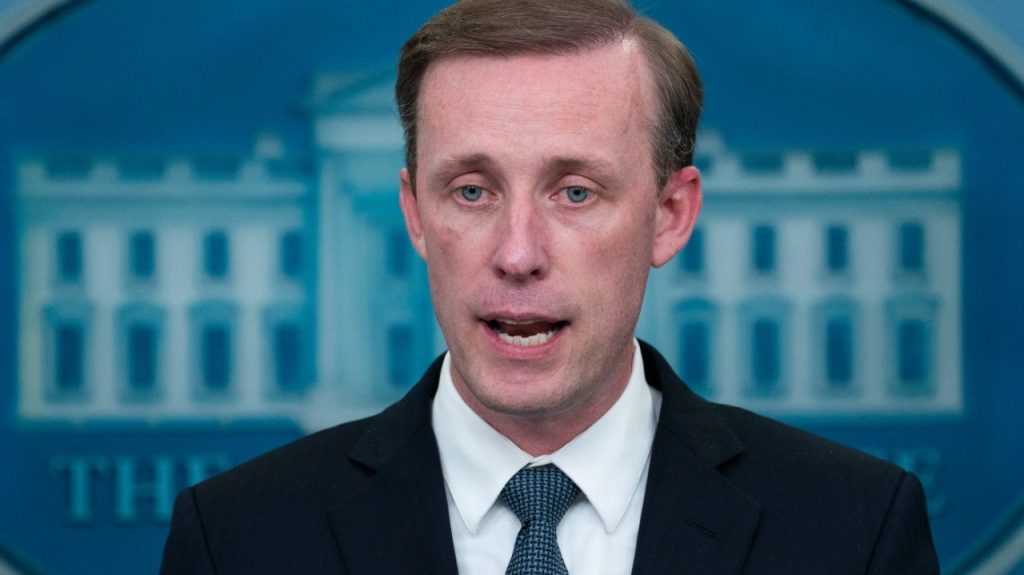 White House National Security Adviser Jake Sullivan told reporters Monday that the United States believes the Iranian government is preparing to supply Russia with hundreds of drones to aid Moscow in its ongoing attack on Ukraine.

Our information indicates that the Iranian government is preparing to supply Russia with up to several hundred UAVs [unmanned aerial vehicles]including drones capable of making weapons, on a fast schedule,” Sullivan said at a press conference.

Sullivan said the Iranians are preparing to train Russian forces to use drones Air vehicles early this month. It is not clear if any have been handed over to the Russians at this time.

The National Security Adviser released the information to show the difficulty Russia is having in maintaining its stockpile of weapons as Russian President Vladimir Putin’s war in Ukraine approaches its sixth month.

Sullivan made the remarks while briefing reporters on President Biden’s upcoming visit to the Middle East. Biden is expected to leave for the trip later this week, bound for Israel and then Saudi Arabia.

It is expected that Iran and its nuclear program will be two topics of discussion during Biden’s travels. The Biden administration has sought to return to the Iran nuclear deal that former President Trump withdrew from during his tenure, but has so far been unable to strike a deal.

This is where gas prices fell the most

During his remarks to reporters, Sullivan indicated that Iran provided the Houthis with similar weapons to help launch attacks against Saudi Arabia before brokering a ceasefire.

Sullivan expressed confidence that the Ukrainians, with the help of the United States and other countries, would be able to “effectively defend and preserve” the capital of Kyiv, which Russia tried and failed at the beginning of the war.

He also argued that Russia had “already failed significantly to achieve its objectives in Ukraine”, referring in part to the failure to capture Kyiv.