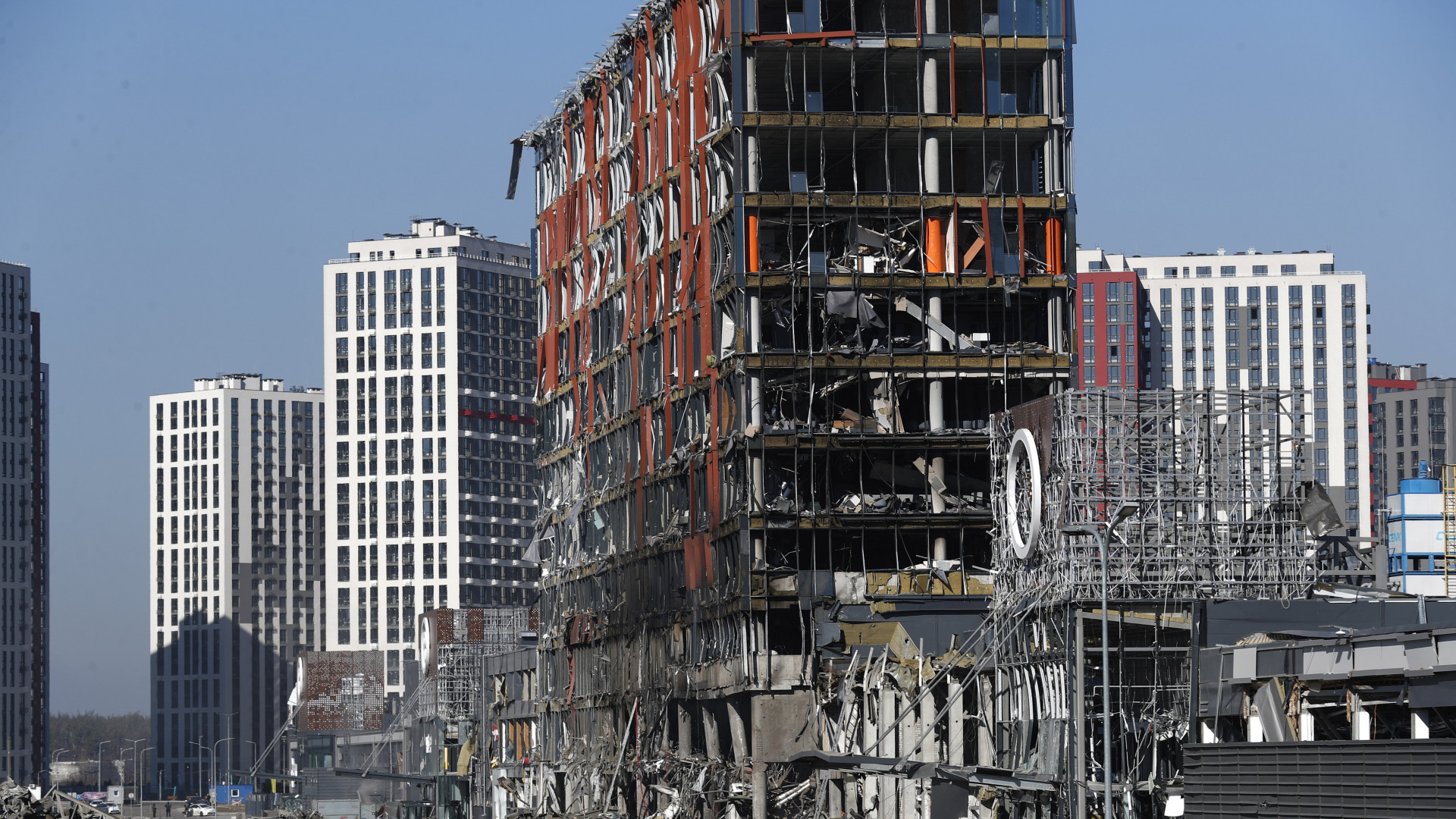 “Russian President Vladimir Putin finally wants to persuade the world to listen and understand our concerns,” Peskov said in an English statement.

“We have been trying to explain our concerns to the world, Europe and the United States for decades, but no one is listening,” said a Russian spokesman on the list of Western sanctions.

“Until it was too late, we decided to launch a special military operation We will eliminate the Russian opposition that has developed on our border“- Kremlin spokesman said.

He stressed that the action is continuing as per the preliminary objectives and plans. Responding to a question from the host, he said, “From the beginning, no one thought it would take a few days for surgery.” “It’s a serious move with serious goals,” he said.

As he said, before the start of the Russian offensive on February 24, there were clear indications that Ukrainian government forces were preparing to attack the broken areas of Donetsk.

Speaking of Mariupol being besieged by Russian troops, he said the main goal of the armed forces was to clean up the city of “nationalist organizations”. As he said, Ukrainian “nationalists” will not allow citizens to retreat, which is used as a shield of life.

Peskov added The occupation of Ukraine was not one of the objectives of the special military operationHe recalled that the Kiev leadership had militarized the country, cleansed it of “nationalist organizations”, achieved neutrality, and recognized that Crimea was an inseparable part of Russia and that the “People’s Republics” were Donetsk and Luhansk. Independent.

“Vladimir Putin is not angry with the people of Ukraine, nor is Russia angry with the people of Ukraine. He is angry at the people in Ukraine who want to turn the country into a part of NATO so that they can station US nuclear missiles on its border. And he is angry that people in their home country are being banned from speaking Russian, including Russians who have lived in Ukraine for decades. He is angry at people walking with Nazi symbols on the streets of Kiev and Liv. It also angers those who want to negotiate with the world and the Minsk negotiating team without fulfilling their obligations for many years, “Peskov said.

The Nuclear weapons Asked about possible deployment, Peskov said under the rules of the Russian National Security Strategy Russia will begin using these tools only if the state’s existence is endangered.

Pesco also talked about it The United States operated laboratories in Ukraine to develop components for biological weapons.

“Unfortunately, we have good reason to believe and have strong evidence that the United States is implementing biological laboratory programs in various states around Russia, including Ukraine, and that this is a very well-developed and risky project that is secretly overseen by US experts,” he said.

He said that Russia had destroyed its own biological and chemical weapons by 2017 under international agreements, adding that this was a fact that we had to face.