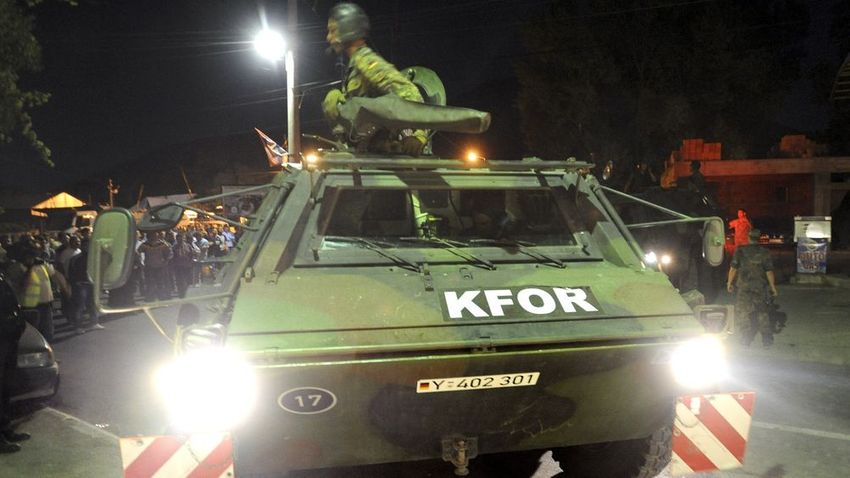 The leaders of Kosovo and Serbia accuse each other of acts of violence. The deployment of Kosovo special forces to the Serbian border was announced on social media. In an address to citizens on Sunday, Serbian President Aleksandar Vučić announced that Kosovo’s police would begin an operation in the northern part of the province from midnight on August 1, preventing citizens from entering with identification documents. Serbian authorities are launching an operation against cars with Serbian license plates as well as “Republic of Kosovo” registration number, oroszhirek.hu reported.

Calling on Kosovo Albanian authorities to respect peace, Vucic also warned that “Serbia will win” in aggressive actions against Kosovo Serbs. The President of the Republic of Serbia assessed that the situation of their people in Kosovo and Metohija is very complex and complicated. As he said, The regime in Pristina tries to present itself as a scapegoat in order to take advantage of the mood of the world, where they think they know, and they immediately declare: “Big Putin ordered little Putin and this is how they will create a new Zelensky, Albin, in the form of Kurdi, who will make a big change and lead to a great Serbian hegemony. will fight against”.

Meanwhile, Kosovo Prime Minister Albin Kurdi tweeted that Serbian government-controlled criminals were firing in the north and called for calm and caution against misinformation. “The coming hours and days may be challenging. We face chauvinism as we know it… We will work day and night for our democratic republic,” he added.

Kosovo Prime Minister Kurdi confirms shootings by Serbian government-controlled criminals in the north
“The coming hours and days are challenging. We face the 🇷🇸 chauvinism we all know… We will work day and night for our democratic republic.” pic.twitter.com/mA85SpTIwk

See also  Worship: Zhelensky at the Cannes Film Festival: Hundreds die every day, they never get up after being knocked down

Kosovo police announced that the Zarinje and Branjak border crossings were closed to vehicular traffic due to blockades set up by protesters. On July 31, Serb residents of northern Kosovo blocked roads near Serbian border crossings to protest a decision by the capital, Pristina, to introduce midnight regulations on identity cards and license plates, Radio Free Europe/Radio Liberty reported. The protests began after the Kosovo government announced that, starting August 1, travelers from Serbia would be granted new entry and exit documents issued by Pristina with Serbia-issued documents valid for three months.

Earlier, the Serbian Ministry of Defense denied the information about the military entry into the territory of Kosovo and Metohija and called not to spread fake news. The army said there were no clashes between the Serbian army and Kosovo police. Both sides said that the criminals may have opened fire.

NATO’s Kosovo unit told KFOR that it would immediately intervene in the event of war between the two sides, if necessary.