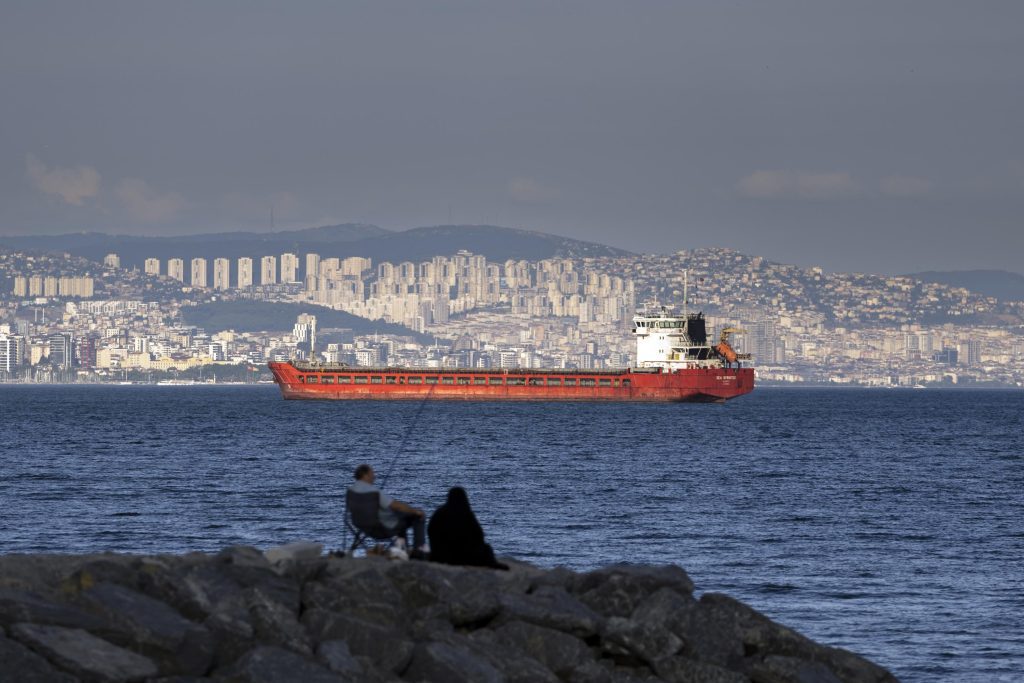 Russia and Ukraine signed separate agreements on Friday with Turkey and the United Nations, paving the way for the export of millions of tons of much-needed Ukrainian grain – as well as Russian grain and fertilizer – to end the wartime standoff that has threatened food security around it. the scientist.

The agreement will enable Ukraine – one of the world’s most important bread baskets – to export 22 million tons of grain and other agricultural products stuck in Black Sea ports due to the Russian invasion. UN Secretary-General Antonio Guterres called it a “beacon of hope” for the millions of hungry people who have faced massive increases in food costs.

“The deal that allows grain to leave the Black Sea ports is nothing less than saving the lives of people around the world who are struggling to feed their families,” said Director General of the Red Cross, Robert Mardini, noting that food prices over the past six months have risen by 187 staples. % in Sudan, 86% in Syria, 60% in Yemen, and 54% in Ethiopia.

“Today there is a lighthouse on the Black Sea,” Guterres said. “A beacon of hope, a beacon of possibility, a beacon of relief in a world that needs it more than ever.”

“I have overcome obstacles and put aside differences to pave the way for an initiative that serves the common interests of all,” he said, addressing the Russian and Ukrainian envoys.

“This is a critical step forward in efforts to overcome global food insecurity caused by Russia’s aggression against Ukraine,” said Josep Borrell, the European Union’s foreign policy coordinator. “Its success will depend on the speedy and goodwill implementation of today’s agreement.”

Ukraine is one of the world’s largest exporters of wheat, corn and sunflower oil, but the Russian invasion of the country and a naval blockade of its ports halted shipments. Some Ukrainian grain is transported across Europe by rail, road, and river, but the prices of basic commodities such as wheat and barley soared during the nearly five-month war.

“This will help stabilize global food prices, which were already at record levels even before the war – a real nightmare for developing countries,” Guterres added.

The agreement stipulates conditions for the safe passage of ships through heavily mined waters. A coordination center will be set up in Istanbul, staffed by UN, Turkish, Russian and Ukrainian officials, to monitor the ships and manage the operation through designated corridors. Ships undergo inspections to ensure they do not carry weapons.

A senior UN official said the cargo ships would use “safe channels” defined by Ukraine as they sail in and out of ports and would be piloted by Ukrainian pilots. The plan does not foresee more demining operations in the territorial waters of Ukraine, which would have delayed the operation.

The official said no military ships would be used as escorts, but that the minesweeper would be on standby in case “safe channels need to be checked from time to time.”

Ships entering Ukrainian ports will be checked by inspection teams that will include representatives of all parties involved to ensure that there are no weapons on board. The emptying of grains on the vessels will also be monitored.

One of the main elements of the deal, the official said, is an agreement between Russia and Ukraine that there will be no attacks on any of the ships.

The official noted that it will take a few weeks before the deal is fully operational, noting that Ukraine needs about 10 days to prepare the ports and also needs time to “identify and clarify those safe passages.”

The official said the ships’ initial movement might be possible before that time “just to show they’re up and running.”

The goal is to export about 5 million tons of grain per month to offload Ukrainian silos in time for the new harvest, according to the UN official. The agreement is for a period of 120 days and is renewable.

He proposed a comprehensive deal in early June amid concerns that the war was threatening food supplies for many developing countries and could exacerbate hunger for up to 181 million people.

On Friday, Guterres described the deal as an unprecedented agreement between two parties embroiled in a bloody conflict. Erdogan expressed his hope that the initiative would be “a new turning point that would revive hopes for peace.”

Before the agreement, Russian and Ukrainian officials blamed each other for blocking grain shipments. Moscow accused Ukraine of failing to clear naval mines in ports to allow safe shipping, and insisted on its right to check incoming ships for weapons. Ukraine argued that Russia’s blockade of the port and missile launches from the Black Sea made any safe shipments impossible.

Ukraine has sought international guarantees that the Kremlin will not use safe passages to attack the main Black Sea port of Odessa. The Ukrainian authorities also accused Russia of stealing grain from eastern Ukraine and deliberately bombing Ukrainian fields to set them on fire.

Volodymyr Sedenko, an expert at the Kyiv-based Razumkov Research Center, noted that Ukraine did not raise the issue of grain stolen from the occupied territories in the talks.

It appears that he was part of a deal: Kyiv does not raise the issue of stolen grain and Moscow does not insist on checking Ukrainian ships. Kyiv and Moscow were forced to cut a deal and concede many differences.

The analyst noted that the deal was also important to Russia’s geopolitical relations.

“Russia decided not to fuel a new crisis in Africa, to provoke hunger, and to make governmental changes there,” Sedenko said. The African Union asked Putin to quickly ease the grain supply crisis and put pressure on the Kremlin, which has interests in Africa.

Follow the AP’s coverage of the Russia-Ukraine war at https://apnews.com/hub/russia-ukraine