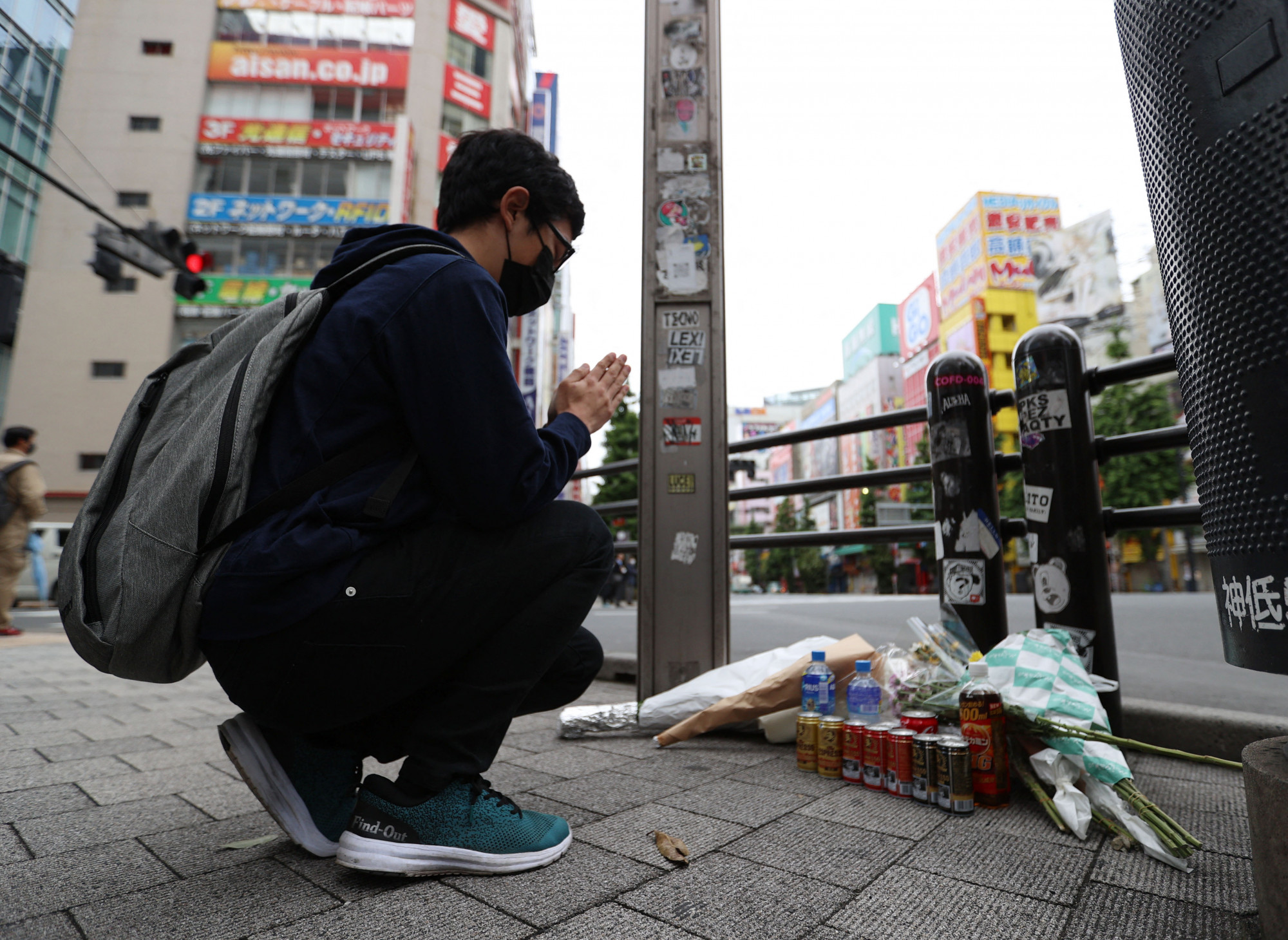 A Japanese man who stabbed seven people to death fourteen years ago in Tokyo has been hanged, local media reported.

Tomohiro Kato, 39, was executed Tuesday for the June 2008 rampage, according to public broadcaster NHK and other news outlets. He drove his two-tonne truck into pedestrians in Akihabara, a district of the capital known for its electronics shops and geek subculture. Then he got down from the truck and stabbed 7 people.

Asked by police that he was “tired of life,” Kato testified about his motive, saying, “I came to Akihabara to kill people. It doesn’t matter who I kill.”

He was arrested after the attacks following a confrontation with an armed police officer. He documented his trip to Akihabara on the Internet and sent messages to his cell phone from behind the wheel of the truck. He had visited the area several times before the attack and, knowing it was packed with shoppers and tourists, was drawn to the discount stores.

Cato was sentenced to death in 2011 and the Supreme Court upheld the verdict in 2015.

Japan continues to resist international pressure to abolish the death penalty. Prisoners typically await execution for years and are notified hours in advance. As a result, two death row inmates sued the government in 2021, arguing that the practice was “inhumane” and unconstitutional because it did not give inmates enough time to contact their lawyers and appeal the death sentence.

The death penalty is usually imposed in multiple murders, and the practice has long been criticized by international human rights organizations because of the mental anguish it causes. In a 2009 report, Amnesty International accused Japan of “cruel, inhuman and degrading” treatment of death row inmates.

But public opinion polls show strong support for the death penalty, especially after high-profile crimes such as the 1995 sarin gas attack in a Tokyo subway by members of the doomsday sect Aum Supreme Truth. (Guardian)