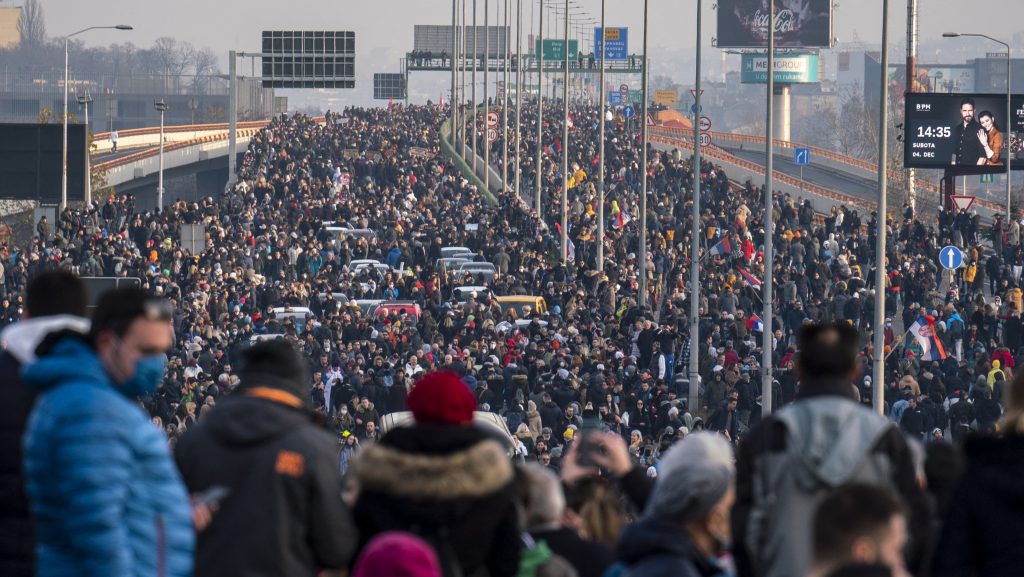 Thousands staged a roadblock in Serbia on Saturday against the opening of the British-Australian mining giant lithium mine in Rio Tinto, near Losnica in western Serbia. Environmentalists say the mine will wreak havoc there, writes MTI.

Protesters closed one of the highways connecting Belgrade and raised anti-government slogans while the cabinet supported plans to open the mine.

There have been less significant demonstrations in other cities as well. Local media reported that a minor clash erupted between protesters and supporters of the mining project in Belgrade and Novi Chad.

Similar environmental demonstrations have already taken place last week. In Szabács, masked men attacked a rally there, accusing the government of sending thugs to them on social media.

Rio Tinto discovered a lithium reserve near Losnica in 2006 and had already purchased the land needed to build the mine, but permission to mine it had not yet been obtained. According to the Serbian subsidiary of the multinational company, $ 2.4 billion (HUF 770 billion) will be invested in the company.

Environmental protection is gaining more attention in Serbia and other Balkan states after air pollution levels in several major cities in the region provoked public outrage last year. There are also serious concerns about the idea of ​​setting up small power plants near rivers that have not yet been touched. Environmental activists say the projects could have a serious environmental impact and only serve the economic interests of the local political elite.

Arzu
See also  The Russians are threatening to sever US ties