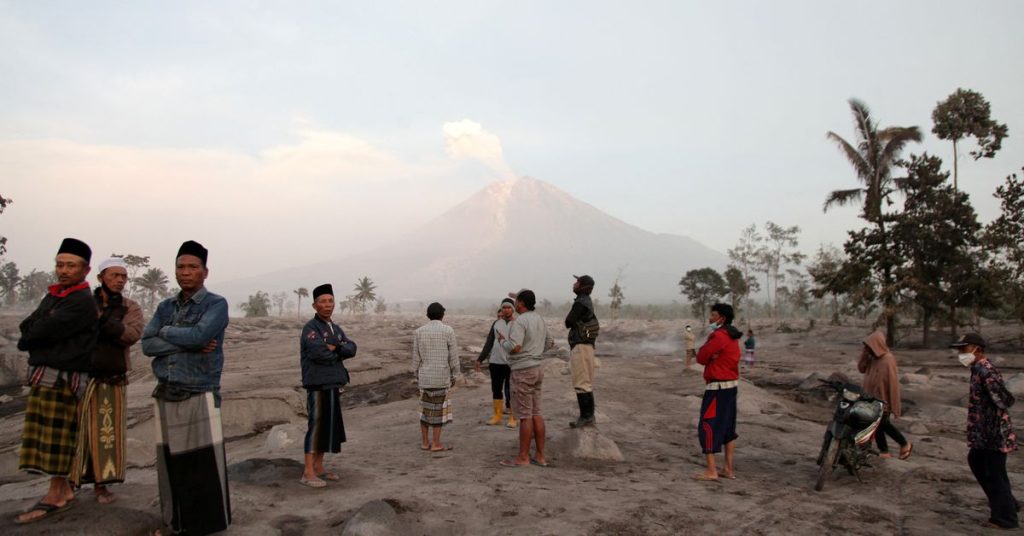 JAKARTA (Reuters) – Thousands of residents in East Java, Indonesia, were on high alert on Monday after a violent eruption at the island’s highest volcano prompted authorities to impose an eight-km no-go zone and evacuate entire villages.

Tulip Vatilhan, a spokesman for Pasarnas, told Reuters that the regional search and rescue agency had deployed teams to the hardest-hit areas near Mount Semeru to assess the damage, with less rain bringing some relief.

“Yesterday, there was a high level of precipitation, which caused all the material to come down the mountain. But today, until now, there is no rain, so it is relatively safe,” he said.

No injuries were reported and there was no immediate disruption to air travel.

The 3,676-meter-high volcano erupted at 2.46 pm local time on Sunday (0746 GMT). Footage filmed by locals showed Mount Semeru spewing a giant cloud of gray ash over the crater, which subsequently engulfed the mountain and surrounding rice fields, roads and bridges, turning the sky black. A video clip posted by the Ministry of Environment on Twitter showed the flow of lava, rocks and hot gases on the mountainside.

Authorities said people fled the eruption on motorbikes and nearly 2,500 people were forced to leave.

Indonesia’s Volcanology and Geological Hazard Mitigation Agency on Sunday raised the alert level for Mount Semeru to the highest level. The agency also issued a warning to residents not to come within 8 kilometers (5 miles) of the summit, or 500 meters of riverbanks because of the dangers of lava flows.

The eruption, 640 km east of the capital, Jakarta, followed a series of earthquakes in West Java, including one last month that killed more than 300 people.

An archipelago of 270 million people located along the Pacific Ring of Fire, Indonesia is one of the most disaster-prone countries on Earth.

With 142 volcanoes, Indonesia has the world’s largest number of volcanoes living within the vicinity of a volcano, including 8.6 million within a 10 km (6.2 mi) radius.