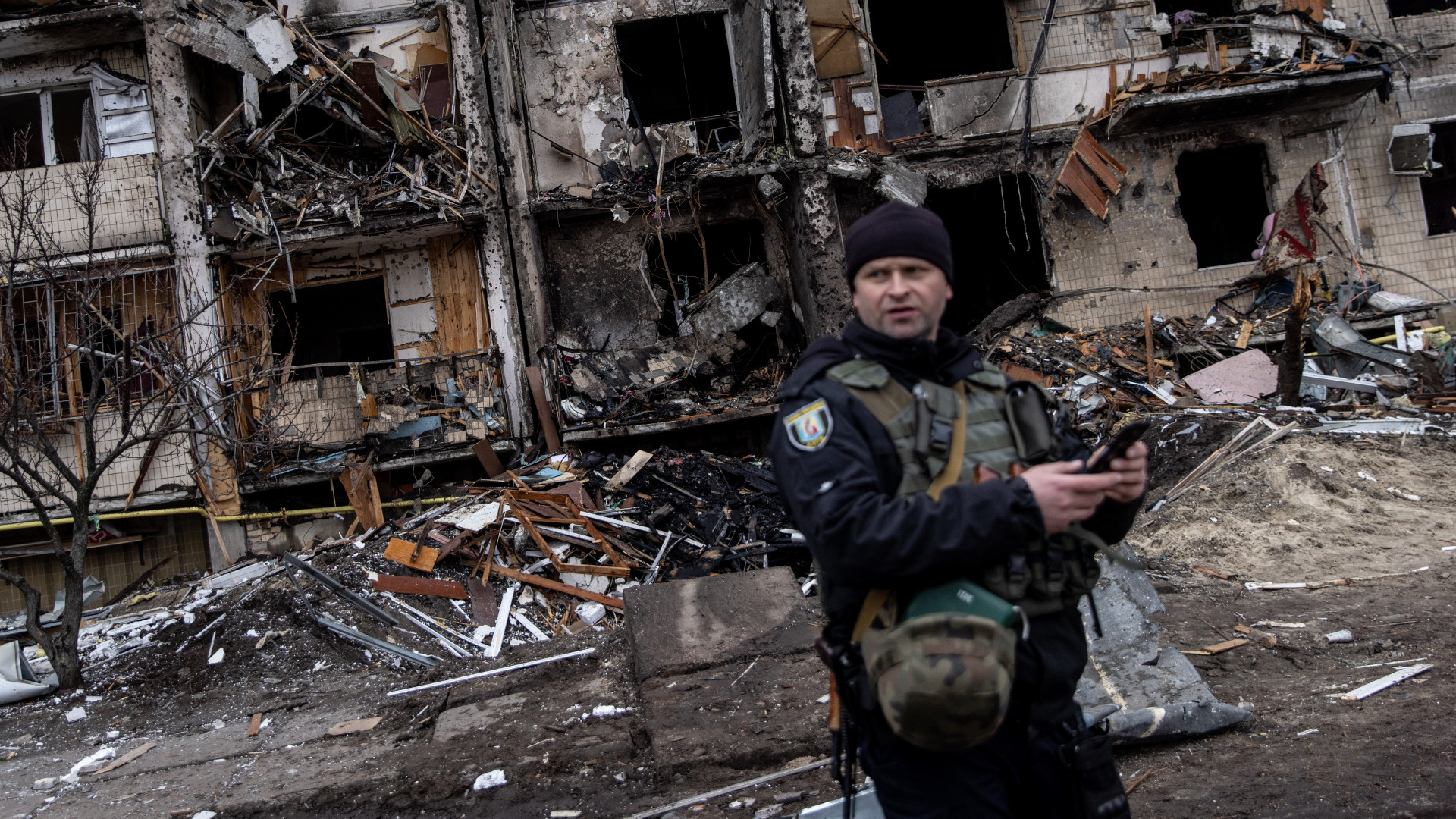 The Russo-Ukrainian war may be the most widely documented military conflict in world history, meaning the most intense information and propaganda war surrounding the conflict. There is misunderstood, accidental or deliberately distorted, perhaps completely misleading information about the conflict. Both sides even try to interpret the video footage according to their own narratives.

Unfortunately, that is clear Both parties are “at war” over their own and hostile casualties and civilian casualties.

On the other hand, it is clear that there are many victims of this conflict, but it is very difficult to see exactly how much of this is due to the information war.

The Ukrainian side reports exactly how many Russian soldiers were killed each morning and how many Russian military vehicles were destroyed since the beginning of the conflict. Initially, these figures were confirmed as facts, and since then, Defense Minister Alexei Resnikov He acknowledged that they were not completely accurate and that they were only referred to as “estimated” hostile losses.

In contrast, the Russian side admitted for the first time yesterday that they had suffered no casualties during the “special operations” launched in Ukraine. The Kremlin said 498 fell and 1,597 soldiers were injured. Their casualties in the war vehicles were not reported.

See how much variation there is: Ukraine reports 18 times more Russian losses than the Russian side.

Based on these, it can be assumed that no party is reliably represented: The Russians underestimate and the Ukrainians overestimate the Russian losses.

The Pentagon last announced an estimated Russian loss on Monday: then 2,000 were laid off. At the time, it seemed like a very realistic estimate based on the leaked videos, reports and news.

Ukraine announced 5,300 Russian losses on Monday, so if this loss starts from a dynamic, Russian losses could now be realistically 3000-3500, but it is necessary to emphasize: this may be a very misleading estimate, and you can not know. Specific numbers due to war turmoil.

In the field of war vehicles, the most realistic loss documents Orix Conducted by project members, Confirming the number of lost war vehicles by pictures and geolocation, moving from vehicle to vehicle. The Oryx project is 1-2 days late and their information is incomplete, but they are still there On the Russian side, 515 lost (destroyed + abandoned + occupied) military vehicles were counted.

Based on the summary of Oryx, here are some:

Although Orix may not be able to realistically track every war vehicle, it can be seen that Ukrainian communications are actually overestimated. The losses of Russian technical equipment are very serious.

It may be even more difficult to summarize the losses in Ukraine. The Ukrainian side did not continue to report its own casualties, most recently losing 40 soldiers on the first day of the invasion.. The Russians said yesterday that it was almost a week

The Pentagon on Monday estimated the actual loss of 2,000 Russians and 1,500 Ukrainian casualties.

Fortunately, Oryx also makes a collection of Ukrainian war vehicle losses, the above denials are valid in terms of accuracy.

Based on current work Loss of Ukrainians 163 military vehicles, 67 of which were destroyed, 4 suffered irreparable damage, 43 were abandoned by operators and 49 fell into the hands of the enemy.

Since the Russians did not report any casualties on Ukrainian war vehicles, it is interesting to compare them to the losses of Russian war vehicles published by ORIX. To mention a few:

Thus, from statistics it can be seen that in Ukraine there may be losses of about 30-40% in terms of vehicles and 70-75% in terms of employees in Russia.

Unfortunately, as the attack progressed and the fighting intensified, more civilian casualties occurred. Even if one or the other does not intentionally discriminate because of the fight, Even then, it is not possible to calculate the exact number of victims in the population. It is common for everyone to try to cover up the number of atrocities committed against their own citizens, but so far the leaks confirm that Russian and Ukrainian forces and gunmen in deliberate organizations committed deliberate atrocities against the population.

Ukraine says 2,000 civilians have been killed in a Russian offensive that began on February 24. – It refers to both injury and death.

On the contrary, the UN According to its latest report The clashes between February 24 and March 1 killed 227 civilians and injured 525 others – Added: The number of actual victims may be significantly higher than this, but may be significantly lower than the 2,000 registered by the Ukrainians.

Unfortunately, the death toll from the remaining conflict is expected to rise exponentially.

There are two main reasons for this:

This is well illustrated by the attack on Kharkov:

It is very unfortunate that those who foretold a war with historically severe casualties in the face of the apparent Russian invasion of Ukraine would be right.

If a solution is not reached within a short period of time.

Of course, there have been wars with even greater casualties (e.g. Iran-Iraq, Second Congo conflict, Yemen civil war, May be Yugoslav war on civilians), but Russia did not explicitly intervene, and our findings above apply to Russia / the Soviet Union.

It is true for almost all modern wars that the most intense fighting and the most severe casualties occur around cities on both sides of the military and civilian, so we expect even more severe casualties and rapidly increasing civilian casualties in the coming weeks. .

We hope that both Russia and Ukraine are aware of this and that a just peace agreement is reached soon to avoid further escalation.