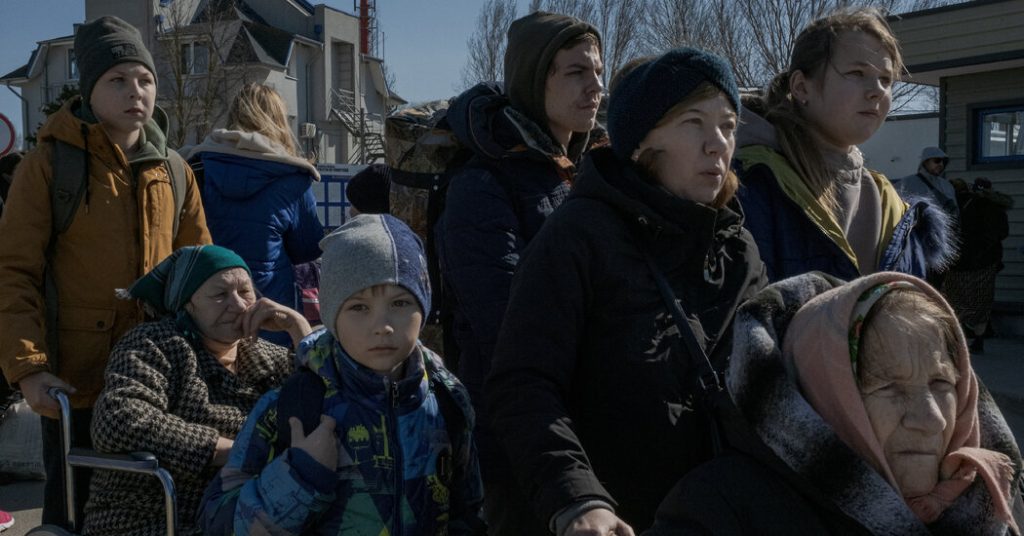 It also takes many years for sponsored family members to be approved by green card holders or US citizens.

But with Ukraine devastated by Russian bombing, it is unlikely that many of those seeking asylum in the United States will be able to return home any time soon.

Some Ukrainians may be offered parole on humanitarian grounds, such as evacuees of Afghans. But this does not open a direct path to legal residence, because it is intended for temporary residence. In order to stay permanently, these refugees will have to apply for asylum, which involves navigating an already hugely stressful system.

“We welcome the administration’s announcement, but we hope the United States will commit to accepting Ukrainians in permanent legal status until they regain some control over their lives,” said Melanie Nezer, vice president at HIAS, another resettlement agency.

“By definition, we’re talking about many people who have family networks and support here,” she said.

The United States is home to approximately one million people of Ukrainian descent, with large communities in New York, Pennsylvania, California, and Washington State. Thousands of evangelical Christians began arriving in the 1990s, after Congress passed a law allowing persecuted religious minorities to come to the United States as refugees. The first arrivals continued to sponsor relatives to join them, and about 7,000 people were in the pipeline before the Russian invasion.

The administration has faced intense pressure to help those fleeing Ukraine, including from European allies who help most of the refugees.

In Europe, Poland, Moldova, and Romania have opened temporary shelters to house displaced Ukrainians. EU age earlier this month Temporary Protection DirectiveCollective protection for Ukrainian refugees allowing them to stay in the region for a year, with the possibility of extension.