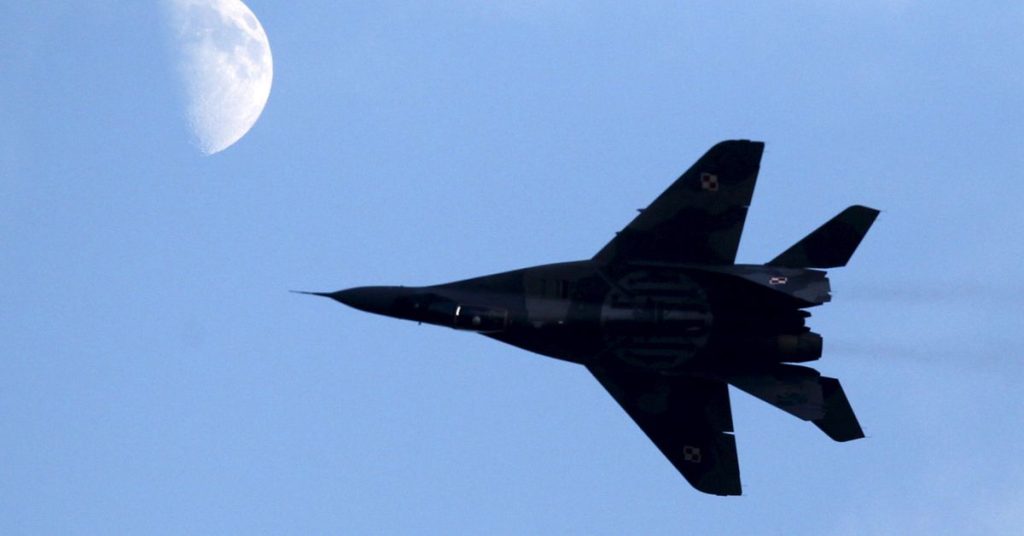 WASHINGTON (Reuters) – The U.S. State Department’s No. 3 diplomat said on Tuesday that Poland’s decision to put all of its MiG-29 fighter jets at the United States’ disposal was a “surprising move” from Warsaw, after Ukraine asked European nations to provide planes to help it fight the Russian invasion. .

“To my knowledge, we have not been consulted in advance about their intention to deliver these aircraft to us,” Under Secretary of State for Political Affairs Victoria Nuland said at a Senate Foreign Relations Committee hearing. “So I think this was actually a surprising move by the Poles,” she said.

The Polish Foreign Ministry said earlier that Poland is ready to deploy all of its MiG-29s at the Ramstein air base in Germany and put them at the disposal of the United States, and urges other NATO members with such aircraft to do the same. .

Ukrainian President Volodymyr Zelensky last week made a “desperate plea to European countries to provide Russian-made aircraft” to Ukraine’s fight against Russian invaders during a video call Saturday with US lawmakers.

US lawmakers have been pressing the Biden administration to facilitate the transfer of combat aircraft to Ukraine from Poland and other countries in NATO and Eastern Europe.

The administration is discussing Ukraine’s request with Poland. Administration officials said there are logistical challenges in both moving the planes to Ukraine and providing alternative American planes.

Warsaw’s decision to offer its fleet of Soviet-era MIG-29 fighter jets to the United States has experts in the U.S. government scrambling for information about legal restrictions on relocating the planes to Ukraine.

The main issue, Nuland said, was assessing Poland’s immediate needs if it was bordering on the conflict.

“Poland – they benefit from full air security from NATO… The main issue is assessing Poland’s urgent needs in the context of being a neighbor of this conflict,” she said, adding that Washington is also looking into placing some Patriot missile batteries in Poland.

Poland supports Kyiv with defensive weapons, but has said it will not send aircraft to Ukraine, as it is not a direct party to the conflict between Ukraine – which is not a NATO ally – and Russia.

Cutting through the red tape?

US Air Force and Defense Department officials are still trying to understand the implications of moving the Polish MiG, but they said the White House National Security Council is in the best position to understand whether the US could even accept the planes as a donation.

If such a donation is possible, it is not clear whether the United States can then move the aircraft to Ukraine, or whether it will be necessary to accept the aircraft, declare them as surplus, and then proceed with the transfer of the excess defense material.

Experts said landing hatches for Polish planes at a US air base in Germany and other practical concerns about how the planes could actually be flown to Ukraine were other unanswered legal questions.

The National Security Council did not immediately respond to a request for comment.

The United States maintains a reserve of surplus weapons, which can be transferred to other countries as long as some legal and regulatory hurdles are removed.

If MIGs can be classified as redundant defense articles, Franklin Turner, a government contracts attorney at McCarter & English, said the president is obligated to give Congress 30 days’ notice of the transfer.

He added that there was a “tremendous amount of red tape impeding this process” and that Biden’s ability to bypass it was constrained by existing legal requirements.