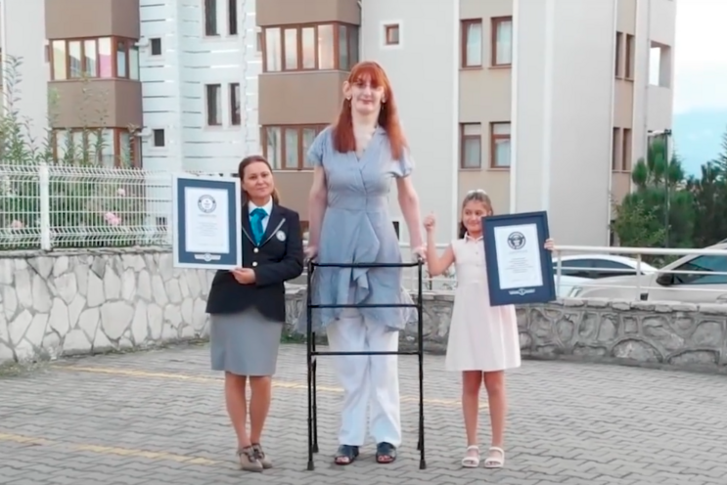 A 24-year-old Turkish man has recently topped the Guinness Book of World Records for his first appearance.

Rumeza Kelki’s astonishing 215-centimeter height was recorded in the Guinness Book of World Records on Wednesday, officially becoming the tallest woman in the world – having been in office since she was 18 for almost seven years.

An interview with Zelki is caused by a very rare disorder called Weaver Syndrome, which is very large, with only about fifty people living worldwide. The symptoms of this syndrome include early development, which begins before birth and continues into childhood and adolescence.

He gets very warm and supportive words from most people and many are asked to film him on the street, but sometimes he gets a weird look, though he doesn’t think it will be a particular problem.

Arzu
See also  Putin is taking serious action, the war in Ukraine is escalating internationally - here is the main news on Wednesday