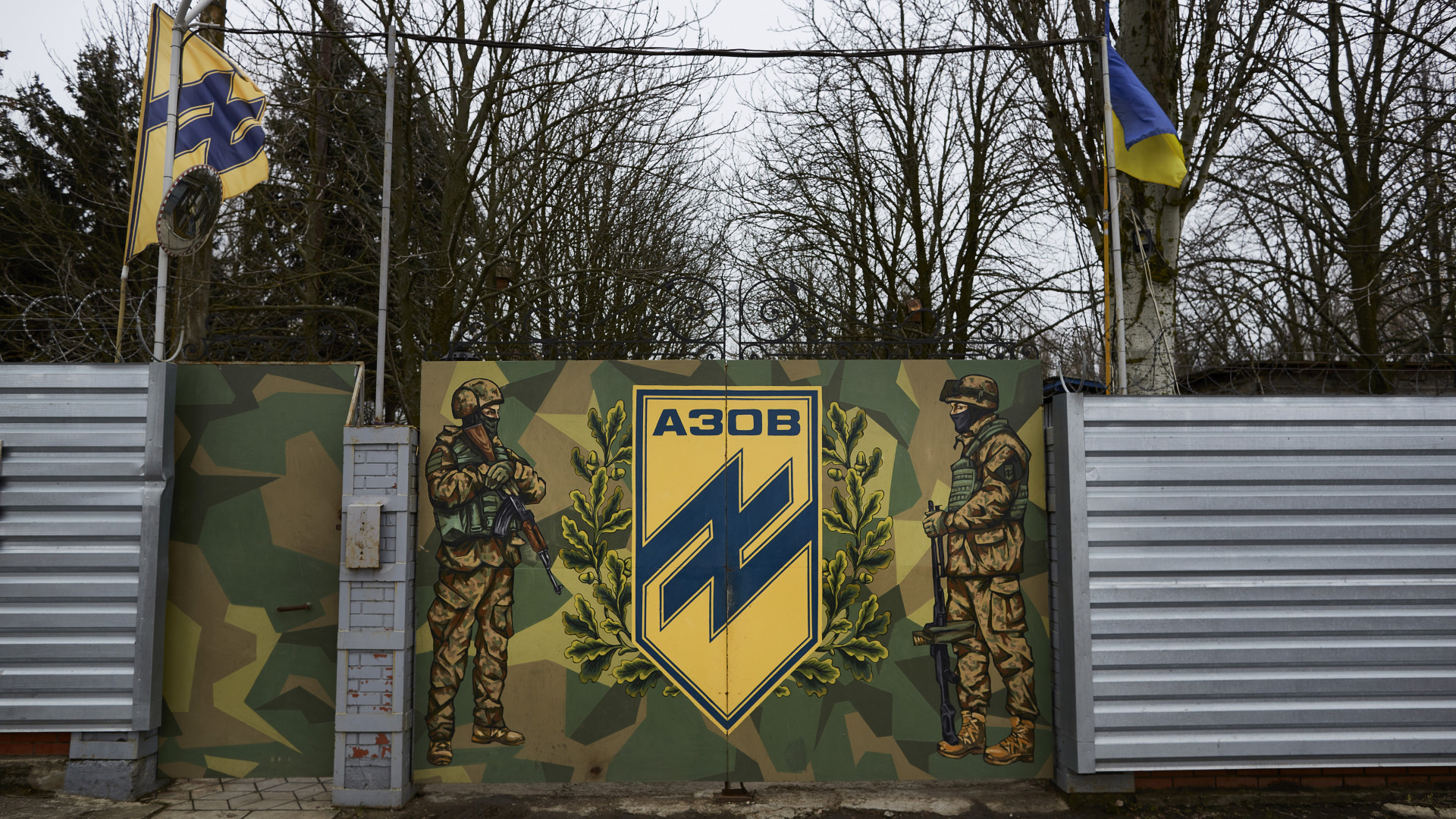 As the main base of the “elite” subdivision of the Azov National Guard is located here, Mariupol was attacked by such fierce forces by the Russians. The armed movement also functions as a political organization, with a significant number of (extremist) nationalists and neo-Nazis.

The Russian leadership accuses Azov of war crimes and when they talk about the “Naziisation” of Ukraine, they often cut out pictures of Azov’s rallies. Members of the Russian military continue to hunt down Azov, and even the general public sees Azov tattoos one by one.

Now it looks like the Russians are attacking Mariupol and Russian-speaking dissidents in Donetsk have captured one of Azov’s strongholds. This is the first time that the base of the “elite” section of the police force has fallen into Russian hands. Based on the on-site video, with no buildings outside the windows, no violent fighting was reported around the site. In the yard we can see Russian BTRs, tanks.

Russian naval and DPR troops enter the Azov base in Mariupol. War correspondent Andrei Filatov says it could have been abandoned but was full of traps and tunnels, which would be difficult to remove. Tanks are useful here pic.twitter.com/hvbqjauRxb

Mariupol has been on fire by Russian attackers for a month, with numerous civilians killed by Russian artillery and airstrikes. The city was almost completely destroyed in the war.