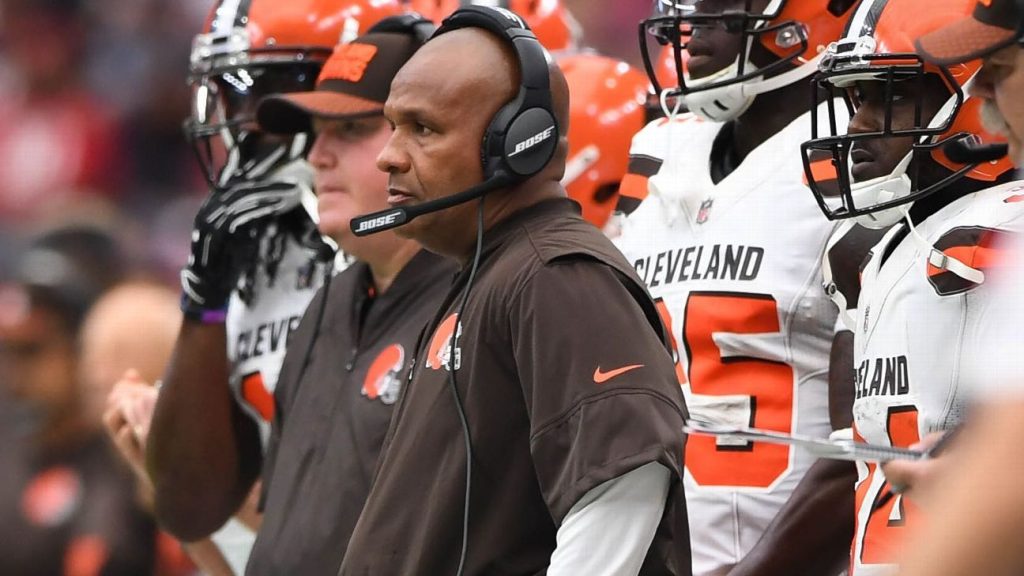 CLEVELAND — The Cleveland Browns spoke to an NFL investigator looking into the claims of former coach Hugh Jackson, who said the team intentionally lost games — tanks — in the 2016 and 2017 seasons.

Jackson, who now coaches at Grambling State, was sacked by Browns owners Dee and Jimmy Haslam eight games in the 2018 season with a record 3-36-1.

In February, Jackson indicated in a series of social media posts that the team had paid him bonuses that motivate him to lose and that he was set to fail. Jackson later watered down those allegations.

“The review is ongoing and expected to be completed soon,” McCarthy said in an email to The Associated Press.

The team released a statement Monday evening, saying it had worked with the league on its investigation.

“Although Hugh retracted his allegations shortly after they were made, it was important to us and the safety of the game to have an independent review of these allegations,” said team spokesman Peter Jean Baptiste. “We have welcomed the investigation and are confident that the results will show, as we have said previously, that these allegations are categorically false.

“We have teamed up with Mary Jo White and are looking forward to the results.”