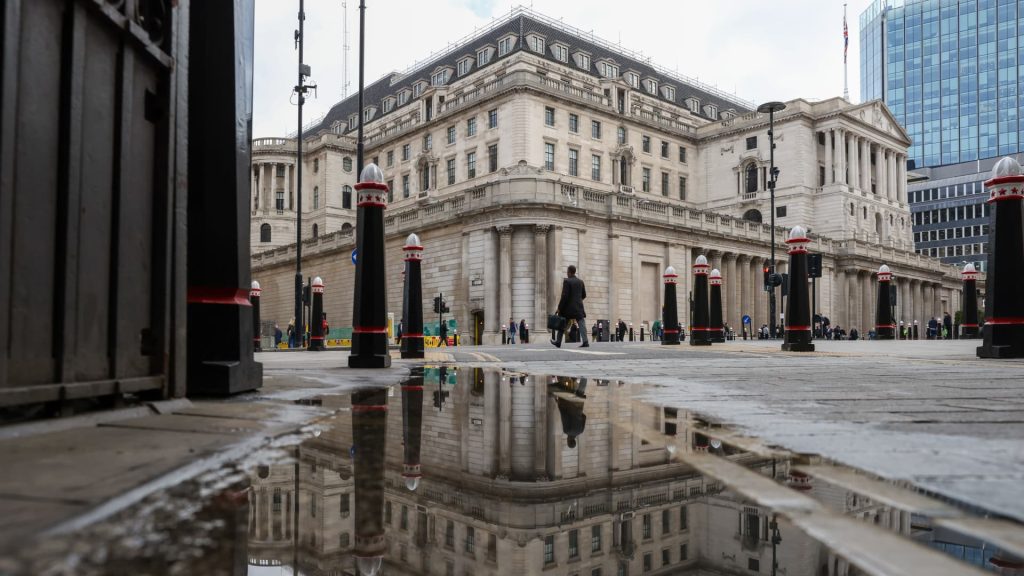 BoE Governor Andrew Bailey warned that the bank is on a “narrow path” between growth and inflation.

LONDON – IN Bank of England On Thursday, it raised interest rates to their highest level in 13 years in an attempt to tackle spiraling inflation.

In a widely expected move, Bank of England policymakers voted to raise interest rates for the fourth consecutive time since December at a time when millions of UK households struggle with the rising cost of living.

The Bank’s Monetary Policy Committee approved a 25 basis point increase by a 6-3 majority, while raising the policy rate to 1%. The bank said minority members favor an interest rate increase of 0.5 percentage point to 1.25%.

Like many central banks around the world, the Bank of England is tasked with steering the economy through increased inflation exacerbated by Russia’s unprovoked attack on Ukraine.

UK annual inflation hit a 30-year high of 7% in March – More than triple the target level of the Bank of England – as food and energy prices continue to rise. Meanwhile, UK consumer confidence fell to a record low in April amid fears of slowing economic growth.

The bank expects UK inflation to rise to nearly 10% this year as a result of the Russia-Ukrainian war and lockdowns in China. It also warned that prices are likely to rise faster than income for many people, deepening the cost of living crisis.

“Global inflationary pressures intensified sharply in the wake of the Russian invasion of Ukraine,” the bank’s monetary policy committee said. “This has led to a material deterioration in the global and UK growth outlook.”

Former Bank of England Governor Andrew Bailey warned that the bank is on a “narrow path” between growth and inflation – and implied that the bank might look to take a more gradual approach to tightening rather than follow the US Federal Reserve with a 50 basis point hike.

US central bank on Wednesday The benchmark interest rate has been raised to a target rate range of 0.75% to 1%. It was the Fed’s biggest rate hike in two decades and the most serious step yet in its battle against high inflation in 40 years.

Sterling pound It fell 1.2% to $1.2468 shortly after the Bank of England’s rate decision. The British currency erased gains from the previous session, falling towards its lowest level since July last year.

“GDP growth in the UK is expected to slow sharply during the first half of the forecast period,” the bank said. “This mostly reflects the significant negative impact of sharp increases in global energy and tradable commodity prices on the real income of UK households and the profit margins of many UK companies.”

UK GDP is expected to rise 0.9% in the first quarter of the year, the bank said, noting that this was stronger than expected in its February report.

Meanwhile, the unemployment rate fell to 3.8% in the three-month period to February and is set to fall further in the coming months.

“The combination of slower growth and higher inflation is challenging for many policymakers, and is reflected in today’s fragmented ballot,” said Hussein Mahdi, macroeconomic and investment analyst at HSBC Asset Management.

“However, with inflation expected to remain higher for a longer period in 2022, MPC policy tightening remains on autopilot amid concerns about the effects of the second round of tight labor markets,” Mehdi said.

“Looking ahead, energy prices and shutdowns in China are major risk factors, but the scope for inflation is subsiding later this year and the impact of large household income pressures on growth may eventually push the bank onto a more pessimistic path,” they added.