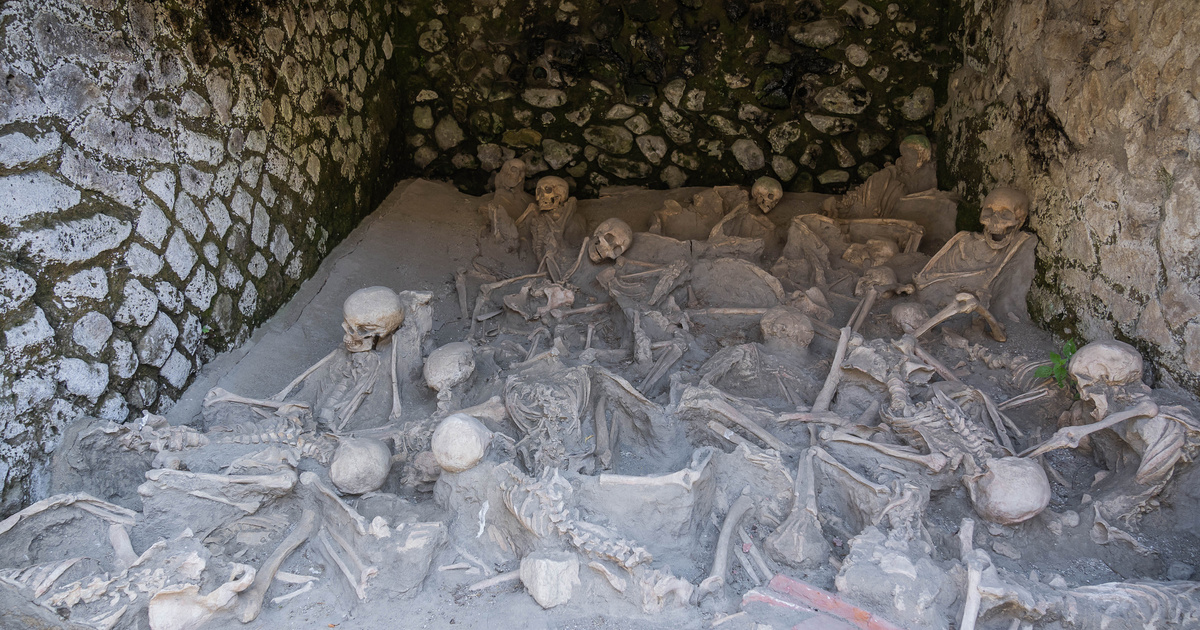 Earthly remains of an escapee or rescuer were found several meters below the volcanic rock in Herculaneum, Italy, where he was buried under Pompeii in 79 when Vespasian erupted.

The decomposed bones of a man aged 40 to 45 were excavated at the site Misfortune At the time of the beach stretch, said Francesco Chirano, director of the Herculenium Archaeological Park. Following the eruption, the shore then moved further 500 meters.

Partial skeleton was found under the burnt pieces of wood, along with remnants of cloth and metal that could have come from man’s personal belongings such as bags, tools, weapons and coins.

From the injury and view of the skull, it can be concluded that the head of the man seeking refuge may have been broken by the fall of the building. The director said that as he fell backwards he faced an inevitable fate before he died.

Cirano said the man may have been involved in the rescue, perhaps a late member of a group that had not yet reached the lifeboats waiting at sea.

When the volcano erupted, ships led by Elder Pliny the Elder and the writer rushed to help the Herculaneums. Pliny was lost on shore, but his officers were able to save hundreds of people.

The site has been excavated for the past 25 years since the remains of more than 300 people were discovered. Archaeologists are still struggling to gather enough evidence before reaching the final conclusions about the whereabouts of the newly discovered skeleton.

To study the bones, the remains of what they contain are large Volcanic volumeMTI said they should be taken to the lab together.