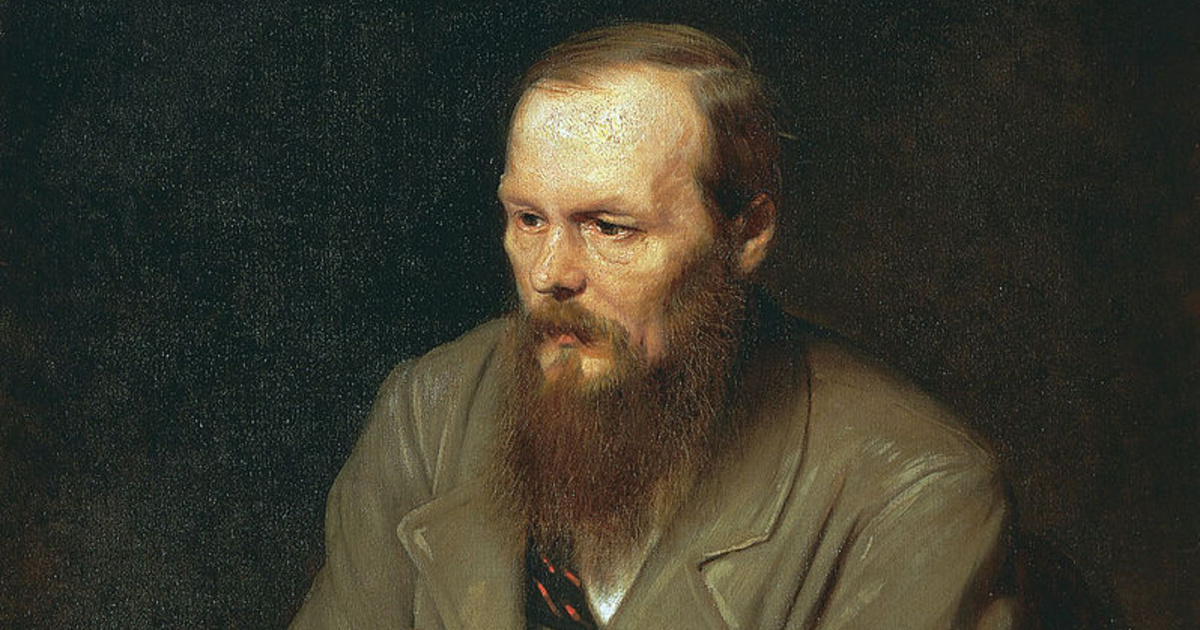 Dostoevsky is the name of the author who had the greatest impact on European novels, European culture, and European existence in general, and shaped our thinking literary, theoretical, and moral. He is the inevitable writer who reads Thomas Mann, Audi, Rilke or Blinsky differently, by whom we see the pathetic little man, the distracted sinner, and the Hadonist who treats pleasures differently. The one who sees love differently is the perfect but pathetic opportunity to lose ourselves.

In your life as an actor, detective, lawyer or lawyer you can not do without him.

I do not know whether the Karamazov brothers’ defensive speech of about a hundred pages is a curriculum in law colleges, but a European lawyer would not be without this knowledge. Its crucifixion, rational system, humanity, expansion and the soul behind it show that if one pursues this profession in a dignified manner, his existence and mission is a creative function, one needs to be sensitive to everything. Justification for existence and creation of the highest level.

Without Dostoevsky there would be no judiciary, police or law enforcement profession. According to Dostoevsky, the starting point is always a kind of crime, and from it emerges the moral philosophy that encompasses the whole world, the moral world order and the worldview, which, according to the supernatural, the divine world, is at once very firm and a torch. Above all this is the principle of regulation. We not only search for the father ‘s killer in the Karamazov brothers, but also discuss Raskolikov’s sins.

In connection with crimes, the most hidden pockets and the most mysterious motives of the human psyche emerge, which is always frightening, not entirely clear even to a given character,

Many individuals are human filters, and our whole realities must be given to reflection, experience, and work, depending on our values, desires, and, given age, given moral media, human and divine conflict. Dostoevsky is a complex system, a Mendeleev table, in which the principle of order of the elements is at once divine, above these worlds, at the same time earthly, mundane and hedonistic, thus incomprehensible.

Dostoevsky’s whole work is this effort, close to cognition, realizing that this is impossible, and that this inability, like most protagonists, leads to insanity, dissent, and insanity. Dostoevsky is also one of our greatest moralists and philosophers, and his sin and punishment are one of the main themes of the novel:

… Suffering is the price of happiness, this is the law of our planet: the direct concept of the process of life is so happy that it pays off with so many years of suffering. Man is not born, but deserves happiness and always suffering.

Freud wrote about him in 1928 in his study of the assassination of Dostoevsky and his father:

The greatest novel ever written by the Karamazov brothers, and the scenes of The Great Inquisitor are one of the greatest achievements in world literature.

He was right because Dostoevsky distracted us and forced us to transgress ourselves.

Raskolikov and his three major novels, The Sin and Punishment (1866), centered on his double murder, and his self-imposed sentence, The Infinite Sympathetic Picker of the Half-Gracious (1868) with Prince Miskin and himself. Three sons, sharp opposites of each other, and each represent an archetype in the society of the Tsar Empire.

Interestingly, however, the two giants of Russian literature,

Dostoevsky and Tolstoy never met, looked at each other from a distance, and their opinions were mentally and artistically different.

According to Tolstoy, Dostoevsky’s figures and dialogues are the best in condemning his art “chaos” and Russian Messianism. Dostoevsky did not like Tolstoy’s excessive order, slow-moving, long works or the mostly aristocratic world he painted. He regarded his contemporaries as a historian.

Stage adaptations of Dostoevsky’s novels are constantly being developed. The performance on the Audrey Stage, where Robert Alfoldi began his acting career practically as Raskolnikov, is unforgettable. Although at first it may seem strange due to its philosophical and literary complexity, due to its universal nature, a ballet was born with the choreography of Boris Eiffmann to the music of the Karamazov brothers Rashmaninov, Musorsky and Wagner.

Dostoevsky’s works and ideals, the sin and guilt he raised, and Christian repentance cannot be avoided by any religion, history of religion, or philosophy of religion. Dostoevsky is the star of Joshima for all of us, he says of the Karamazov brothers:

In particular, remember that you cannot be a judge for anyone. Because no one can be a judge of a sinner until the judge realizes that he is just as guilty as the one before him, perhaps he is primarily responsible for its sin.