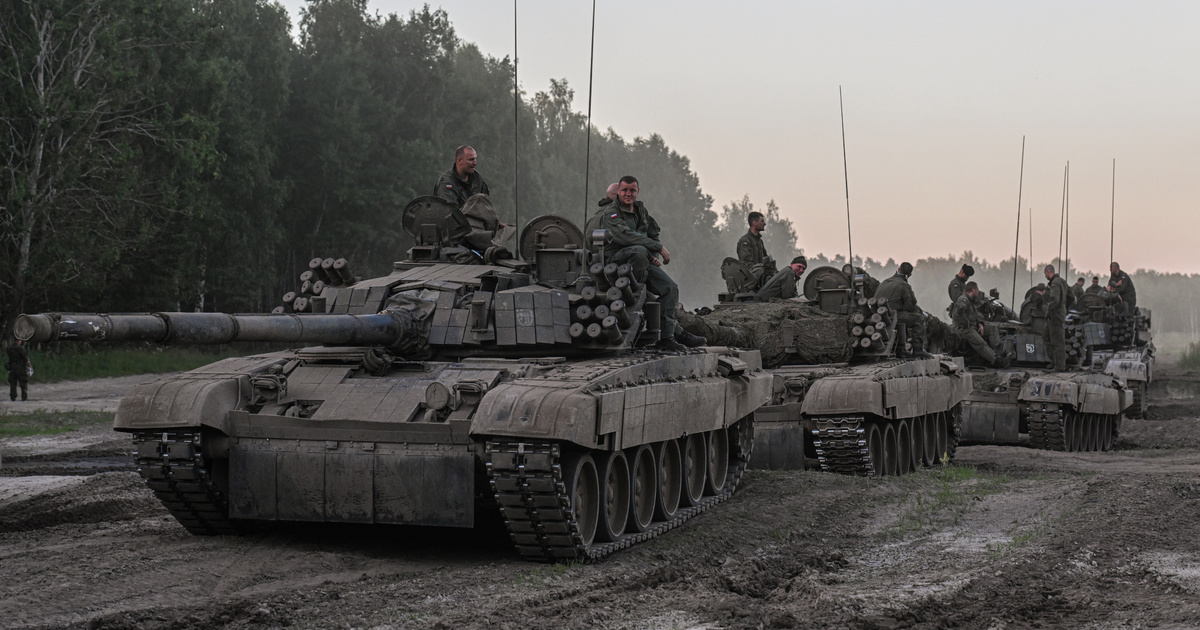 The quiet, calm reaction of the Warsaw government after the clash that claimed two lives was the most surprising development of the past few days: They alerted the Polish military, but they waited until it was clear. Exactly what happened. As we have since learned, a Ukrainian anti-aircraft missile launched to intercept a stray Russian ballistic missile accidentally crashed into Polish farmland. The restrained Polish reaction was based on the reality that they now had one of the best armies in Europe.

Poles do not allow themselves to be distracted, time has already flown over traditional weapons, everyone is looking for modern innovations. Instead, they embarked on major advances and are now on track to have the continent’s most striking ground military force.

The Polish army must be so great that, seeing its strength, no one else would want to go to war with it

he said Prime Minister Mateusz Morawiecki in his speech on Poland’s Independence Day. This is consistent with the concept of Poland’s indispensable ally.

In recent years, Poland has become our most important military partner in Europe

A senior US military official notes Warsaw’s role in supporting the Ukrainians and strengthening the Baltic security system. Germany is America’s primary ally in the region and, because of its position, a link between East and West. However, the U.S. military chief warned that endless debates about how to increase Berlin’s military power and the lack of a necessary strategy would greatly hamper its effectiveness in this area.

Unlike Germany, where recruiting new soldiers is difficult, in Poland it goes very smoothly. Poles have a high regard for the military because they know their freedom depends on it if things go wrong, says Gustav Kressel, a former Austrian army officer and military historian who now works in a department at the Council of Europe. In military circles, he adds, the excellence of the Polish armed forces is no longer questioned anywhere. Another question is when Poland can turn military power into political influence.

The current right-wing Polish government has long been at loggerheads with the leadership in Brussels over the rule of law and control of the courts. The various political forces agree on only one thing and that is to increase military strength and military spending. While Warsaw is very wary of Moscow, it treats the Americans’ credibility with reservations. Unlike much of Europe, they fear not that Donald Trump will return, but that he won’t.

The Americans and Poles are cooperating more and more closely on military aid to Ukraine. At the same time, Warsaw distrusts Joe Biden, who called the Polish government a dictatorship during his presidential campaign.

Washington welcomed the increase in Warsaw’s military spending, but at the same time it was somewhat saddened because most of the purchases would be made by the Poles with South Korea. In the spring, they signed a contract with the Americans for 23 billion zlotys (about five billion euros) for the purchase of 250 Abrams tanks. I want to quickly replace the 240-piece tank fleet that has been handed over to the Ukrainians since Soviet times. Its air force uses F-16s and signed a $4.6 billion contract for 32 F-35 fighter jets by 2020, and it plans to spend more in South Korea.

So far, the Poles have ordered $10-12 billion worth of arms from South Korea. These include 180 Black Panther tanks, two hundred K9 self-propelled guns, 48 ​​FA-50 light fighter jets and 218 K239 Chunmoo rocket launchers. These are only used military equipment. The Poles have a great passion for war and they want to acquire brand new weapons.

Existing orders were supplemented by one thousand K2 tanks and six hundred K9 self-propelled guns, which the Koreans would deliver by mid-decade. South Korean weapons are more attractive than American or European weapons because they are cheaper. Polish leaders did not hide the fact that they went shopping in Seoul because of Brussels’ continued pressure on Warsaw over court reform and other matters.

We are ready to buy military equipment from other European countries if they stop harassing Poland. We are ready to spend money and sign contracts, but not if Poland is not portrayed as a state of law

– The leader of the ruling BIS, Law and Justice Party said, Jaroslav Kaczynski earlier this month.

In the month of July Defense Minister Mariusz Blaszczak said that the Polish army will have the strongest ground force in Europe and they are working hard for it. According to the plans, the number of the army will reach 300,000 by 2035, while the German army currently has 170,000 soldiers.

The Polish army now employs 150,000 people, 30,000 of whom are in the so-called territorial defense forces established in 2017. Most of them are weekend soldiers, though they have basic training and are regularly called for small and large exercises, but they do not serve on a permanent basis. Initially, many laughed at the idea, but in the first three months of the Ukrainian war, small commando fighters with anti-aircraft and anti-tank weapons inflicted heavy losses on Russian forces. Since then, everyone has taken them seriously.

However, there are concerns about the rapid pace of military development. The issue was raised by General Stanislaw Kosiej, former head of the Polish National Defense Office for politics, What happens in the event of a possible regime change? Presumably, the new government will strongly question whether the Polish economy can bear the burden of this huge military expenditure. Koziej acknowledges that the Polish economy has been doing very well in recent years, but the extent to which a weaker performance will burden the budget with unimaginably large military investments is still in question.