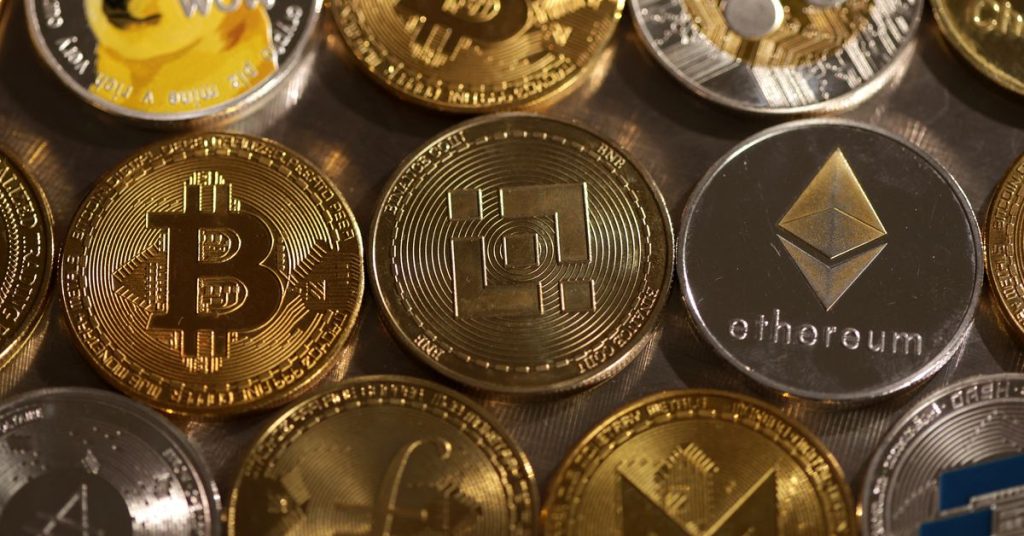 Cryptocurrency representations are shown in this illustration, August 10, 2022. REUTERS/Dado Rovich/Illustration

SINGAPORE/WASHINGTON (Reuters) – Cryptocurrencies fell sharply on Friday, as a sudden sell-off sent bitcoin to a three-week low, with analysts split over the cause of the drop.

Marcus Soterio, an analyst at digital asset broker GlobalBlock, said in a research note that there did not appear to be a single catalyst that led to the massive selloff.

“But the rejection of the S&P 500 and its failure to continue its recovery contributed to the decline of bitcoin,” he said. The S&P 500 was down about 1% early Friday afternoon.

Meanwhile, Susanna Streeter, chief investment and markets analyst at Hargreaves Lansdown, noted that the move was “the result of a major sell-off.”

“It does not show a rapid crash pattern, as the assets did not immediately rebound sharply, but sank less in the hours that followed,” she said.

Streeter said it appears that cryptocurrency Cardano was the first to move, followed by bitcoin and ether, and then others like bitcoin and dogecoin.

Cryptocurrencies have fallen significantly so far this year, as higher Fed rates and high inflation have prompted investors to dump riskier assets.

The failure of bitcoin to recover its losses “suggests that there is substance to the move,” said Craig Erlam, chief market analyst at Oanda.

Such sharp moves are common in the highly volatile cryptocurrency market. On June 15, Bitcoin plunged more than 15% as investors were spooked by the collapse of the so-called stablecoin, TerraUSD, and a major crypto lender working to freeze customer withdrawals. Read more

Friday’s move put Bitcoin on track for its worst day since the June crash.

“Cryptocurrency speculation has very high risks and is not suitable for the vast majority of people,” said Hargreaves Lansdown’s Streeter.