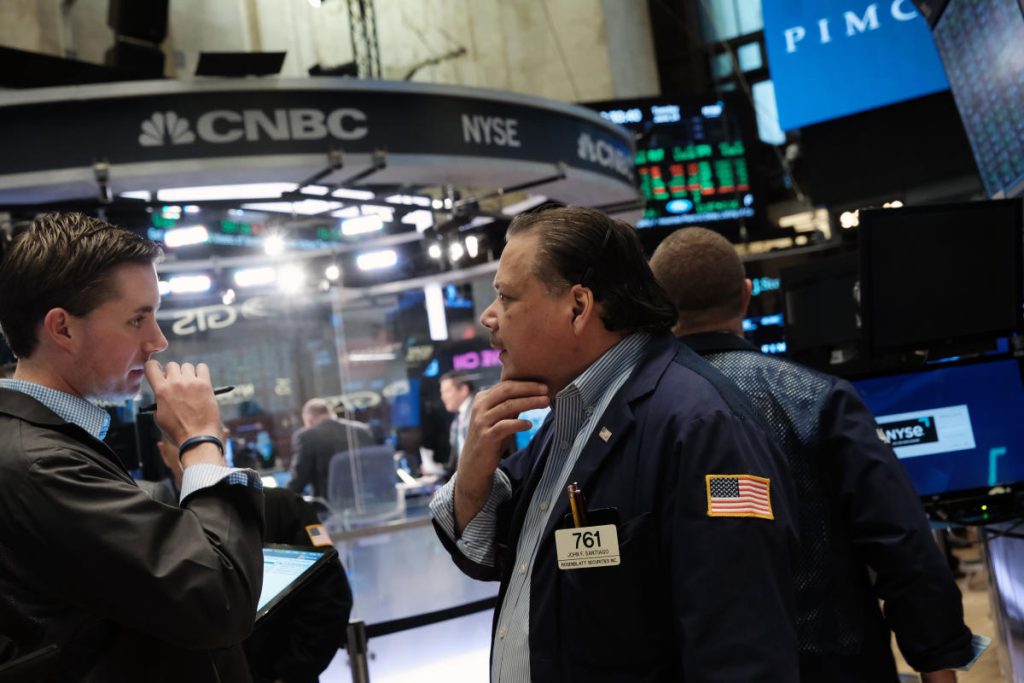 US stocks rose Friday morning, with the S&P 500 close to ending a three-week losing streak as investors digested recent assurances from Federal Reserve officials that they remained committed to lowering inflation.

The S&P 500 rose about 1%, sending the index up for a consecutive day of gains and its first weekly advance since late May. The Dow was up more than 250 points, or 0.9%, while the Nasdaq was up about 1% before the opening bell. The major averages hold onto gains even after a Keep a close eye on the print on consumer confidence Adjusted down to a new record low, Americans continued their struggle with high inflation.

Major US averages traded choppy this week, but eventually moved higher as investors took into account the continuing economic impact of the Fed’s moves to cut higher prices. Federal Reserve Chairman Jerome Powell did his job Most outspoken acknowledgment so far This week a recession was a ‘potential possibility’ – albeit not an ‘desired outcome’ – as the central bank raised interest rates further this year.

“Really, investors want the president to understand that inflation is a huge problem and that dealing with it early is actually better in the long run,” Yahoo Finance Live on Thursday. “So I think investors are encouraged that the Fed will do whatever it takes.”

However, Powell’s nod to the current recession tracks down its growing risks Warning signs From series The Wall Street firms that recently raised their expectations of a recession in the near term. Powell confirms that the Fed Commitment to reduce inflation was “unconditional” He also indicated that the central bank will not stop raising interest rates when the first signs of an economic slowdown appear.

Defensive stocks seen as more resilient advanced during recessions this week, with the healthcare and utilities sectors among the top performers in the S&P 500. Cyclical sectors lagged, with both the energy and materials sectors heading for weekly losses. West Texas Intermediate crude futures hovered near $106 a barrel and headed for its third consecutive weekly loss, in addition to its first monthly loss since November.

Treasury yields across the curve rose to stability after renewed fears of a recession that also pushed yields lower earlier this week. The benchmark 10-year yield is back above 3.10%, after climbing to 3.31% at the start of the week.