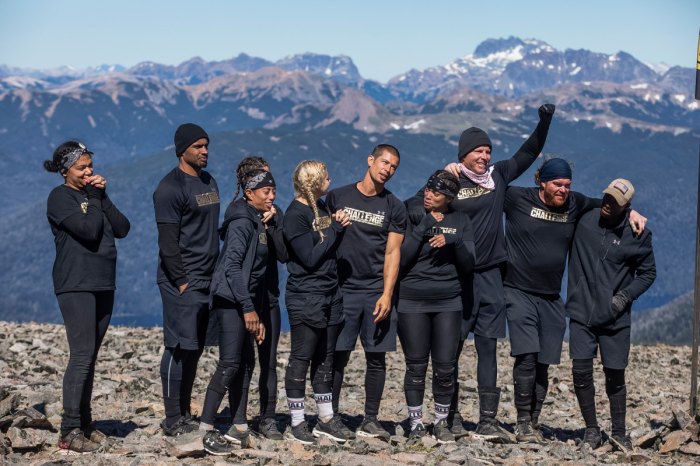 Paramount Plus And CBS is expanding its reality TV lineup. The streaming service on Tuesday announced the renewals for “RuPaul’s Drag Race All Stars,” “Queen of the Universe,” “The Real World Homecoming,” and “Challenge: All StarsIn addition to many new series.

“Challenge: All-Star” which He received a nomination for the Music Supervisors Guild Award For the best musical oversight in reality TV, Season 3 will begin May 11, Chris McCarthy, chief content officer for unregistered entertainment at Paramount Plus, announced at ViacomCBS’s Investor Day event on Tuesday, noting that the universe is expanding across broadcast and cable channels.

Internationally, the broadcasting company will release “The Challenge: Argentina”, “The Challenge: Australia” and “The Challenge UK” each one that will be available for on-demand broadcasts in their respective markets. A new series called “The Challenge: CBS” airing this summer on CBS — the first of its kind in “The Challenge” — features reality TV titans from the CBS universe facing each other. After all four seasons on the air, the winners from each of them will face a global competition for Paramount Plus titled The Challenge: War of the Worlds. (The subtraction process is detailed in the video below.)

The Challenge, originally a part of “The Real World” and “Road Rules,” debuted in 1998 and aired for 37 seasons on MTV.

It was also announced during the investor call, that “The Real World Homecoming” will return for its third season, this time bringing together the cast of “New Orleans,” including David “Tokyo” Broom, Melissa Howard, Jamie Murray, Danny Roberts, and Matt Smith, Julie Stover and Kelly Wolff. The original season of “The Real World: New Orleans” will be available to stream starting in April.

See also  Bobby Riddle, teen idol with perpetual calling, has died at the age of 79

“Ink Master”, which was previously broadcast on Paramount Network, will also be coming live as with a new series called “All Star Show,” a docu-series competition featuring 14 reality stars from “Jersey Shore” and “Love” Is Blind,” “Rupaul’s Drag Race,” “Bachelor in Heaven,” and more. The group will live in a house in Gran Canaria, Spain, where they will compete for a grand prize.

Global hits “Acapulco Shore” and “Rio Shore” have been revamped, while “Jordi Shore: The Return of the OGs” will reunite the UK’s most exclusive cast members. Seven new versions of the “Shore” franchise will be released later on Paramount Plus, including “Argentina Shore”, “Colombia Shore” and “Australia Shore”.