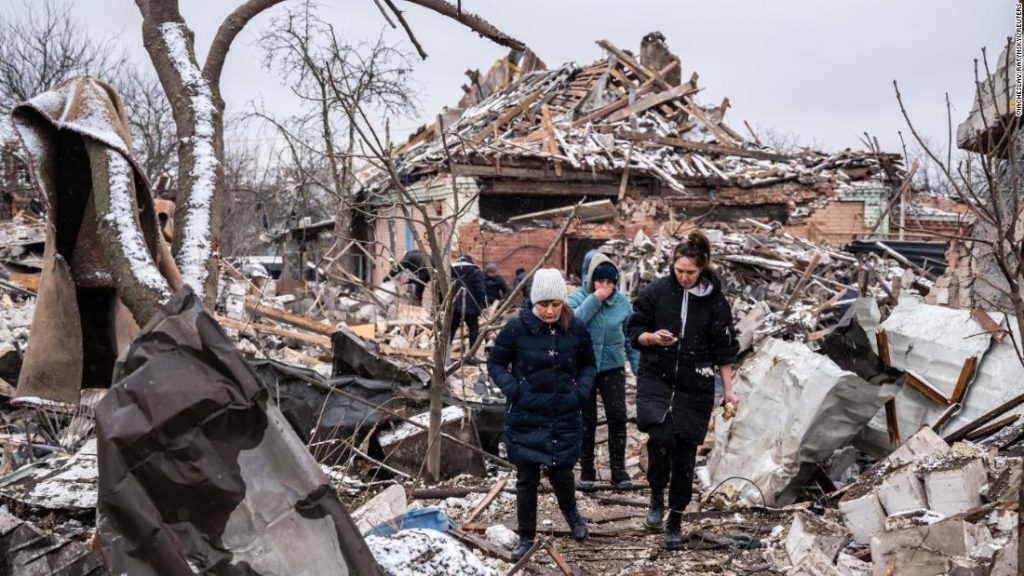 Kherson Mayor Ihor Kulekhaev said on Wednesday in a statement posted on his Facebook page that the Ukrainian army is no longer present in the city and that its residents now have to carry out the instructions of “armed people who came to the city administration,” noting that the city is now under Russian control.

British military intelligence, which was published in the early hours of Thursday morning, indicated that “some Russian forces entered the city of Kherson”, but warned that the military situation on the ground “remains unclear”.

In a statement on Thursday, Hanadi Lahota – the head of the Kherson Regional State Administration – said that Russian forces had “completely occupied” the regional state administration building.

Zorina, a resident of Kherson, described to Amanpour the situation on the ground in the city. We try not to go out because this is dangerous. Today, for the first time, I realized to check near a store a hundred meters from me, if they had some food, but there was nothing because we are surrounded by Russians, and it is impossible to deliver food or medicine here. “

“So we’re basically trying to salvage what we can and have food supplies, but it will be enough for a few weeks,” she said.

“There is a huge propaganda that the Russians have tried to spread between Kherson and the Ukrainians, as if we want to become part of Crimea. It is not true. We do not want that. The mayor just tells us how the city will work for the next two days, and this transport will work for people who work, you know, In an electric station, a water station, etc.”

Zorina described the dangerous humanitarian situation in the city as a result of the Russian aggression and said that there are “a lot of civilian buildings that have been bombed…People are sitting in apartments or basements, pregnant women have given birth to their children. Children are in basements.”

“I want to live in Ukraine. I am Ukrainian,” she added.