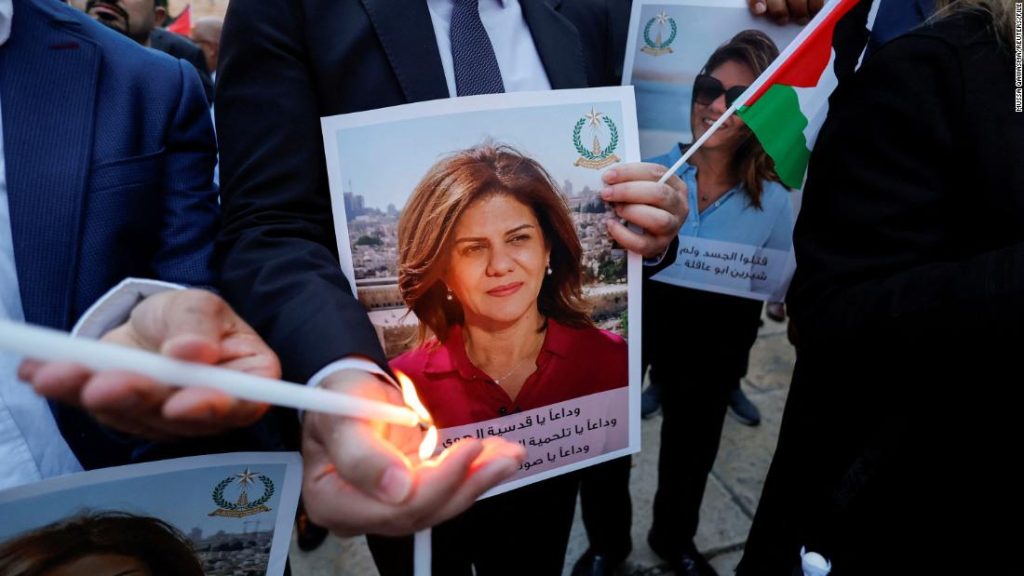 An Al Jazeera journalist was killed while covering an Israeli military raid in the West Bank city of Jenin on May 11. The Palestinian Authority refused to hand the bullet over to Israel, saying it could not trust the Israelis to conduct an impartial investigation.

“We will not hand over the bullet that killed Abu Uqla to the occupation, and we agreed that the Americans would conduct a forensic examination of the bullet,” Al-Khatib told reporters.

Al-Khatib told CNN that the bullet would be examined at the US Embassy in Jerusalem. He said the Palestinians had received “guarantees” from the United States that the bullet “will not reach Israel.”

The US embassy did not immediately respond to CNN’s request for comment. The Israeli military said it had no public comment yet.

It is possible that the forensic investigation of the bullet will allow an official identification of who killed Abu Okla.

The Israeli military says it is not clear who fired the fatal shot. in Initial inquiryAccording to the military, there is a possibility that Abu Akla was hit either by indiscriminate Palestinian fire, or by an Israeli sniper positioned about 200 meters (about 656 feet) in a shootout with Palestinian gunmen — although neither Israel nor anyone else has provided evidence showing militants Palestinians within a clear line of fire from Abu Akleh.

The Palestinian Authority says there were no militants in the area and it was deliberately targeted by an Israeli soldier.

Al Jazeera condemned her death and described it as “blatant murderby the Israeli forces.
at least five press investigations, Including one from CNNAll indicated that the fatal bullet came from a location where Israeli forces were known to have been. None of the investigations found any evidence of the presence of Palestinian gunmen near Abu Okla when she was shot.
Abu Aqleh covered the Israeli-Palestinian conflict for two decades, and he was Beloved across the region for its bold reporting. was given state funeral At the headquarters of the Palestinian presidency in Ramallah.

Palestinians – along with journalists, human rights activists and other leaders – around the world continue to demand accountability for her murder.