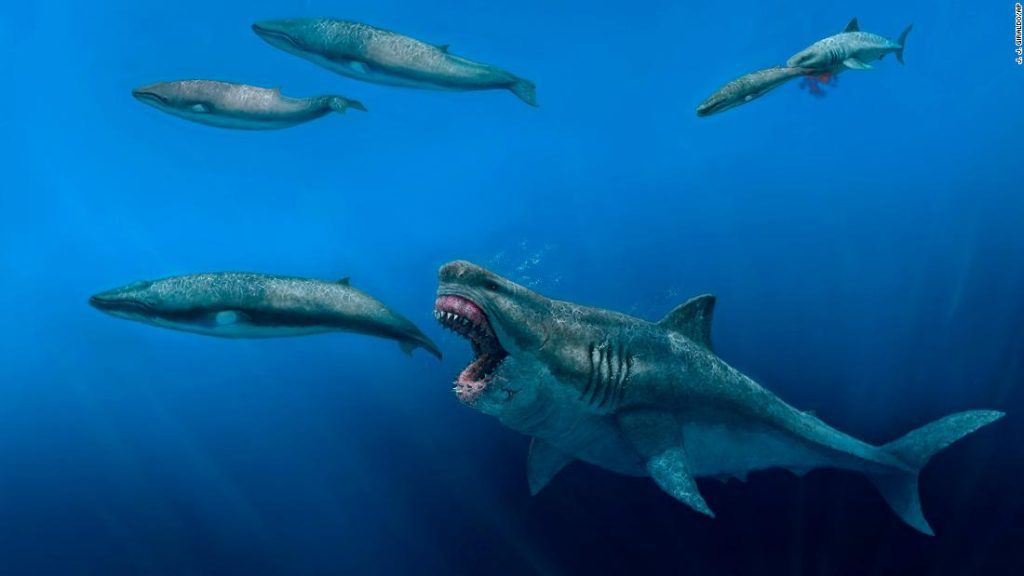 Otodus Megalodon, the inspiration for the 2018 movie “The Meg,” lived more than 23 million years ago. Fossils of the extinct giant are hard to come by: while there are plenty of fossilized shark teeth, their bodies are made primarily of cartilage rather than bone, and they are rarely preserved.

A research team led by Jack Cooper, a paleobiologist at Swansea University, set out to use 3D modeling from a rare and well-preserved megalodon spine to extrapolate information about the shark’s movement and behaviour. Their research was published in science progress Wednesday.

“We estimate that an adult megalodon can navigate at absolute speeds faster than any shark species today and completely consume prey the size of modern apex predators,” the researchers wrote.

Most of what we know about megalodon comes from scientific inferences: Scientists have estimated that extinct sharks could be up to 65 feet long by comparing them to great white sharks, believed to be the “best ecological counterpart available,” with both being at the top of the food chain, According to the article.

With a full 3D rendering, they came up with estimates of the size and mass of the entire shark’s body. By comparing the numbers to the size of modern sharks, they estimated the sharks’ swimming speed, stomach value, calorie needs, and prey encounter rates.

They estimated that megalodon could devour orca-sized prey — which can be up to 26 feet long and weigh more than 8,000 pounds — in just five bites.

According to the researchers, prey the size of a modern humpback whale was too large for megalodon to eat entirely. Eating large prey may have given megalodon a competitive advantage over other predators. Eating large portions at a time would also have allowed them to travel long distances without eating again, like modern great white sharks.

An adult megalodon should have eaten 98,175 calories per day, which is 20 times more than an adult great white shark. They could have met their vital needs by eating about 31.9 kilograms of shark muscle, the researchers estimated.

The megalodon was also faster than any shark alive, with a theoretical average cruising speed of about 3.1 miles per hour. This speed would have allowed it to take on more prey, helping it meet its massive caloric requirement.

Overall, the data from the 3D model paints a picture of a “super predator across the ocean,” the researchers say.

Fortunately, today’s orcas do not have to worry about hitting a giant shark. The megalodon became extinct about 3.6 million years ago. According to the UK’s Natural History Museum, For reasons scientists are still trying to understand.