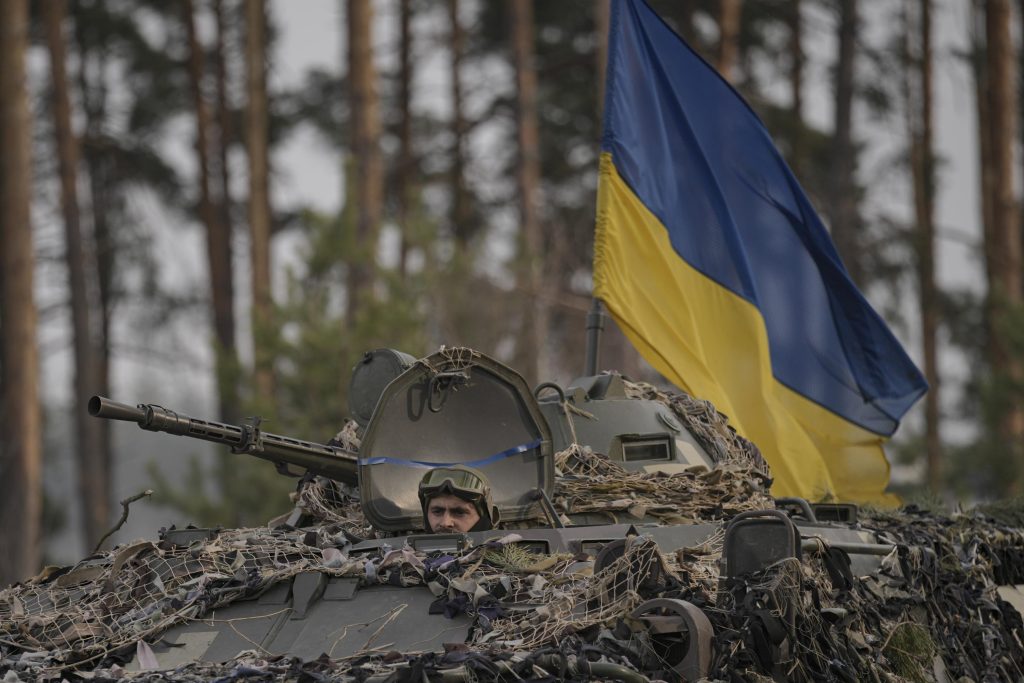 Kyiv, Ukraine (AP) – Russian forces have handed control of the Chernobyl nuclear power plant over to the Ukrainians and left the heavily contaminated site early Friday, more than a month after taking control, as fighting raged on the outskirts of the capital, Ukrainian authorities said. Kyiv and other fronts.

Ukraine’s state electricity company Energoatom said the withdrawal from Chernobyl came after soldiers received “large doses” of radiation from digging trenches in the woods in the exclusion zone around the closed plant. But there was no independent confirmation of this.

The withdrawal came amid growing indications that the Kremlin is using talk of de-escalation in Ukraine as a cover as it regroups, resupplies and redeploys its forces to launch an escalating offensive in the eastern part of the country.

Ukrainian President Volodymyr Zelensky said that Russia’s withdrawals from the north and center of the country were just a military tactic and that forces were gathering to launch new powerful attacks in the southeast.

“We know their intentions,” Zelensky said in his nightly video address to the nation. “We know they’re moving away from those areas we hit them in in order to focus on other very important areas where it might be difficult for us.”

“There will be battles to come,” he added.

Meanwhile, a convoy of 45 buses headed to Mariupol in another attempt to evacuate people from the besieged coastal city after the Russian military agreed to a limited ceasefire in the area. But Russian forces blocked buses, and only 631 people were able to get out of the city in private cars, according to the Ukrainian government.

The city was the scene of some of the worst suffering from the war. Tens of thousands of people have managed to get out of Mariupol in the past few weeks by humanitarian corridors, reducing its prewar population from 430,000 before the war to an estimated 100,000 as of last week, but other relief efforts have been thwarted by continued Russian attacks.

A new round of talks had been scheduled for Friday, five weeks after a war that has left thousands dead and driven 4 million Ukrainians from the country.

The International Atomic Energy Agency said it had been informed by Ukraine that Russian forces at the site of the world’s worst nuclear disaster had transferred control of it in writing to the Ukrainians.

Energoatum did not give any details about the condition of the soldiers it said were exposed to radiation, nor did it say how many were affected. There was no immediate comment from the Kremlin and the International Atomic Energy Agency said it was unable to confirm reports that Russian forces had received high doses. She is seeking more information.

Russian forces captured the Chernobyl site in the early stages of the invasion on February 24, raising fears that it could cause damage or disruption that might spread radiation. Workforce at the site oversees the safe storage of spent fuel rods and the buried concrete ruins of the reactor that exploded in 1986.

Edwin Lyman, a nuclear expert at the US-based Union of Concerned Scientists, said it “seems unlikely” that a significant number of troops would be severely radioactive, but it was impossible to know for sure without further details.

He said the contaminated material may have been buried or covered with new topsoil during the Chernobyl clean-up process, and some soldiers may have been exposed to a “hot spot” of radiation while drilling. Others, he said, may have assumed they were in danger, too.

Earlier this week, the Russians said they would drastically reduce military operations in the areas around Kiev and the northern city of Chernihiv to increase confidence between the two sides and aid negotiations.

But on the outskirts of Kyiv, the region’s governor, Oleksandr Palfuuk, said on social media, Thursday, that Russian forces had bombed Irpin and Makarev and that there were battles around Hostomil. Pavlyuk said Ukraine launched counterattacks and some Russian withdrawals around the eastern suburb of Brovary.

Chernihiv was also attacked. Ukrainian High Commissioner for Human Rights Lyudmila Denisova said that at least one person was killed and four injured in the Russian bombing of a humanitarian convoy of buses sent to Chernihiv to evacuate residents cut off from food, water and other supplies.

Ukraine also reported Russian artillery shelling in and around the northeastern city of Kharkiv.

NATO Secretary General Jens Stoltenberg said that intelligence indicates that Russia is not reducing its military operations in Ukraine, but is instead trying to regroup, resupply its forces, and strengthen its offensive in the Donbass.

“Russia has repeatedly lied about its intentions,” Stoltenberg said. At the same time, he said, pressure continues on Kyiv and other cities, and “we can expect more offensive actions that will bring more suffering.”

Donbass is the predominantly Russian industrial region where Moscow-backed separatists have been fighting Ukrainian forces since 2014. In the past few days, the Kremlin, in an apparent shift in its war aims, has said that its “main objective” is now to control Donbass, which consists of Donetsk and Luhansk regions, including Mariupol.

Donetsk’s largest rebel leader, Denis Pushlin, has ordered the formation of a city government to rival Mariupol, according to Russian state news agencies, signaling Russia’s intent to control and administer the city.

See also  Lapid informed that the majority of Israelis support a two-state solution at the United Nations, but the poll indicates otherwise

With talks between Ukraine and Russia resuming via video link, there seemed to be little confidence that the two sides would resolve the dispute any time soon.

After a telephone conversation with the Russian President, Italian Prime Minister Mario Draghi said that Russian President Vladimir Putin had said that the conditions were not yet “mature” for a ceasefire and that he was not ready to meet with Zelensky until the negotiators could do more work. .

In other developments, Ukraine’s emergency services said the death toll had risen to 20 in a Russian missile attack on Tuesday on a government administrative building in the southern city of Mykolaiv.

As Western officials search for clues about Russia’s next move, a senior British intelligence official says frustrated Russian soldiers in Ukraine are refusing to follow orders. They sabotaged their equipment and accidentally shot down their planes.

In a speech in Australia, Jeremy Fleming, head of the cyber-espionage agency GCHQ, said Putin appeared to have “significantly misjudged” the invasion.

The Pentagon said Thursday that six initial shipments of weapons and other security assistance from the United States have arrived in Ukraine as part of an $800 million aid package approved by President Joe Biden this month.

US intelligence officials concluded that Putin is being misled by his advisers about how bad the war is because they are afraid to tell him the truth.

Kremlin spokesman Dmitry Peskov said the United States was mistaken and that “neither the State Department nor the Pentagon have the real information about what is happening in the Kremlin.”

Karmanau reports from Lviv, Ukraine. Associated Press journalists around the world contributed to this report. 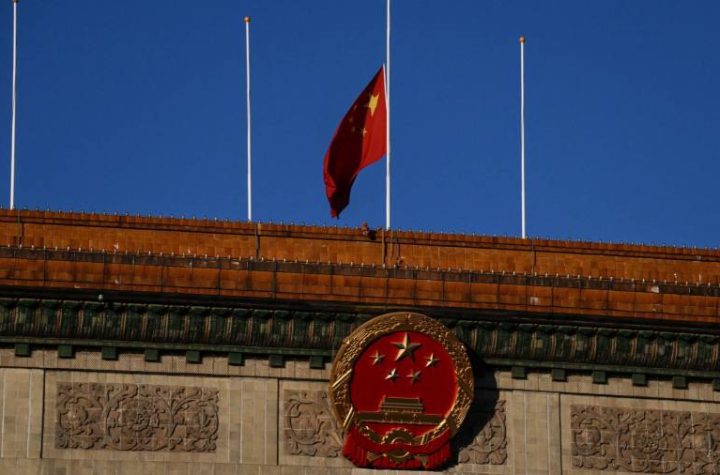 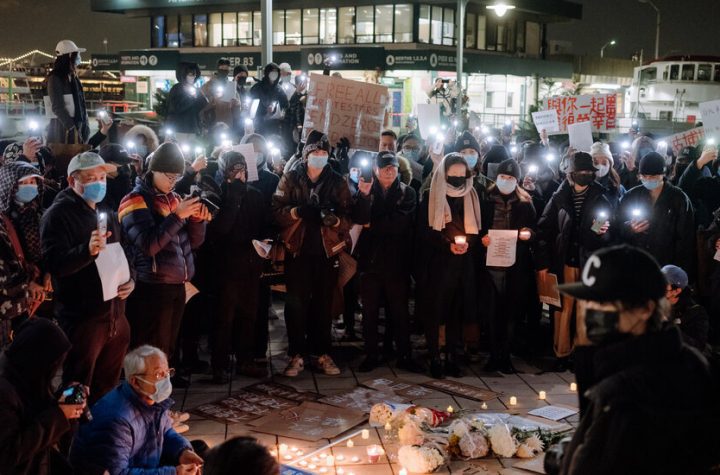 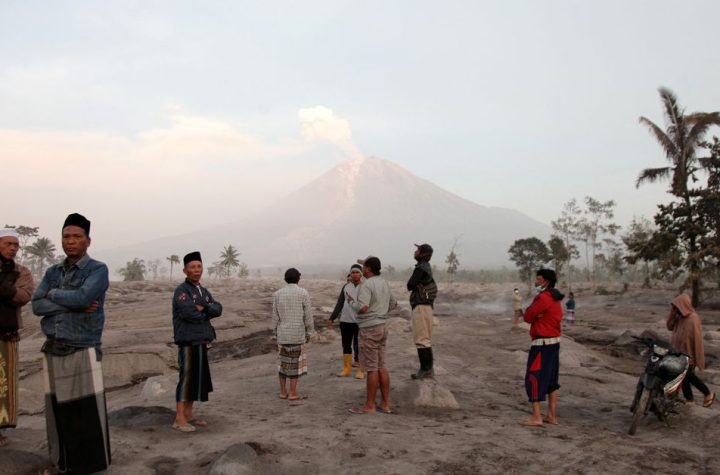