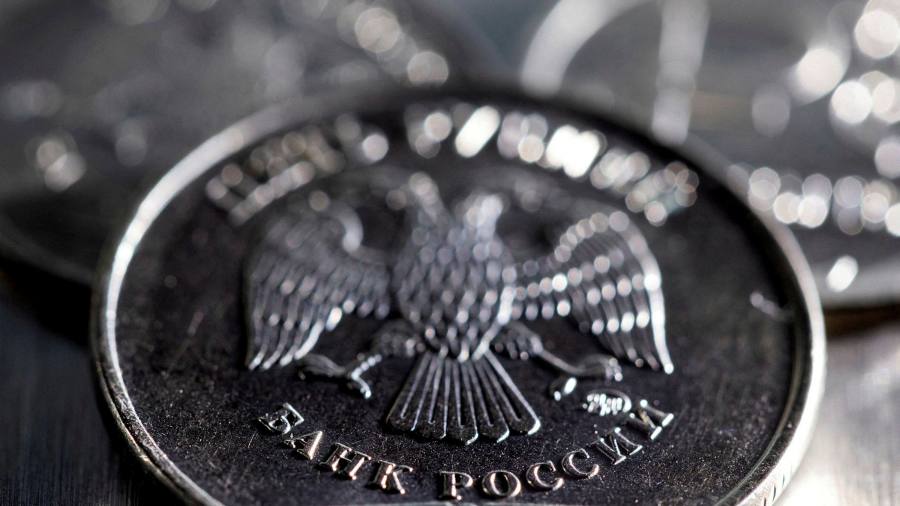 Russia’s central bank more than doubled interest rates on Monday in an effort to stabilize the country’s financial markets, after unprecedented Western sanctions sent the ruble down as much as 29 percent.

The central bank boosted its key interest rate to 20 percent from 9.5 percent in an emergency decision to offset the risks of a rapid depreciation of the ruble to financial stability and protect Russians’ savings from being wiped out, according to RIA Novosti, the state-owned news agency.

The ruble fell to nearly 118 against the US dollar in offshore trade on Monday, according to Bloomberg data, after a weekend when Russian President Vladimir Putin was He put his nuclear forces on high alert The United States and Europe unleashed it The most severe punishments In an attempt to isolate the country from the global financial system.

The central bank also said it will announce later on Monday whether shares will resume trading after the morning session was canceled. The country’s benchmark Moex is down about 30 percent so far in February in local currency.

The market moves came as Ukraine’s military said on Monday it had repelled another night of attacks on Kyiv, as a column of Russian troops repeatedly tried to storm the capital.

In an early indication of how to push Moscow to the fringes of global markets, Norway said on Sunday That its $1.3 trillion oil fund, the world’s largest sovereign wealth fund, would freeze its investments in Russian assets and start divesting from the country. BP, also British energy group He said It will give up its 20 percent stake in Russia’s state-owned oil company Rosneft, which it has held since 2013.

The ruble had already been hit hard last week, dropping to record lows in the wake of the invasion and imposition of sanctions by the United States and Europe.

The United States and its allies tightened those punitive measures on Saturday, targeting the Russian Central Bank to prevent it from using international reserves. The Western allies also agreed to exclude some of the country’s lenders from the Swift messaging system, an important part of the global payments infrastructure.

The Russians were forming long queues to withdraw money from the cash machines, as the central bank lacked a clear mechanism to stabilize its economy and currency.

The Russian Central Bank intervened to support the ruble last week by selling foreign currency reserves. But the weekend’s sanctions against the central bank have jeopardized its scope to continue that support.

“Simply put, Russia’s ability to transact with any financial institution globally would be severely impaired, as most international banks across any jurisdiction use SWIFT,” George Saravelos, an analyst at Deutsche Bank, wrote in a note to clients.

Saravelos added that he expects financial markets to reflect the increased risks to energy supplies, which will reduce investors’ appetite for risky assets and may also lead to a lower euro.

Financial markets may see some deterioration in funding conditions this week on the back of the uncertain impact of the asset freeze on global liquidity. The European Central Bank, the Fed and other central banks are expected to step in to provide strong support if needed and we will not rule out announcements between meetings,” he said, adding that the ruble and other European emerging market currencies were likely to come under pressure.

On Friday, rating agency S&P Global Downgraded Russia’s debt rating to “junk” The situation, underscoring the danger that a military attack on Ukraine could prove even more harmful to the country’s financial markets.

Russia’s central bank sought to calm market nerves on Sunday, saying it would provide unlimited liquidity to banks. “The Russian banking system is stable and has sufficient capital and liquidity capacity to operate in any situation,” she said.