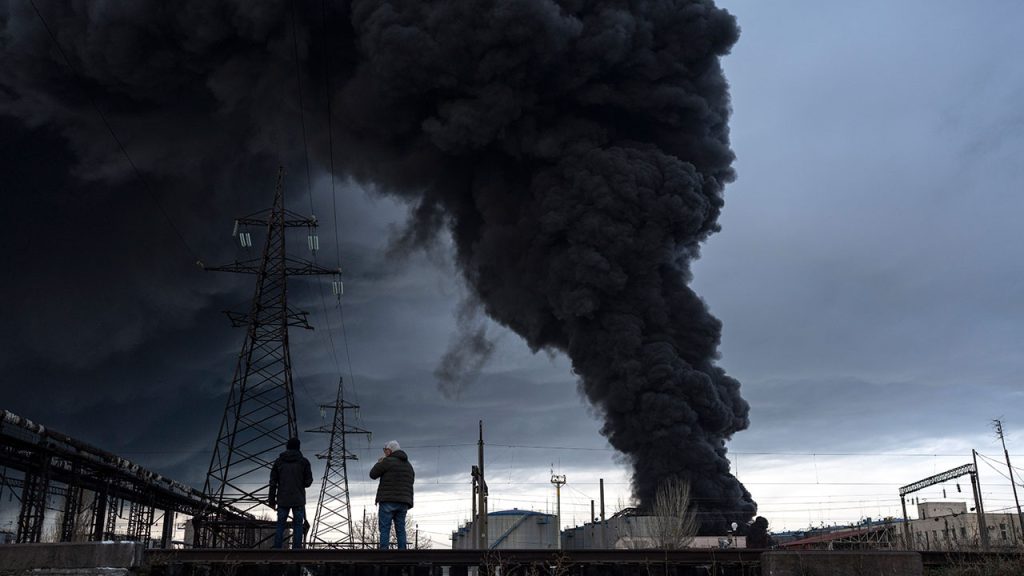 Russia It appears to be achieving complete control not only of eastern Ukraine but of its southern regions along the Black Sea, as explosions hit the city of Odessa and its neighbour. Moldova Saturday.

Six missiles targeted the coastal city, according to the Southern Military Command of Ukraine.

People watch smoke rise into the air after a bombing in Odessa, Ukraine, Sunday, April 3, 2022.
(AFP)

Russia May 9 Victory Day: Why is this day so important for Putin and his ambitions?

It remains unclear whether any injuries have been confirmed.

Russian forces reportedly struck an energy company in the southern city of Mykolaiv that had 20 workers at the site at the time of the attack, although no casualties were reported.

Explosions were confirmed in Moldova’s breakaway region of Transnistria on Saturday after two drones were reported flying over military units in the village of Voronkov, about five miles from the Ukrainian border.

“The priority of the government is to preserve peace, life and security of citizens,” she said during a press conference with Lithuanian President Gitanas Nosida, according to local media.

Russia said late last month that the second phase of its military operation in Ukraine would not only focus on Russian-backed separatist regions in eastern Donbass, but would also target Ukraine’s southern regions and possibly Neighboring Moldova.

A woman walks with smoke rising in the background after a bombing in Odessa, Ukraine, Sunday, April 3, 2022.
(AP Photo/Petos Giannakouris)

Ukrainian President Volodymyr Zelensky vowed to continue the fight and NATO allies increased their support not only for Kiev but for the neighboring countries of the war-torn country.

Despite international outrage over the illegal invasion and mounting allegations of massive human rights abuses, a Moscow official doubled down on the Kremlin’s determination to seize Ukrainian territory on Friday.

Speaking from a visit to the occupied Kherson region, a Russian deputy said that Russia will remain in southern Ukraine “forever,” a Moscow-based media outlet reported.

An official by the name of Andrei Torchak reportedly said: “Russia is here forever. There should be no doubt about this. There will be no going back to the past.” “We will live together, and develop this rich region, rich in historical heritage, and rich in the people who live here.”

Ukrainian firefighters work at the site of a destroyed building after a bombing in Odessa, Ukraine, Sunday, April 3, 2022.
(AP Photo/Petos Giannakouris)

Ukrainian officials sounded the alarm that Russia would look to annex the country’s southern region Kherson Recent reports indicate that they have prevented all Ukrainians from evacuating the area.

Men of fighting age were captured and held in liquidation camps where officials believed they would then be drafted into the Russian army or used for hard labor. 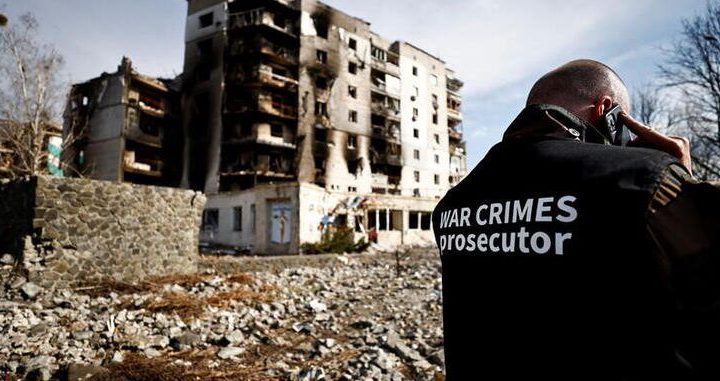