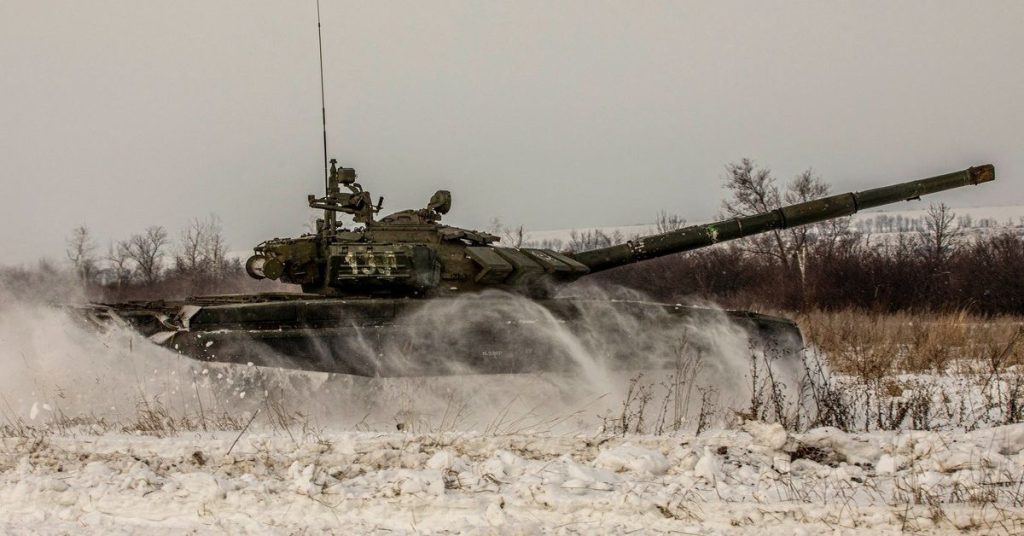 A tank of the Russian Armed Forces walks during military exercises in the Leningrad region, Russia, in this photo posted on February 14, 2022. Russian Ministry of Defense / Posted via Reuters

While large-scale exercises continued across the country, some units in the southern and western military districts have completed their exercises and begun to return to the base, Russia’s Interfax news agency quoted the ministry as saying.

The reported moves contradict warnings from the United States and Britain that Russia could be ready to invade Ukraine at any time.

British Foreign Secretary Liz Truss said Britain would need to see a complete withdrawal of Russian forces from the border with Ukraine to believe Moscow had no plans for an invasion.

Video footage provided by the Ministry of Defense and published by the RIA news agency showed some tanks and other armored vehicles being loaded onto flat rail cars.

The ministry said it would use trucks to transport some equipment while some troops would march to the bases on their own.

Russia has amassed more than 100,000 soldiers near Ukraine’s border, including a large group in joint exercises in Belarus until February 20, which means Ukraine is almost surrounded by the Russian army.

Russian markets reacted positively to the news, and the ruble, which has been pressured by fears of new Western sanctions in the event of war, rose 1.5% shortly after the Defense Ministry’s announcement.

Moscow has denied ever planning to attack Ukraine, but is demanding legally binding guarantees from the United States and NATO that Kiev will not be allowed to join the military bloc. Washington and Brussels have so far refused to make such pledges.

German Chancellor Olaf Schulz is expected in Moscow later on Tuesday to meet President Vladimir Putin on a high-stakes mission to avert war.