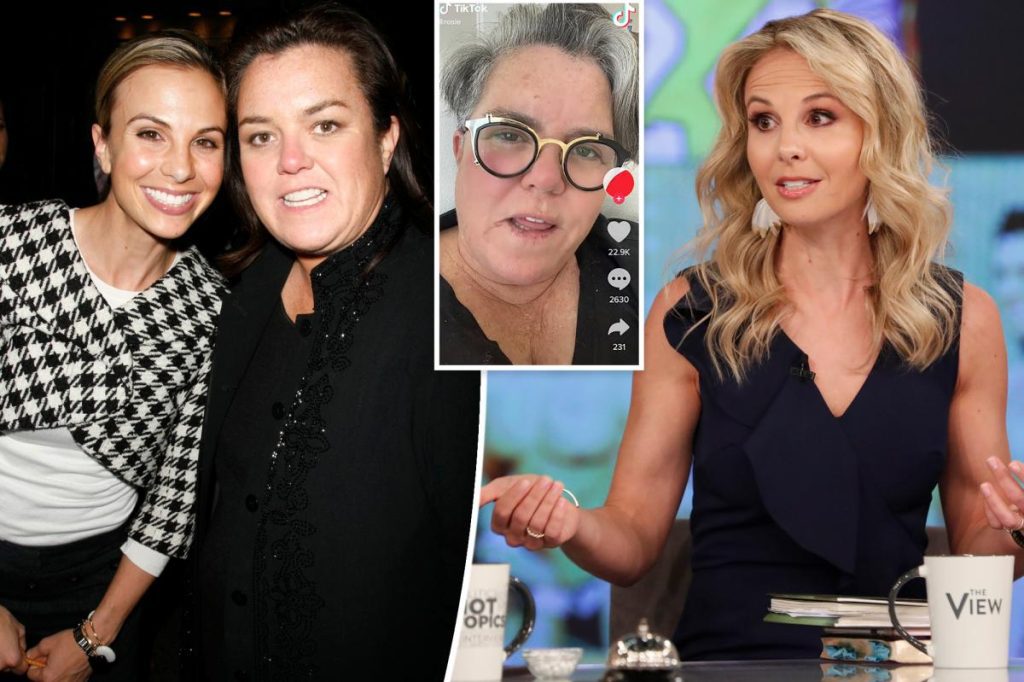 Rosie O’Donnell calls Elizabeth Hasselbeck Back to “The View” as “weird” and hinted that the conservative character was the reason she was no longer watching the show.

“I Watched It,” comedian, 60, He said in a TikTok video Thursday, referring to Hasselbeck’s appearance on the ABC talk show a day earlier.

“I remembered why I don’t want to watch it with her anymore. She added her little Post-It notes, I don’t know.”

O’Donnell was referring to the “Fox & Friends” alum’s decision to criticize President Biden with Post-It remarks during a segment.

“Americans can’t afford your America,” read the first message, followed by “Gas prices are hurting us.”

The “survivor” alum followed these notes with other notes, saying: “The stagnation is real” and “Even though I didn’t vote for you, you have my prayer.”

O’Donnell described Hasselbeck’s move as “strange”, and concluded, “Yes. Hmm, have a nice day. And if you saw it yesterday, I hope you recover.”

The actress worked alongside Hasselbeck in the movie “The View” from 2006 to 2007, and left the show after a while. infamous battle.

She left Hasselbeck in 2013 – and had selected words for O’Donnell when The “SMILF” alum is back The following year in her absence.

“What could spoil the holiday more than hearing news like this?” Hasselbeck said on his 2014 “Fox and Friends” appearance.

When O’Donnell spoke to Variety five years later about being previously “a little like” Hasselbeck, the former “Look for Less” host Her comments were described as “disturbing”. She said she “immediately” began praying for them.

“[Hasselbeck] He was so scared ‘For the concept that a lesbian crush had to go straight to Jesus, don’t pass, don’t collect $200,’ O’Donnell joked on Instagram Live in March 2019. “I kept calling out to Jesus.

“Yes, Jesus was saving her from the freak who thought she was cute!”