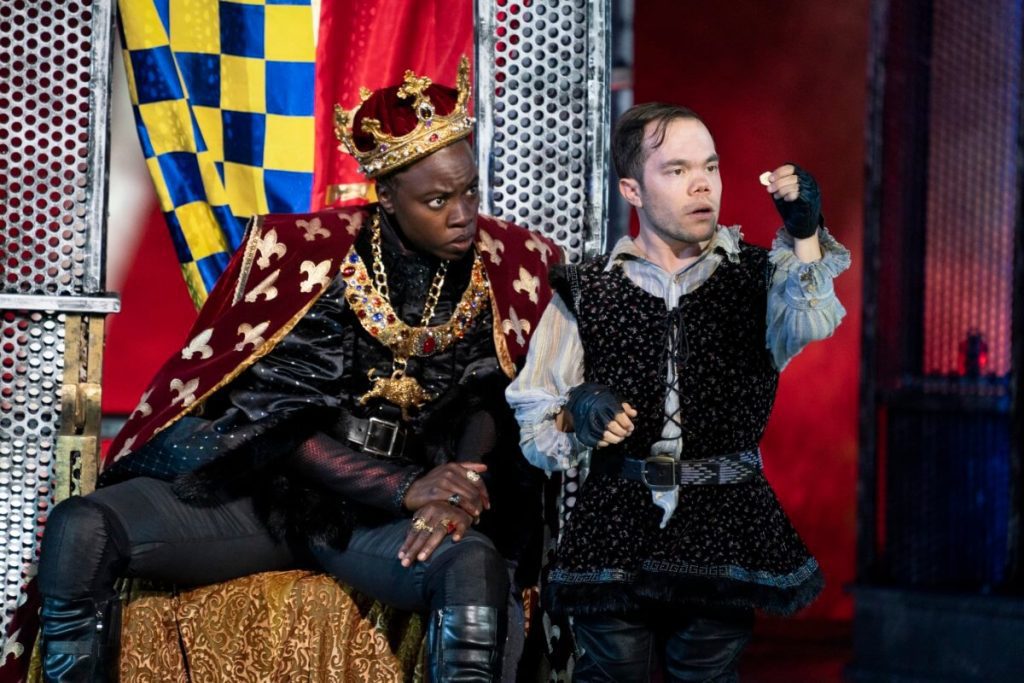 We tend to associate Shakespeare in the Park—and summer outdoor productions of Shakespeare’s plays in general—with comedy and romance, such as “A Midsummer Night’s Dream,” “Twelfth Night,” “As You Like It,” and Much Ado for Nothing. Tragedies are produced less frequently, and the plays of history never completed.

With that in mind, public theater deserves credit for its upsurge of “Richard III,” a long and volatile history of contest/thriller/political tragedy best known for its rude, pro-punishment villain. This marks the first Park Shakespeare production of “Richard III” since 1990 (when Denzel Washington played Richard), as well as the first Park Shakespeare production of any of history’s plays since 2003 (when Liev Schreiber starred in “Henry V”). “).

This is an especially perfect time to revisit “Richard III,” a poignant portrait of a serial liar, sociopath, and unlikely politician who possesses incredible persuasive power and will do anything to stay in power. Late in the play, when one of Richard’s most dedicated aides is punished and disposed of after rejecting Richard’s most immoral and disgusting demand to date, one can’t help but think of Donald Trump and Mike Pence on January 6.

“Richard III” by director and playwright Robert O’Hara (“Slave Play,” “Barbeque”) is presented in a decidedly unorthodox fashion that includes a diverse and extensive selection. In particular, Richard played a black actress, Danai Gurira (“The Walking Dead”). While Richard is usually portrayed as deformed, O’Hara has instead cast actors with physical disabilities in notable supporting roles. Some scenes are performed in American Sign Language.

Unfortunately, this is an unwieldy and largely idle production that resembles the approximate results of an exploratory workshop, with a medieval-like design that goes against the experimental tone and awkward attempts to introduce free-form comedy. It’s more like a commentary on “Richard III” than a production of the play itself.

Gurira gives a single, very aggressive performance without any vignetting or subtlety. Tony Stroker (“Oklahoma!”) winner Ali Stroker, trying to elicit some laughs under awkward circumstances, seems lost. The surprise lead for the production was Sharon Washington as little Queen Margaret, who often curses Richard and his entire family.

The second part of Shakespeare’s play in the park season will be a musical adaptation of the pastoral comedy “As You Like It,” in which more than 100 New Yorkers from all five boroughs will join a professional cast. In other words, it should be the opposite of “Richard III”.

Delacorte Theater in Central Park. For information on getting free tickets and directions, visit publictheater.org. through the sun.