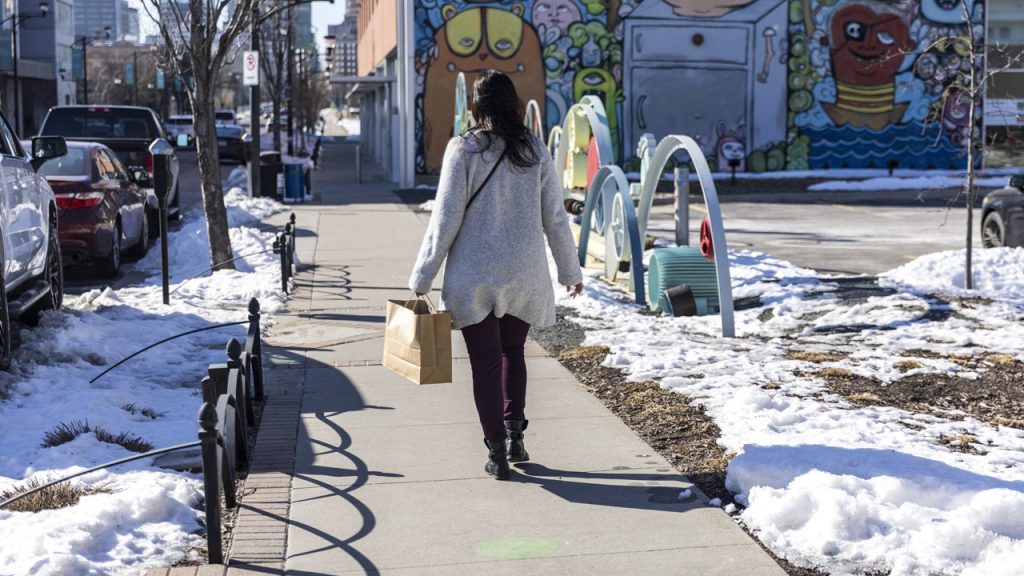 Jeff Fluke of FOX Business reports from a car dealership in Philadelphia, Pennsylvania, while dealers across America face record inventory and skyrocketing prices.

US consumers accelerated their retail spending in January as COVID-19 cases declined nationwide, even as they faced the highest inflation in four decades.

The Commerce Department said Wednesday that retail sales, a measure of how much consumers spend on a basket of goods ranging from cars to food and gasoline, rose 3.8% from the previous month. Economists polled by Refinitv expected sales to rise 2%. It marks a sharp rebound from December, when sales unexpectedly fell 2.5%.

Inflation will likely cost most Americans $276 a month

Alleged core retail sales, which exclude cars, gasoline, building materials and food services and which are closely related to the consumer spending side of the country’s gross domestic product, rose 3.3% last month after falling 2.8% in December.

“There were few indications that higher prices were driving consumers back from spending,” said Nationwide Chief Economist David Pearson. “After a lull in December – mostly caused by future consumer buying – a tight labor market and record household net wealth seem to continue to boost retail sales.”

However, Pearson noted that gasoline sales fell 1.3% last month, possibly as a result of rising costs. A gallon of gas, on average, was $3.51 nationwide on Wednesday, according to AAA — up from $2.51 a year ago. In California, gas prices are over $4 per gallon. Prices are expected to rise as the country enters the peak travel season and with rising tensions between Russia and Ukraine threatens to further rattle the market.

However, restaurants saw a 0.9% drop from the previous month, and consumers are likely to continue to stay home to avoid the virus.

The data comes as consumers face the worst rise in inflation since 1982: The government reported last week that the consumer price index rose 0.6% in January, bringing annual gains to 7.5%, the highest level since June 1982. Wholesale prices also rose by 1% in January and 9.7% in a 12-month period.