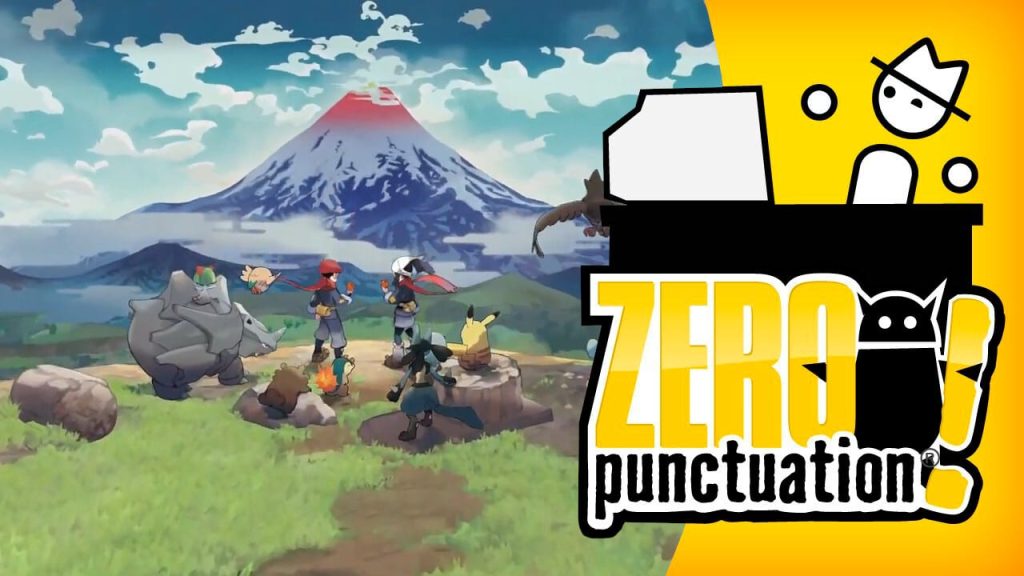 There is a genre of anime called “Isekai” that some obese geek told me about while I was petting his mother, in which some regular dope is transported from contemporary reality into a fantasy world or video games where their usual contemporary stress makes them rare, special, and a hero to a group of kids who all want to spoil them. Wrong way in the bathroom loop. And he became oddly popular among cartoon geeks. Oh sorry, I misread that. It has become quite popular among anime geeks in recent years, although the genre dates back to 1889 with A Connecticut Yankee in King Arthur’s Court by Mark Twain. Which I’ve never eaten for a huge wal, but there you are. I brought this up because Pokemon Legends: Arceus is basically a Pokemon like Isekai. It’s the one thing for all Pokemon fans who were concerned that Pokemon Go had made the franchise marginally less embarrassing to talk about in adult conversations. The premise is, you’re a generic contemporary race that gets identified as a Pokemon trainer who I think fell off the stage in Smash Brothers Brawl or something and wakes up in the old days of the Pokemon world when Pokemon training just became a thing.

The protagonist is quickly stunned by the primitive locals and is hailed as a hero from heaven when they show no fear towards some cuddly, tender, helpless little animals and trap them all in a skull. Silly, yes, but finally a Pokémon game where it seems logical that you are the only trainer who has discovered that they can hold more than three or four manipulators. We are soon being recruited by the Citation Wipe organization who have tasked themselves with ‘wiping’ all the local Pokémon by capturing them and forcing them into manual labor or gladiatorial combat. You know, the same way Columbus “scanned” the Americas. Or how to “scrutinize” an ant colony with a kettle of boiling water. But you know what a Pokemon is, let’s move on to the obscenity. My recommendation for Pokemon Legends Arceus is conditioned on the viewer’s answers to the following survey. Question 1: Do you like Pokemon but have a bit of a conflict aversion and would rather fight less other Pokemon trainers and gym leaders and focus on animal torture? There are some fights with the other coaches at Arceus, but always with that atmosphere of “Oh shit, I knew we were forgetting something.”

They just get it out of nowhere every now and then. It’s as if you’ve reached the goal of the next story and the Thomas the Tank Engine character you’re working with says “Wait! I need to assess your combat ability before I let you take the dry cleaning.” Most of what you do is hunt Pokemon in large open wild maps, and that doesn’t have to involve combat at all if you’re skilled with stealth and distraction elements. Hey, as it used to be “Watch out for wild Pokemon in the tall grass!” Now it’s “Watch out for the wild Pokemon, there’s a player in the tall grass!” One thing I love is that it doesn’t do the standard JRPG job of dragging you into an obligatory turn-based battle if a wild Pokémon spot you in the sure-flow-destroying way like a chinchilla in a chocolate fountain. You can only engage in random battles by getting rid of Pokemon. Otherwise, your stalker will caress you directly and acceptably mush until you leave. But you can easily get away and your health will return like a psychotic girlfriend on a hammock, so traversing the world is as challenging as walking home through a parking lot that is only marginally disturbed. This is not really a “challenging” game.

Which brings me to question 2: Do you like Monster Hunter? Or do you think you’d love if it were a little less complicated? Because your goal in Arceus is simplicity itself. In fact, it’s the same thing that has always been put on top of the franchise: “I have to catch them all.” Or rather, “I should catch several of them all and then hang out with them for a while like a weirdo in the children’s play area to fill out the checklist of arbitrary targets they each have before they are officially cleared.” But even this aspect of the game is remarkably easy. You don’t have to do everything on every Pokémon’s checklist. If you can’t do the goal of “Crush this pokemon with asphalt damage” you can only complete the free smash event eight or nine times and they are cleared either way. Also, like Monster Hunter, NPCs will give you a variety of fetch missions on the side that you can do to help them out, or then again don’t bother them because the rewards are always kind of bad and I don’t seem to have room for them anyway, because Our bag is the size of a tea bag and the guy who expands it does it only with one hole at a time and we have to let him chatter for five minutes before he does that.

Also, did you love epic Monster Hunter clippings with mothers the size of many fucking in a small group bathroom, but allergic to the action of stabbing and chopping them to make ballerina shoes and socks? Well, Pokemon Legends Arseburger also has a few tent boss fights with local Pokemons God. And since we’re so relaxed and we hate conflict, you’re not actually fighting them, you’re just calming them down by throwing snacks on their heads in Super 3D Noah’s Ark style. Because I know it always calms me down by throwing sausage laps for five minutes. These fights aren’t mostly standard Pokemon fights but are exercises in weakening your arm and wearing characters on the dodge button, but again in the spirit of “I forgot to put Pokemon in a Pokemon game” there are chances to throw out a Pokemon and go a few rounds to put the boss in a dazed state as they take more damage . I mean, eat ballistic sandwiches faster. This is an awkward and somewhat inappropriate clash between turn-based battles and the game’s real-time, perhaps seeming a little weird from an outside perspective when the boss stops trying to dunk you in bone butter to play two rounds of leaf-scissors-stone with your neon meerkat.

This is basically my survey in a nutshell. Would you enjoy mixing Pokemon and Monster Hunter with a focus on 100% achievement but where you can pretty much achieve 100% achievement just by being in the world and stuttering for several hours? Then we can sail around the port of recommendation. only one question. Are you turned off the way Monster Hunter used to have good graphics? Did you think that was a bit flashy and conceited? Well, don’t worry about that here. Pokemon Legends Arceus looks as good as one would expect from any game that has a “donkey” in the title. I know the pursuit of ever higher definitions is at the root of all this industry’s evil, but Pokemon makes the kind of money that doesn’t have to look cute and fluffy and my character’s surprised face shouldn’t remind me of one. Animation in Sonic Adventure where everyone seemed to have lost a battle with a cenobite. I guess it’s not like Nintendo should try. That’s the cool thing about exclusivity, isn’t it. This is the only pokemon you get so eyeballs will eat this visible porridge and like it. What would you do, buy the competing Sega version of Pokemon where all the characters have furious eyebrows?