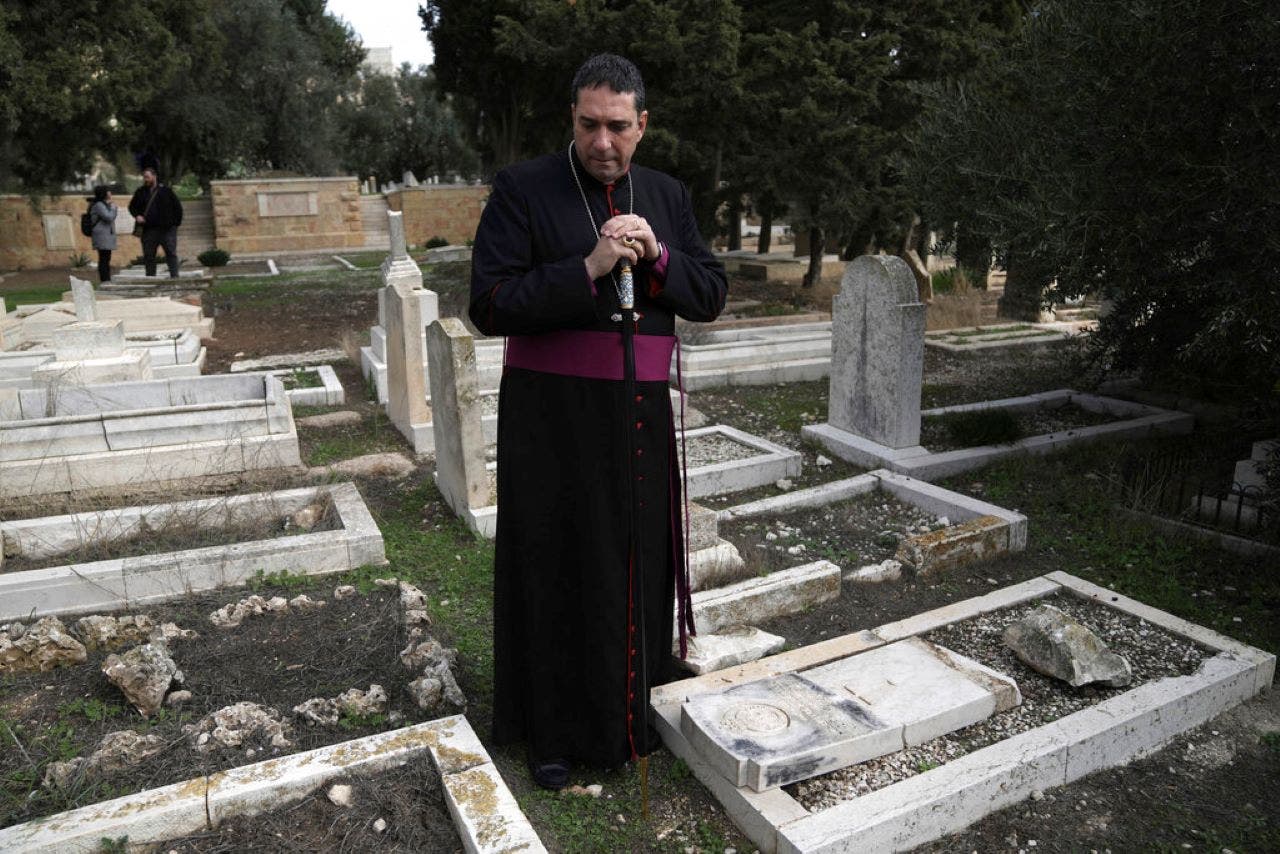 packs of Christian graves She was found mutilated and fell in a historic cemetery in Jerusalem, and Israeli police say they have arrested two people in connection with the crime.

Police officers were sent to the Protestant Cemetery on Mount Zion in Jerusalem To investigate the crime at a site associated in Christian tradition with the Last Supper that Jesus shared with his disciples the night before his crucifixion and which is also sacred to Jews and Muslims.

At the scene, they found about 30 Christian tombstones that had been torn down and vandalized.

Rather, it will be recalled that Israel’s official, Biden, is committed to the “two-state solution” following Netanyahu’s appointment

Israel’s Foreign Ministry called the attack an “immoral act” and an “insult to religion”. The Anglican Bishop of Jerusalem, Hussam Naoum, described the matter as a “clear hate crime”. The British Consulate said that this is only the latest episode in a series of attacks on the Christian community in the holy city of Jerusalem.

Among the destroyed graves, the episcopal diocese said, was a 19th-century bust of Samuel Gobat, the second Protestant bishop of Jerusalem who died in 1879. The graves of three policemen, British citizens Service in the police force was also subverted in what was then British-ruled Palestine.

The diocese warned that the desecration of the cemetery should be seen as an ominous warning of “hatred of Christians”.

Fighting on the Temple Mount in Jerusalem: What is the significance of it for Jews, Muslims and Christians?

Chief Superintendent Assaf Harel said that two people were arrested in the crime and Harties mentioned The suspects are 18 and 14 years old.

The Israeli Ministry of Foreign Affairs “any damage to religious institutions and sites is a serious matter, and harms the unique and sensitive lives of people of all faiths in the city.” tweet Friday. “We have an ongoing commitment to maintaining security and order, as well as a firm and resolute fight against lawbreakers wherever they may be.”

A tombstone falls as vandals desecrate more than 30 graves at a historic Protestant cemetery on Jerusalem’s Mount Zion in the Old City of Jerusalem, Wednesday, January 4, 2023.
((AP Photo/Mahmoud Elyan))

The Christian population in Israel grew by 2% in 2021, to a total of 185,000 people, which represents 1.9% of the total population of Israel, The Times of Israel reported.

Almost 70% of Christians live in the northern part of the country in cities such as Nazareth and Haifa, while about 13,000 call Jerusalem their home.

See also  What is the Indo-Pacific framework, who's inside it, and why it's important

Andrew Mark Miller is a writer for Fox News. Find him on Twitter @andymarkmiller and email tips at [email protected]