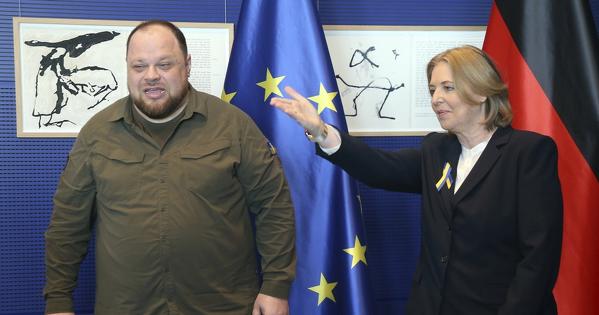 Bärbel Bas, Speaker of the House of Representatives of the Federal Parliament, told Ukrainian Speaker Ruslan Stefanuk that the German parliament has pledged to continue to provide humanitarian, military, financial and diplomatic support to Ukraine.

Boss stressed that Stephen’s first foreign trip since the start of the war in Ukraine on February 24 led to Germany. The politician noted that a sovereign Ukraine is part of a free and democratic Europe. He added that the country has the right to choose its own path freely and peacefully.

The head of the Security Council, Mary-Agnes Strock-Zimmerman, called on the Bundestag to supply ammunition to Ukraine as part of a joint operation. Strock-Zimmerman pointed out that the Ukrainians had run out of old Soviet ammunition and therefore needed NATO’s immediate assistance. He said Germany should bring a whole bunch of night vision equipment to the country. According to the politician, it would be a serious advantage if Ukrainian forces were able to fight at night, because only special forces and parachute systems in the Russian military have the means to do so.

Stephen, meanwhile, said he thought Ukrainian President Volodymyr Zhelensky would return to Germany if events on the battlefield improved and victory was imminent.

The Speaker also invited German Chancellor Olaf Scholes to address the Ukrainian Parliament. Scholz was invited to Kiev by Zelensky, but the Chancellor said in an interview in May that he would go to the Ukrainian capital only if certain topics were agreed upon.