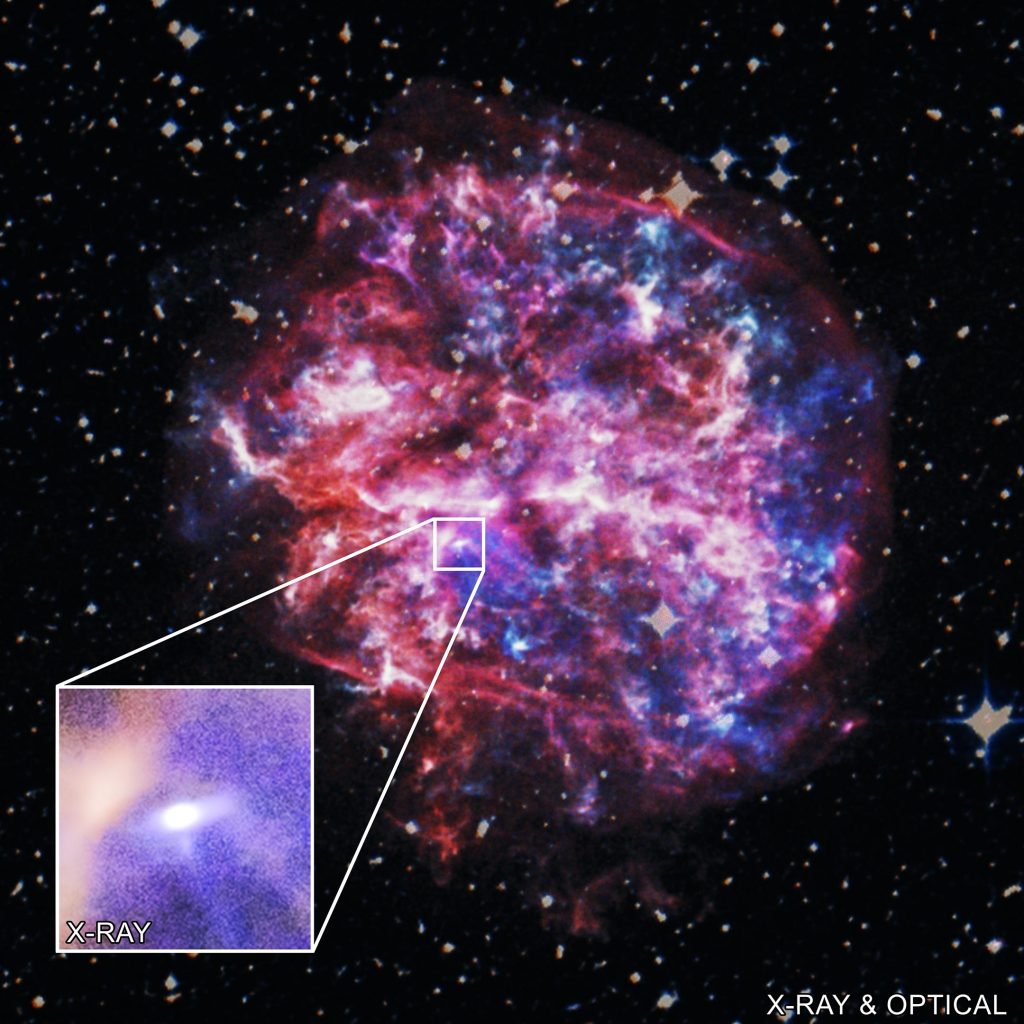 The G292.0 + 1.8 supernova remnant contains a pulsar moving at more than 1 million miles per hour, as seen in the Chandra image along with an optical image from the Digital Sky Survey. Pulsars orbit rapidly around neutron stars that can form when massive stars run out of fuel, collapse, and explode. These explosions sometimes produce a “kick,” which sends this pulsar racing through the remnants of a supernova explosion. Additional images show a close-up of this pulsar in X-rays from Chandra, which it spotted in 2006 and 2016 to measure this impressive speed. Red crosses in each panel show the location of the pulsar in 2006. Credit: X-ray: NASA/CXC/SAO/L. Shi et al.; Optical: Palomar DSS2

The G292.0 + 1.8 supernova remnant contains a pulsar moving at over a million miles per hour. This image contains data from NASA’s Chandra X-ray Observatory (red, orange, yellow, and blue), which was used to make this discovery. X-rays are combined with an optical image from the Digitized Sky Survey, a ground-based survey of the entire sky.

Pulsars spin fast neutron stars They can form when massive stars run out of fuel, collapse and explode. These explosions sometimes produce a “kick,” which is what prompted this pulsar to race through the remnants of the supernova explosion. The inset shows a close-up view of this pulsar in X-rays from Chandra.

To make this discovery, the researchers compared Chandra images of G292.0 + 1.8 taken in 2006 and 2016. A pair of complementary images show the change in the pulsar’s position over 10 years. The shift in the source location is negligible because the pulsar is about 20,000 light-years away from Earth, but it has traveled about 120 billion miles (190 billion km) during this period. The researchers were able to measure this by combining high-resolution Chandra images with precise technology to verify the coordinates of the pulsar and other X-ray sources using precise positions from the Gaia satellite.

Close-up view of Chandra’s image center for the G292 + 1.8. The direction of motion of the pulsar (arrow), and the position of the blast center (green oval) are shown based on the motion of debris seen in the optical data. The position of the pulsar was extrapolated 3,000 years ago, and the triangle depicts the uncertainty in the induction angle. The agreement of the induction site with the epicenter of the explosion gives an age of approximately 2,000 years for the pulsar and G292 + 1.8. The center of mass (intersection) of the X-ray elements detected in the debris (Si, S, Ar, Ca) is located across from the center of the explosion from the moving pulsar. The asymmetry in the debris in the upper right of the explosion kicked the pulsar to the lower left, by conserving momentum. Credit: X-ray: NASA/CXC/SAO/L. Shi et al.; Optical: Palomar DSS2

In addition to learning more about G292.0 + 1.8’s age, the research team also studied how the pulsar’s supernova gave its powerful kick. There are two main possibilities, both of which involve material not being ejected by the supernova evenly in all directions. One possibility is that neutrinos The output in the explosion is ejected from the explosion asymmetrically, the other is that the debris produced by the explosion is ejected asymmetrically. If matter had a preferred orientation, the pulsar would be pushed in the opposite direction due to a physics principle called conservation of momentum.

The amount of neutrino asymmetry required to explain the high velocity in this last result would be extreme, supporting the interpretation that the asymmetry in the explosion’s debris gave the pulsar its kick.

The energy transferred to the pulsar from this explosion was enormous. Although the pulsar is only about 10 miles in diameter, the pulsar has a mass of 500,000 times that of Earth, and it travels 20 times faster than the speed of Earth orbiting the sun.

The latest work by Xi Long and Paul Plucinksky (Astrophysics Center | Harvard & Smithsonian) on G292.0 + 1.8 was presented at the 240th Meeting of the American Astronomical Society in Pasadena, California. The results are also discussed in a paper accepted for publication in The Astrophysical Journal. The other authors of the paper are Daniel Patnaud and Terence Gaetz, both from the Center for Astrophysics. 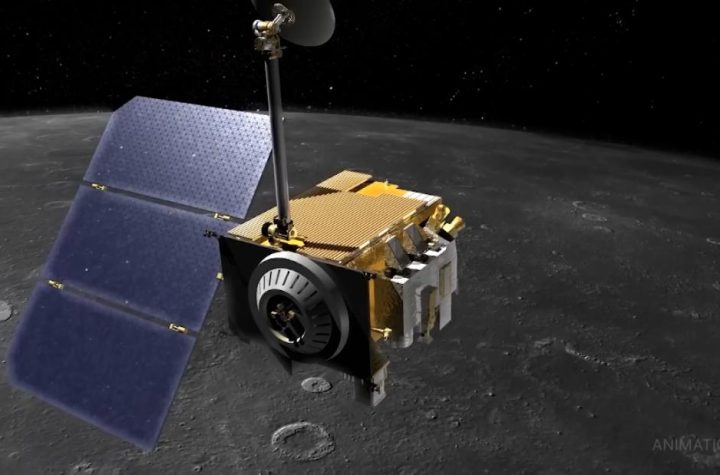 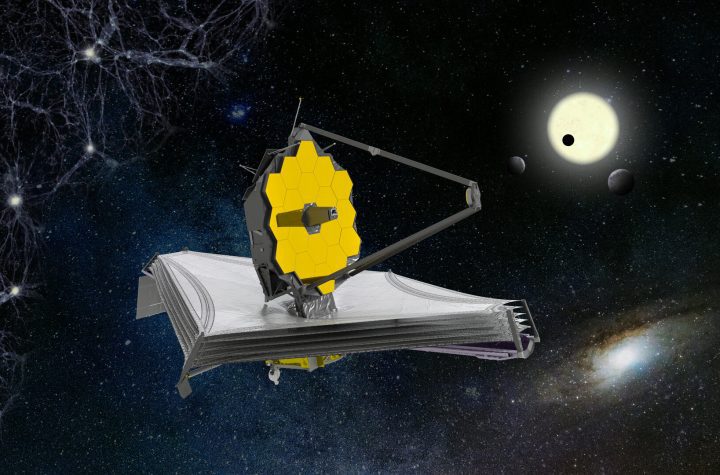