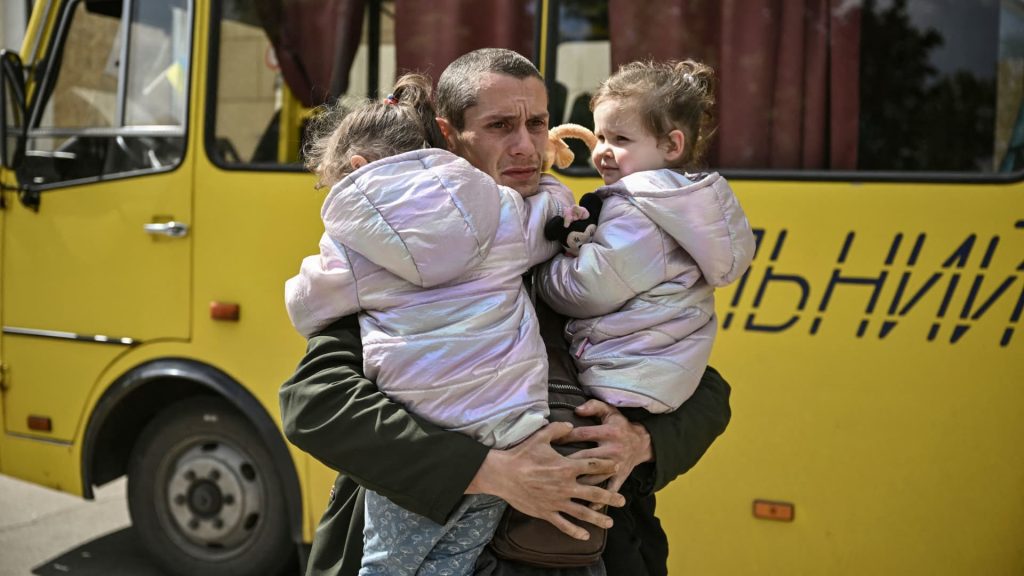 German lender Deutsche Bank offered about 1,500 employees of a technology center it runs in Russia the opportunity to move to Berlin with their families, The Wall Street Journal reported,Quoting a source familiar with the matter.

The magazine reported that nearly half agreed. The bank did not specify what would happen to the Russian center, as employees were tasked with developing corporate and trade programs.

The move comes on the heels of similar decisions by several major companies to relocate their employees residing in Russia – either permanently or temporarily – elsewhere as a result of Western sanctions on the country and its invasion of Ukraine. Many companies, including international consulting firms, have chosen the United Arab Emirates as the location for their relocation.

Deutsche Bank’s move reflects its desire to make Berlin the center of its technology operations, as well as to avoid the cybersecurity risks of having major employee operations in Russia.

Russia’s parliament, called the State Duma, has passed bills ending its membership in the European Court of Human Rights (ECHR) and ending the court’s jurisdiction in Russia. The bills passed set a deadline for their jurisdiction of March 16, meaning any cases or rulings beyond that point would be void.

The European Court of Human Rights is part of the Committee of Ministers of the Council of Europe, which expelled Russia from its membership on March 15 over its invasion of Ukraine. Previously, the European Court of Human Rights provided a means to pursue legal and human rights cases against Russia that were either rejected or ignored by Russian courts, or that were too dangerous to pursue in Russia itself.

Russia also withdrew in March from the Council of Europe, Europe’s largest intergovernmental organization, whose Parliamentary Council voted unanimously to expel it. Moscow says it has decided independently to withdraw from the organization.

UK’s Boris Johnson: It is critical not to pressure Ukraine into accepting a bad peace deal

British Prime Minister Boris Johnson said during a meeting with his government that Ukraine could not be pressured by other countries to accept a bad peace agreement with Russia.

The prime minister’s spokesman told reporters that Johnson “has said it is essential that President Zelensky not be pressured into accepting a bad peace, noting that bad peace deals do not last.”

The representative added that Johnson “also said the world should avoid any outcome that appears to have paid off Putin’s unjustified aggression.”

Some officials and former political players, including former US Secretary of State Henry Kissinger, have suggested that Ukraine cede some of its territory to Russia in order to end the war.

Ukrainian officials responded by accusing these people of not actually living, pointing to Russia’s continued efforts to seize and annex Ukrainian territory over the years, arguing that giving up territory would only encourage Moscow to try to eventually grab more.

Ukrainian officials say they will not give up on diplomacy, but for now, the peace negotiations are not going anywhere.

The UK says more sanctions against Russia are in the pipeline

Speaking before Boris Johnson’s cabinet, British Foreign Secretary Liz Truss said new sanctions against Russia over its invasion of Ukraine are in the pipeline.

The UK has already imposed several rounds of sanctions on Moscow targeting oligarchs and contacts with Russian President Vladimir Putin, trade with Russia, Russian financial institutions and state media. It also aims to phase out its purchase of Russian oil by the end of 2022.

Johnson said his government would “remain at the forefront” of supporting Ukraine. The prime minister visited Kyiv in April in a show of support and met Ukrainian President Volodymyr Zelensky as part of a surprise trip.

Ukrainian President Volodymyr Zelensky visits an area affected by Russian military strikes, as Russia’s offensive on Ukraine continues, in Kharkiv, Ukraine on May 29, 2022.

Ukrainian President Volodymyr Zelensky has denounced what he called the “dead cities” of Ukraine, which were once centers of life almost completely destroyed by Russian bombing.

He was referring to Severodonetsk and Lesichansk, two important strongholds in the east of the country that were almost completely captured by Russian forces and essential to Moscow’s goals of controlling the entire Ukrainian Donbass region.

Heavy fighting continues in both cities, with most civilian areas and infrastructure completely destroyed.

Zelensky visited Lysychansk on Sunday, in a surprising and risky move that put him on the front lines of the fight.

Ukrainian forces have managed to recapture some parts of the besieged city of Severodonetsk in eastern Donbass, with Russia seizing large territory in recent weeks.

Ukrainian service personnel carry shells for use by M777 howitzers near the front line, in Donetsk region, Ukraine on June 6, 2022.

The city is seen as the last Ukrainian stronghold in the Luhansk region and was the scene of brutal street fighting and heavy Ukrainian casualties.

In its latest daily intelligence update on Twitter, the British Ministry of Defense said: “Over the weekend, Ukrainian forces recaptured parts of Severodonetsk although Russian forces likely continue to occupy the eastern regions.” “Russia’s broader plan is likely to continue to isolate the Severodonetsk region from both the north and the south.”

“Russia made gains on the southern Bubasna axis during May, but its progress in the region stalled over the past week,” the ministry wrote, adding that Russia is likely preparing to take a new step in the north of the region.

“Russia will almost certainly need to achieve a breakthrough in at least one of these axes to translate tactical gains into operational success and advance toward its political goal of controlling all of the Donetsk Oblast,” the ministry added.

Ukrainian officials have said that Russia controls more than 90% of the eastern Luhansk region.

A worker carries a bag of wheat flour outside a wholesale food store in Sanaa, Yemen, February 28, 2022.

“The Kremlin has to realize that it is exporting starvation and suffering a lot beyond Ukraine’s borders,” he said during a roundtable on food insecurity with business leaders and Agriculture Minister Tom Vilsack.

Blinken noted that African countries are “in a great deal of pain”. 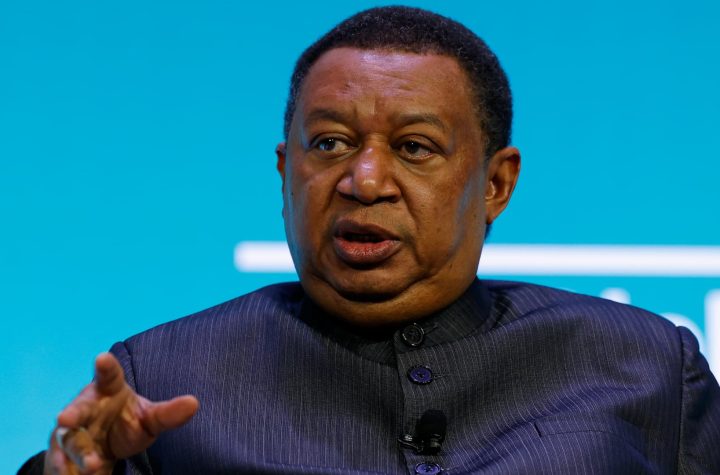 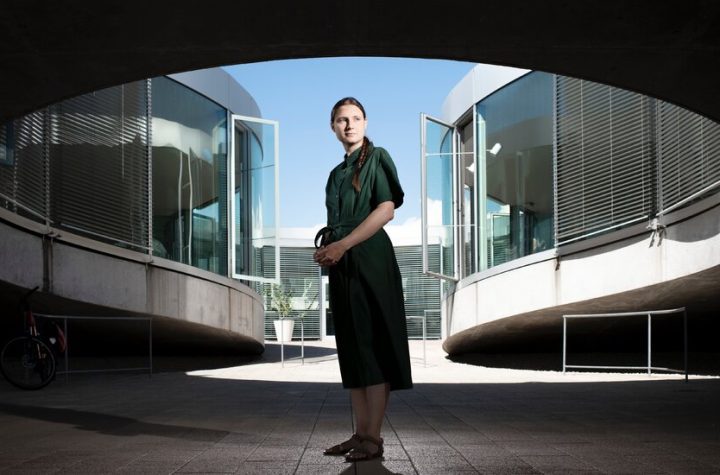 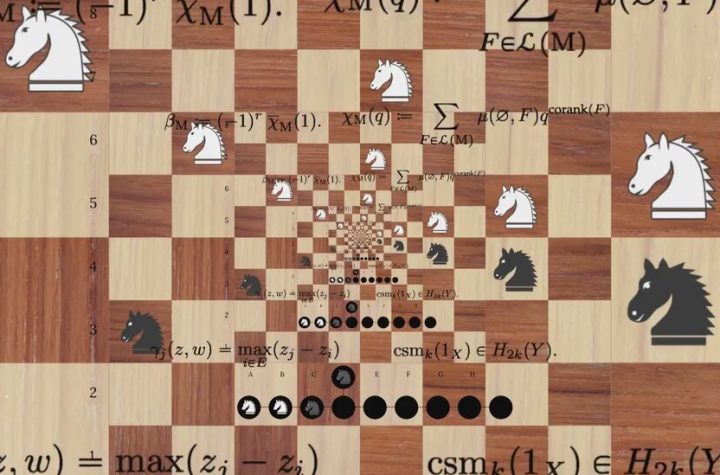