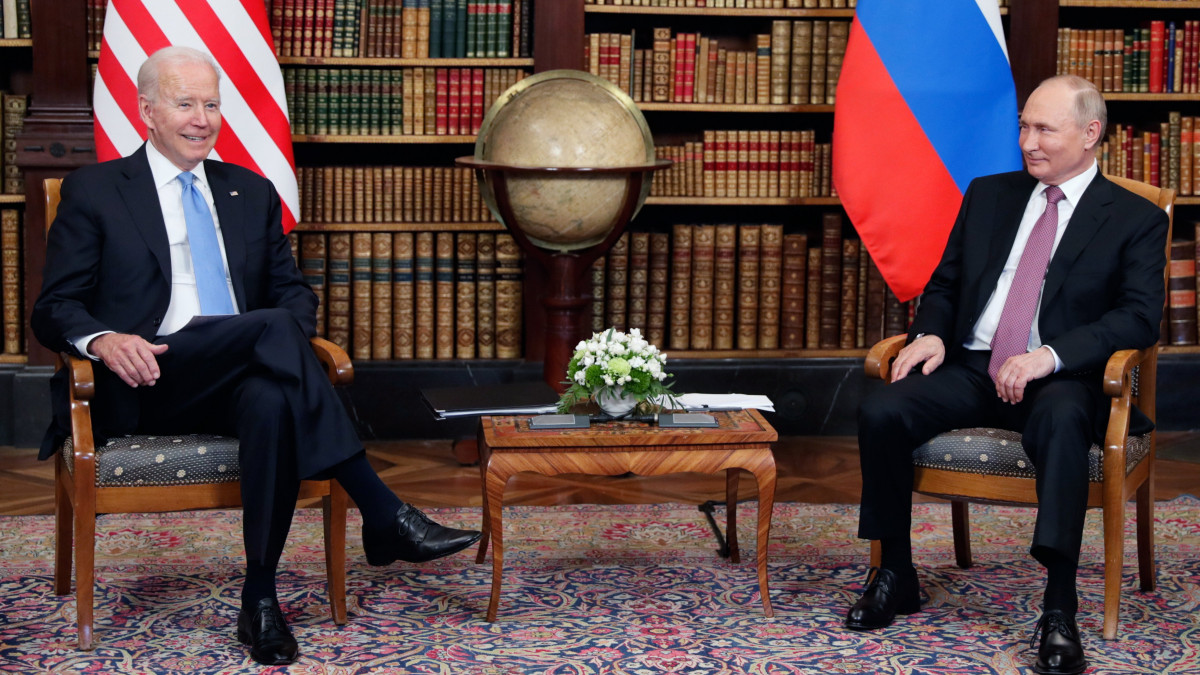 Biden noted that the United States and its allies were providing a “firm response” to a possible Russian attack and were paying Moscow a “quick, heavy price.” He noted that an invasion would cause great suffering to the people and shake the situation in Russia.

The US president also signaled that Washington was ready to continue diplomatic dialogue but was “ready for other circumstances.”

The White House said the two leaders spoke for 62 minutes.

An anonymous U.S. official said the conversation did not change the dynamics seen in recent weeks.

During the conversation, Vladimir Putin rejected “the height of American fanaticism.”

Kremlin’s foreign policy adviser Yuri Usakov told a news conference that the situation in recent days and hours was “absurd.”

“The Americans have announced the day of the Russian invasion while providing military support to Ukraine,” he recalled.

Usakov, however, stressed that the leaders agreed to maintain contact at all levels.

Mr Putin told PTI that Moscow was examining the US president’s proposals for Russia’s demand for security guarantees.

At the same time, he underlined that they have not yet responded to the most fundamental concerns,

And they often repeat NATO’s January 26 offer, to which the Russian response is almost complete.

At the same time, the Russian president pointed out that the arming of Ukraine is a threat and that the current situation could create a situation that could lead to Ukrainian provocation. Putin noted that the West was not putting enough pressure on Kiev to comply with the Minsk conventions aimed at resolving the conflict in eastern Ukraine.

Russia is also reducing its diplomatic presence in Ukraine

Armed conflict between Moscow-allied rebels and the Ukrainian military has been going on in eastern Ukraine since March 2014.

The West accuses Russia of deploying more than 100,000 troops in preparation for an invasion of the Ukrainian border. Moscow denies wanting to attack its western neighbors.

The United States has told its allies that Russia may launch an attack on Ukraine in the coming days. Due to rising tensions, many countries, including Germany, Denmark, the Netherlands, the United States, Britain, Latvia and Estonia, have recommended that their citizens leave Ukraine. Essential members of the US embassy in Kiev have been recalled, and Russia has begun to reduce its diplomatic presence in Ukraine.

The Kremlin has used its focus on the region to express its concerns about NATO’s proximity. Moscow is demanding that the North Atlantic Military Alliance withdraw from Eastern Europe and abandon further eastern expansion.

In response, NATO nations have sent troops and equipment to several member states that share a border with Ukraine.