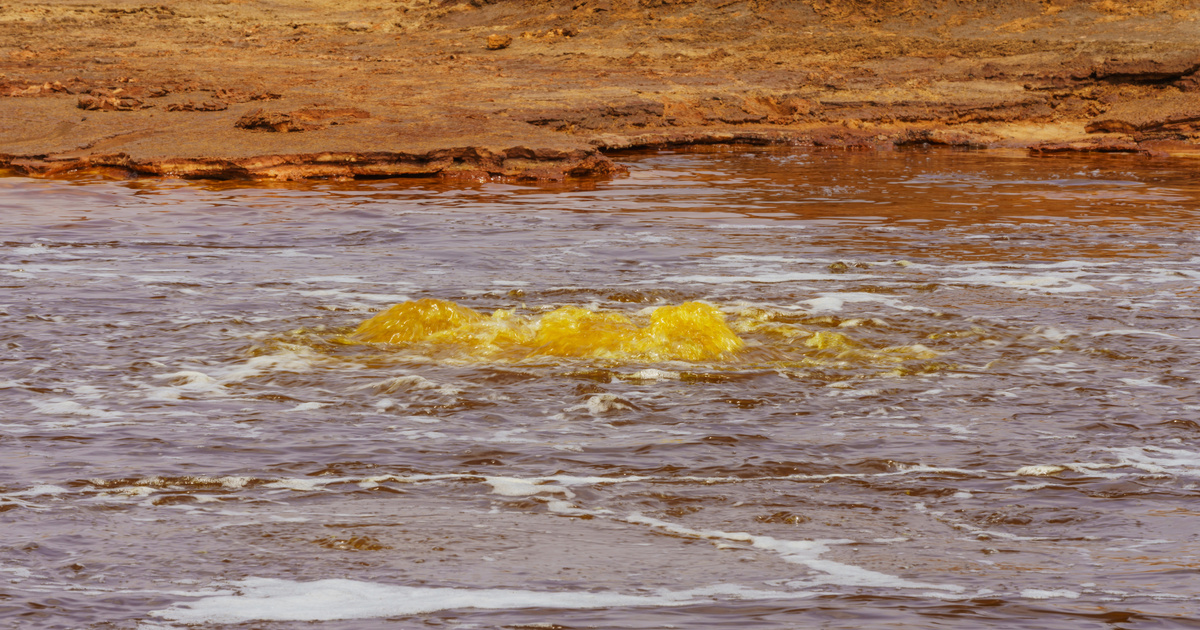 In Ethiopia, the special Talloul volcano is located in the lowlands, where its territory is dominated by geothermal forces and volcanic activity.

This area does not seem to occur even on Earth’s globe: yellow-green-brown in color, interspersed with lakes of hypersaline from volcanic springs, from which salt fields emerge. Researchers in the area have been searching for serious microorganisms, ie organisms suitable for extreme conditions – they have yet to find any indication that any microorganisms will survive in this salty, acidic environment.

Of the waters created here, Lake Cataley also stands out, winning the title of the world’s saltiest lake with its 43% salinity content. It also crosses the well-known Dead Sea water, which, although easy to float, has a salinity of 33.7%.

The iron ores dissolved in Lake Kaitel and its consistency became slightly oily. This is why locals call it Oil Lake or Killer Lake because it releases toxic gases. The air around it is so poisonous that at the moment they die, protected birds and beetles lay on its shores.

Although the Danakil lowlands at the tip of Africa, created by the separation of three tectonic plates, are a unique attraction in Ethiopia, experts warn tourists not to go too close to Lake Cadell.

The article continues after the recommendation

The area is high in carbon dioxide from volcanic activity, which can poison even an adult if inhaled. In their view, bird carcasses can be a warning to everyone – although animals are more likely to die from drinking extreme salt water, they are more likely to be killed by carbon dioxide. Meanwhile, the high salinity has preserved their body as if it had been stored in formaldehyde, and some of the carcasses had been there for a long time so they were covered in thick salt.

It is not dangerous by toxic gas

The exact time of the formation of the lake is not entirely clear, in any case, based on a satellite image, it may have already been in 2003. Presumably, the 2005 earthquake may have reactivated the geothermal spring, which is continuously supplied by salt-acid water.

The water of the lake It is not suitable for bathing in terms of temperature, its water is 50-55 degrees and it is acidic. In addition to gas evaporation, roaming around it is not optimal.

Big Lake Baikal is one of the most specialized lakes in the world.