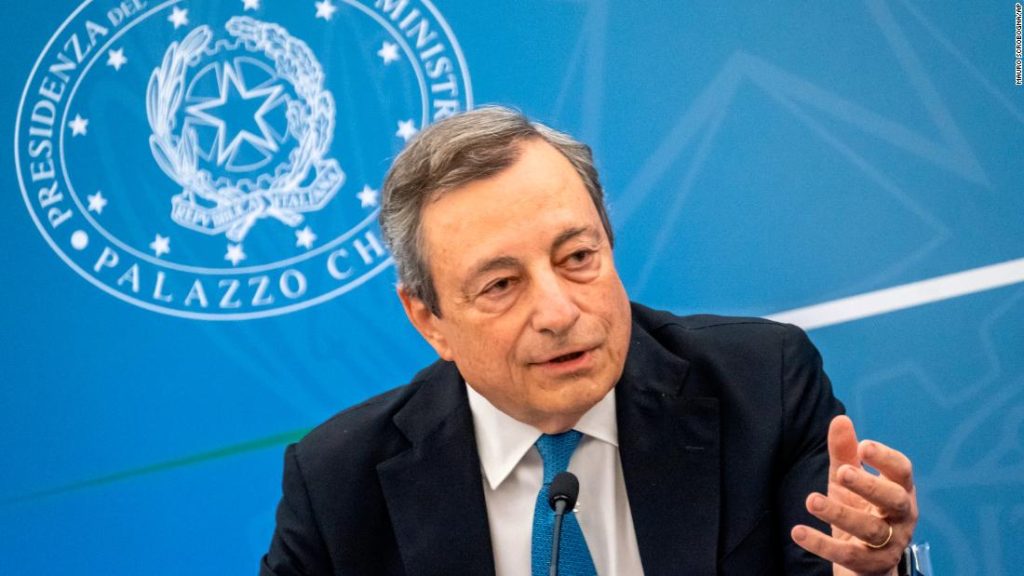 Despite his calls for unity, MPs from three parties boycotted the vote: the powerful Five Star Movement, the largest party in the country’s coalition government. Forza Italia center-right and far-right league.

Draghi is now leading a fractured government teetering on the brink of collapse, and is widely expected to step down.

Foreign Minister Luigi Di Maio said in a tweet on Twitter that the events represented a “dark page for Italy”.

“On this day of madness, Parliament decides to confront Italy,” he wrote on Twitter.

Earlier on Wednesday, Draghi asked lawmakers to support the coalition government in a bid to avoid calling for early elections.

“We need a new trust agreement, sincere and tangible, like the one that has so far allowed us to change the country for the better,” he said.

“If we still wish to stay together, the only way is to rebuild the (national unity) pact with courage, altruism and credibility,” added the former ECB president.

Another former prime minister, Matteo Renzi, thanked Draghi for his efforts after the vote.

“As I said in the Senate, as of tomorrow, nothing will be the same again,” he wrote. “Proud that I wanted him against everything and everyone. Proud to support him even today.”

In order to resign, Draghi will have to submit his resignation to the country’s president, Sergio Mattarella. A presidential source told CNN that the couple had not been scheduled to meet on Wednesday.

Draghi submitted his resignation once, last week, after the Five Star Movement withdrew its support in a parliamentary vote of confidence over a package designed to tackle Italy’s cost of living crisis.

He had said earlier that he would not lead a non-5 star government.

But Draghi’s resignation at the time was rejected by Italian President Sergio Mattarella, urging him to stay and find a solution.