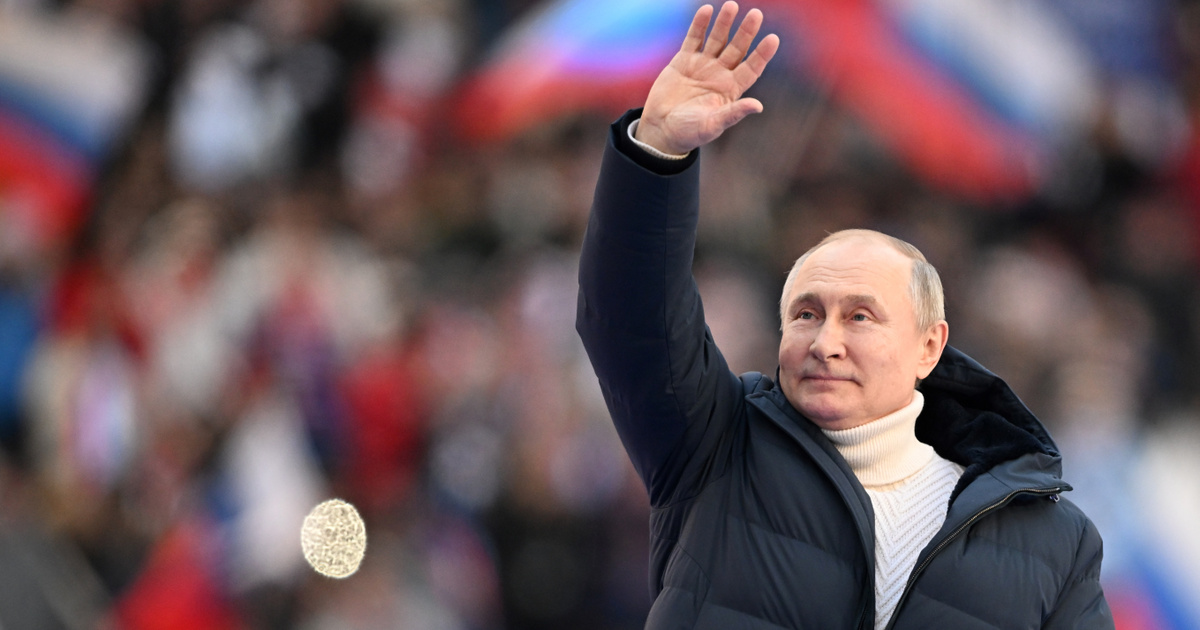 Russia’s action in Ukraine was on the table at the UN (UN) referendum on March 2. Here, 17 African countries voted against or did not vote against Moscow’s condemnation. This is a good sign that the West simply cannot take Africa for granted.

Commonwealth countries are dictatorial regimes that do not condemn Moscow. Or countries with historical and often military ties with Russia

Said Mahama Dawat, a researcher at the University of Malm in Sweden.

African countries are also connected by their culture, race and history, but the response to the European conflict that erupted this year was mixed. African leaders condemned Putin’s occupation and, in view of the growing situation, ultimately make decisions based on their economic or strategic interests. In many countries, this year’s elections have provoked serious domestic political tensions, making it impossible to classify the continent as a politically stable region.

Global challenges such as epidemics, security policy or geopolitical aspirations have previously created many uncertainties in the region. Inflation has been rising in the past, but food and fuel prices and youth unemployment have now reached historic highs.

Poverty levels are rising again, and Africa may now be one of the biggest losers in supply chain problems.

Leaders there face challenges and seek what great power can best serve their interests, and they do not hesitate to do so. Chinese Or accept the assistance provided by the Russians.

According to international relations experts, a “new struggle” is now unfolding in Africa. Over the past decade, Chinese investment in Africa has grown exponentially, but the largest sources of foreign direct investment are still coming from Western countries or companies. Of course, all investments help to stabilize interests and impacts. A statistic illustrates the importance of Africa: Turkey has opened 26 new embassies in Africa in five years, and since 2008 Turkish President Recep Tayyip Erdogan has made 30 visits to the continent.

Western nations need to be prepared for an even bigger role for Africa because of the growing tensions with Moscow. International experts emphasize that Western nations are facing more widespread concerns about Africa than they are losing their competitive advantage.

Not only is Africa rich in natural resources, but it is also geographically close to Europe.

Africa has 54 votes in the UN General Assembly, but the continent has three more votes in the UN Security Council. Thus, Europe’s southern neighbor Russia is an attractive arena to pursue its interests at economic and political expense. A good example of this is Putin’s recognition of the region as a “continent of opportunity” ahead of the 2019 Russia-Africa summit in Sochi. In a statement at the time, he stressed that Russia did not want to participate in the redistribution of the continent’s wealth.

For other reasons, 2019 is an important year in Russian-African relations: just then Putin ordered Russia to cancel $ 20 billion (approximately $ 7,000 billion) in African debt to the Soviet Union. This gesture is a good sign that a mutually beneficial relationship has developed between Moscow and Africa for more than ten years. Not only on a symbolic level, but also important to the renaissance parties of the Soviet past. The continent has significant natural resources, including minerals such as manganese, bauxite and chromium. All of these are in short supply in Russia and are essential to the Russian industry as the Tony Blair Institute for Global Change In his study He drew attention.

The Moscow Times Article According to him, sympathy for Moscow in Africa dates back to the 1950s and ’60s, when he supported the Kremlin’s anti – imperialist and anti – colonial movements and helped fight against apartheid.

Why Moscow opens to Africa is explained by two different, non-specific theories: first, Russia wants to renew its old Soviet-era ties with the continent so that it can access natural resources in exchange for defense assistance.

The other theory is that Putin sees Africa as Eastern Europe: it can assert its interests and thus eventually encircle Western Europe. The Kremlin seeks to shape the sentiments of Africans in two ways: in favor of Russia and against Western governments.

Therefore, after the Ukrainian invasion, Africa may have been one of the most important regions for Russia, and US interest in the continent has waned in recent years.

A potential instability in Africa could affect Europe in many ways, as Putin could seriously affect Europe’s burden and further fuel it. African migration pressures. Therefore, the West urgently needs to make serious commitments to African leaders, proving that it can be a reliable partner – the Tony Blair Research Institute.

As a result of the Ukrainian invasion of Africa, pro-Russian views are emerging, France 24 Reported. Julius Malema, the leader of the African extremist group, stated in March this year that he was with Russia, not NATO, not the United States, and later reiterated:

We want to thank Russia because they are here even if it is not fashionable. Do not doubt our support, teach the West a lesson, the new world order is needed. It is enough if America dictates to us.

Russia’s largest state – owned companies consider Africa a major economic hub. Alroza, one of the world’s largest diamond mining companies, is focusing on expanding its operations in Angola and Zimbabwe – Alroza serves on the Russian Security Council with Sergei Ivanov, an adviser to President Putin and chief executive of the Kremlin.

Similarly, another of Putin’s colleagues, Rosnifty’s owner Igor Shechin, is focusing on Africa. The company is expanding its operations in the region by obtaining (or applying for) permits in Equatorial Guinea, Mozambique, Nigeria and South Sudan.

In 2017, Rosnefti signed an agreement with the Libyan National Oil Company.

This would significantly increase Russia’s footprint in the country. The Libyan government is fighting a coalition of Western governments backed by the United Nations.

Russian nuclear company Roszatom also sees Africa as its primary market. It has signed at least 14 MoUs with African governments on the continuation of nuclear and non-nuclear cooperation. In South Africa, Roszatom, one of Russia’s strongest allies in the region over the past ten years, has signed a $ 76 billion (more than $ 25 billion) deal. While South Africa has previously advocated for renewable energy, the deal has instead focused on nuclear energy. Eventually, the deal was terminated because President Jacob Zuma was embroiled in a corruption scandal. In March 2022, in the midst of the Russo-Ukrainian conflict, he pledged his support for Zuma, whom he called the “man of peace”, and later announced:

Countries like Russia and China, thanks to their strong political and economic independence, have been able to defend their territories from Western tyrants, which is to be welcomed.

But here is a long list of Russian companies, how they can grow in Africa: Russian Lobe Invest In the Central African Republic Expands, searching for gold and diamonds in the country; In Sudan Subsidiary of infamous Wagner mercenary expands; In Mozambique The aforementioned Russian oil company Rosnefty and Nigeria-based Oranto Petroleum signed an agreement in May 2018 to cooperate on oil and gas projects in Africa; The In the Democratic Republic of Congo Alrosa, a Russian company with a 95 percent stake in Russian diamond production, has signed 29 agreements with the Congolese diamond mining company. The trend is certainly clear from these examples. But there are several major economies in Africa Nigeria, South Africa And Kenya It is also a major exporter to Russian agricultural markets.

See also  Index - Game - "Should everyone laugh at us?" - The glass was full at the match

Many research institutes have decided that Africa should be a strategic hub for the West. Analysts now believe that, while it is still possible, it should show its full commitment to the pre-African continent before it is too late and take advantage of the vacuum created by Moscow.