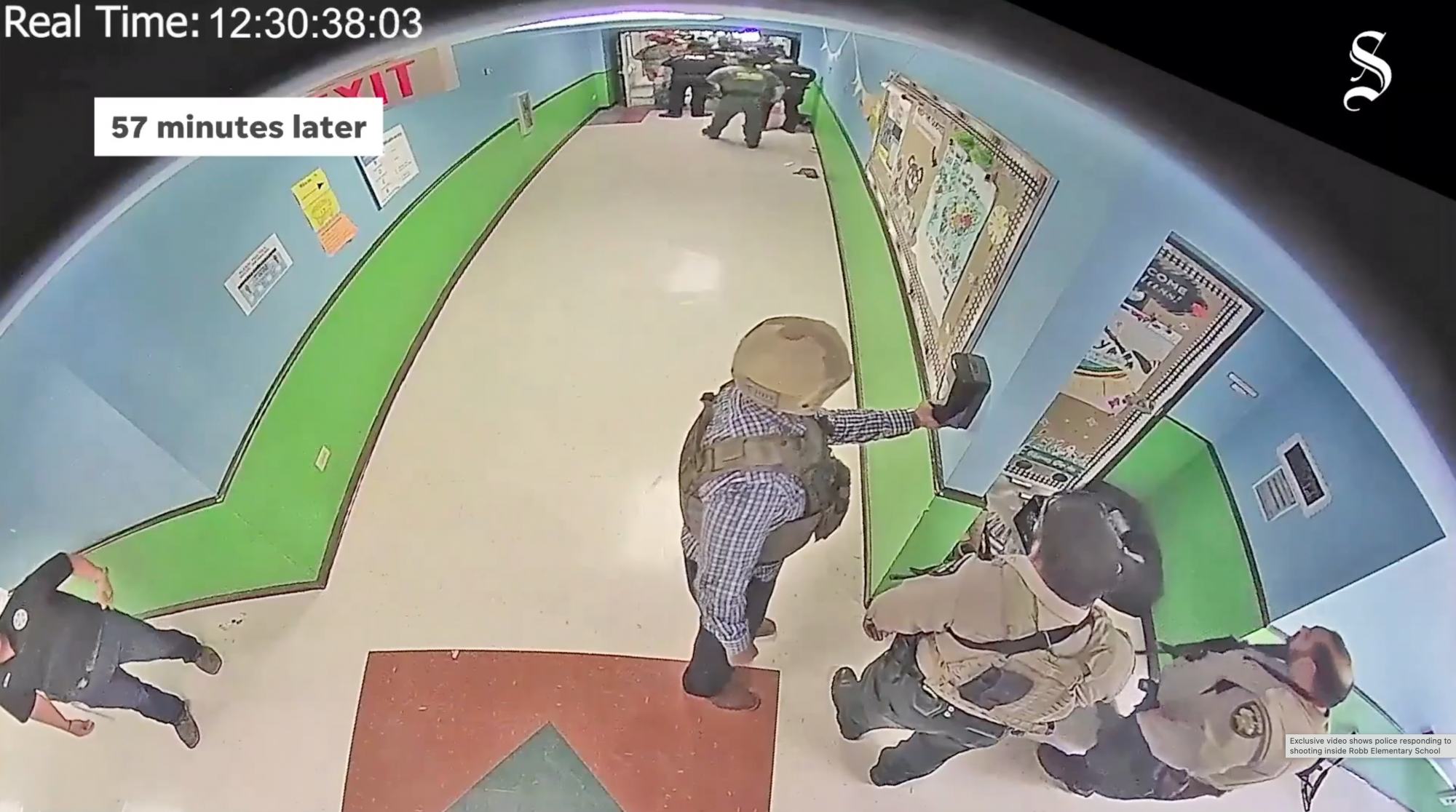 The Austin American-Statesman A local Texas newspaper published the security camera footage About the May 24 school massacreIt shows that the police acted surprisingly slowly: 77 minutes, they did not break down the killer’s door.

Security camera footage from the school shows uniformed men roaming the hallways for more than an hour while gunshots rang out from the hall. The recording also shows two police officers approaching the room, but fleeing after hearing gunshots. The 18-year-old attacker ended up with 19 ten-year-old children and two teachers. Texas lawmakers have so far intentionally not made the video public, but after it was shown Sunday, there was an outcry.

Steve McGraw, director of the Texas Department of Public Safety, said the video was “terrifying evidence” that the police operation had failed. McCraw previously defended the police and the police captain on the scene believed that the attacker, Salvador Ramos, had barricaded himself in the classroom and that the children were not in immediate danger, so the police had time to prepare for the attack. However, Steve McCraw told a state Senate hearing that the door was not locked, and there was no evidence that officers who waited there checked to see if it was locked while other officers searched for keys. (via hvg.hu)