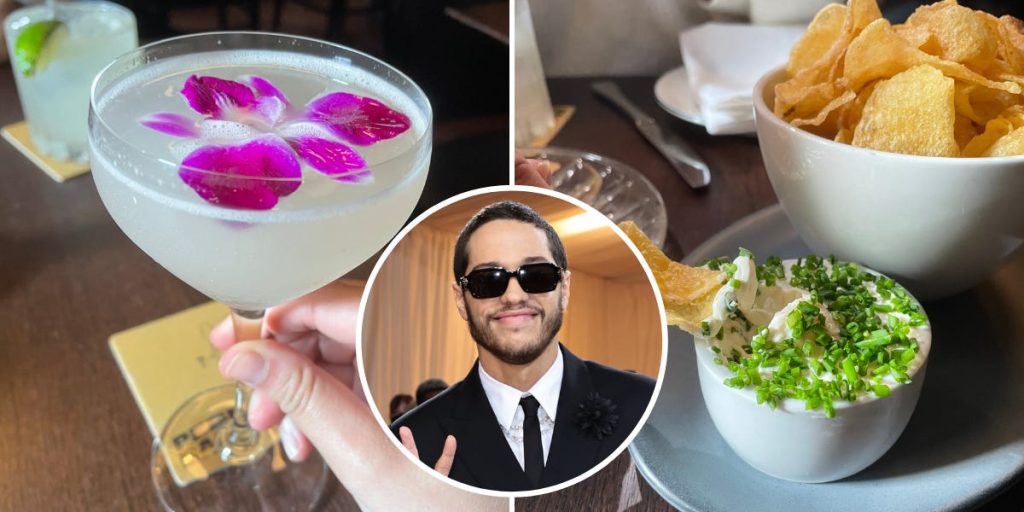 One server mentioned that 500 Miles High and Rawhide Margarita were the most popular and most controversially the best drinks on the menu – of course I took her suggestion.

The first drink our server mentioned was the 500 Miles, which costs $20 and is made using yuzu choux, lychee, St. George’s pear brandy, lime leaf and shiso.

She was right – it was amazing. I have not tasted lychee in particular. I felt it was more prominent in the color of the drink. My palate was able to pick up notes of pear and yuzu, but I think that in general, not one ingredient was so overpowering the others. It tasted as if they had all worked together to deliver a unique flavor that was much appreciated. It was also not overly sweet despite the brandy in it, which I loved. I Not A fan of sweet drinks.

The margarita was also mentioned as a high point on the cocktail list, and after trying it I would agree.

This classic costs $21 and is made with lime and agave and your choice of either Herradura Ultra Añejo tequila or Dos Hombres Mezcal.

When he tasted the margarita, which we ordered with tequila, I was instantly refreshed. It tasted pure and simple, and the sweetness was pretty straight forward rather than sugary.

Both drinks were delicious, and honestly, I wouldn’t mind spending $20+ on them again or even risking $20+ to try a different cocktail on the menu.