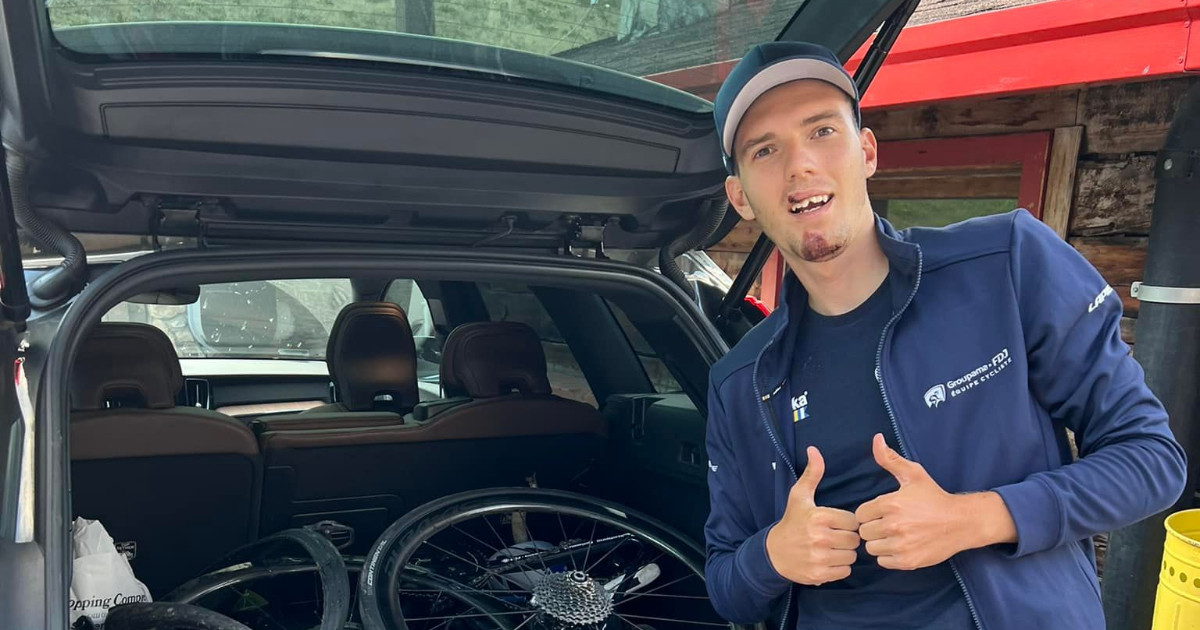 Road cyclist Walter Attila crashed during a training camp in Italy. During training on Wednesday, it crashed into a motorcycle near Bormio. “He misjudged a roundabout and tried to overtake on the inside curve and unfortunately I couldn’t save him” – He wrote on his Facebook page The 24-year-old competitor, and several others immediately helped him, so he was rushed to a hospital in Zondalo.

“Luckily, I didn’t break anything, I didn’t have any permanent injuries, only my pretty little face got slapped off the concrete, but I was planning on getting braces anyway”

According to Walter, such cases do happen, he also discussed what happened to the motorcyclist, and there was no anger between them because it would not heal him fast. “It’s the end of training camp for me, tomorrow I’ll be rehabbing at home, but I think I’ll be back in the saddle pretty quickly,” said Walter, who still doesn’t know the extent of the crash. His planned tournament will affect the calendar.

Last year, Walter wore the overall leader’s pink jersey for three days at the Giro d’Italia, and this year he finished fourth on one of the mountain stages. The Groupama-FDJ contender last competed on June 24, when he won the Hungarian championship jersey for the first time in his career on the field.

Arzu
See also  More details have been obtained: This gospel may affect anyone traveling to the UK