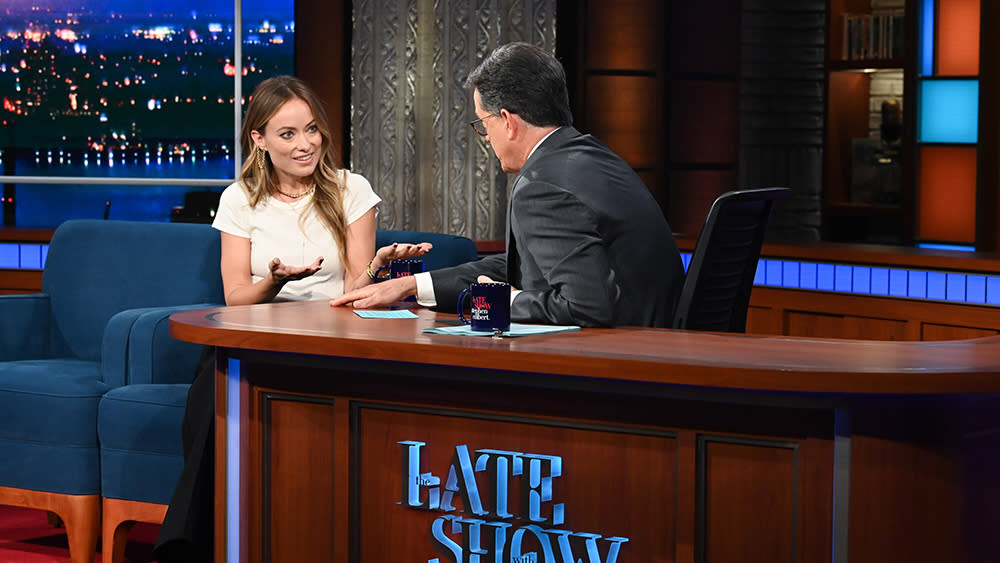 Olivia Wilde She took time to address the swirl of off-screen rumors about her new release “Don’t Worry, Baby,” as it touches on a popular internet theory that its leading man, Harry Styles, spat at his co-star Chris Pine, during the Venice Film Festival premiere of the film Exciting.

“Harry didn’t spit on Chris, actually,” Wilde told Stephen Colbert in a clip from Wednesday’s episode of “The Late Show,” which was released online a few hours before the full interview aired on CBS.

A late-night host shakes the exit a bit, replies in a quick whisper: “Only time will tell. We’ll see.” The interaction brings Wilde to laughter.

“I think it’s a great example, for example, that people will look for drama anywhere they can,” says the director, explaining her interpretation of the popularity of the rumours.

Representing Pine Kan quick negation that the actor was spat at by Styles after the film’s September 5 premiere, calling the narration a “ridiculous story” and a “complete fabrication”.

Styles later jokingly admit The rumor during a concert at Madison Square Garden, two days after the supposed incident: “It’s so, so cool, so cool to be back in New York. I jumped so fast to the gun to spit on Chris Pine. But don’t worry, we’re back!”

The supposed drooling story is just one off-screen story that has haunted “Don’t Worry Baby” in recent weeks. Star Florence Pugh and Wilde didn’t stand together on the Venice red carpet, fueling rumors that the two had a falling out during the film’s production.

In the film, Wilde said, “Florence is strength.” Venice press conference When asked to “purify the air” about the online discussion. “For all the endless tabloid gossip and all the noise out there, the internet feeds itself. I don’t feel the need to contribute; I think it feeds enough.”

Warner Bros. will open “Don’t Worry Baby” is in theaters on Friday.