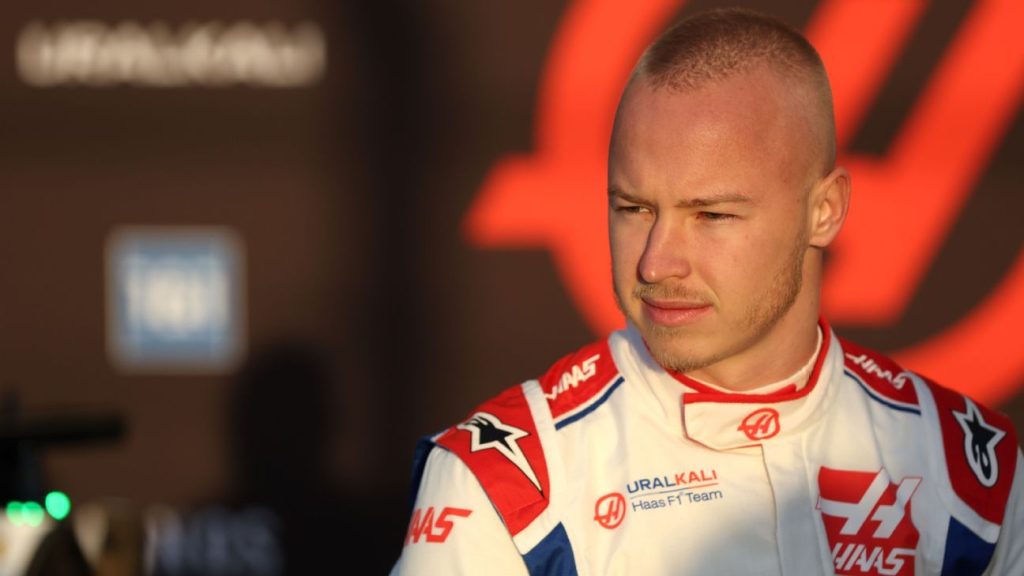 It was announced on Wednesday that licensed Russian drivers, such as Haas driver Nikita Mazepin, will not be allowed to compete in the British Grand Prix.

David Richards, Chairman of Motorsport UK, and the organization’s governing body confirmed in a statement that licensed Russian and Belarusian competitors will not be approved to participate in UK motorsport events, which could prevent Haas driver Mazepin from racing at Silverstone on July 3.

The announcement comes after the FIA ​​decided on Tuesday to allow drivers from Russia and Belarus to continue racing under a neutral flag, allowing Mazepin to remain in Formula 1 with Haas.

However, there is a possibility that Mazepin could still compete in the British Grand Prix if it is able to obtain a license from another country.

“The entire UK motorsport community condemns the hostilities of Russia and Belarus in Ukraine and expresses its solidarity and support towards all those affected by the ongoing conflict,” Richards said.

On Tuesday, the World Motorsport Council (WMSC) confirmed that no international FIA competitions would be held in Russia and Belarus until further notice, although F1 announced last week that this year’s Russian Grand Prix would be cancelled.

FIA President Mohamed Ben Sulayem said the WMSC’s decision was “in line with recommendations made recently by the International Olympic Committee”.

See also  Roman Abramovich: Death and destruction in Ukraine overshadow the legacy of the Russian oligarchy in Chelsea

“As you know, the FIA ​​is watching developments in Ukraine with sadness and shock, and I hope that a quick and peaceful solution to the current situation will be found. We condemn the Russian invasion of Ukraine, and we think of all those who suffer as a result of it,” Ben Sulayem said.

“I would like to confirm that the FIA, along with our promoters, acted proactively on this matter last week and communication has been made accordingly in Formula One, Formula 2, WTCR and the International Drifting Cup.”

The WMSC decision added that no Russian or Belarusian national teams would be allowed to participate in international competitions, and that “Russian/Belarusian symbols, colors and flags (uniform, equipment and vehicle) should not be displayed”.

The statement added that Motorsport UK’s decision was taken in full consultation with the UK government and national sport management bodies.