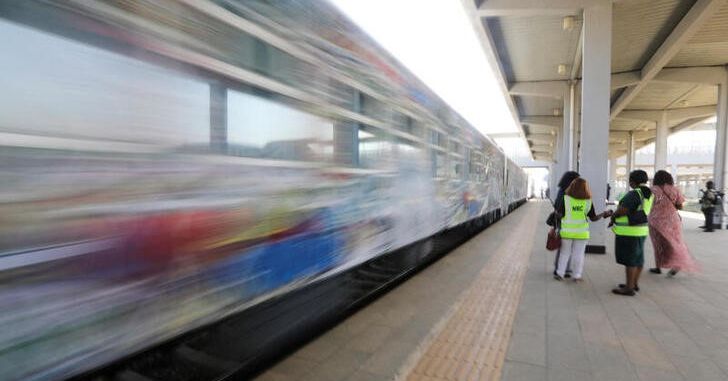 The attack is the latest example of the growing insecurity that has spilled over into every corner of Africa’s most populous country, challenging the government ahead of February’s presidential elections.

Armed herdsmen attacked Tom Ikeme station at 4 p.m. (1500 GMT) while passengers were waiting for a train bound for Warri, an oil hub in nearby Delta state, police said in a statement. The station is located approximately 111 km northeast of the state capital, Benin City, and close to the border with Anambra State.

Police said some people at the center were injured in the attack.

Edo State Information Commissioner Chris Osa Nehikhar said the kidnappers had kidnapped 32 people, although one of them had already escaped.

“Currently, the security men consisting of the army and police as well as the men of the guard network and fishermen are intensifying search and rescue operations within a reasonable radius to rescue the kidnapped victims,” ​​he said. “We are confident that other victims will be rescued in the coming hours,” he added.

The Nigerian Railways Authority (NRC) closed the station until further notice and the Federal Ministry of Transport described the kidnappings as “utterly barbaric”.

Last month, the Norwegian Refugee Council reopened a railway service linking the capital, Abuja, to the northern state of Kaduna, months after militants blew up the railways, kidnapping dozens of passengers and killing six people.

The last hostage taken in the March attack was not released until October.

Insecurity is rampant across Nigeria, with Islamist insurgencies in the northeast, banditry in the northwest, separatists in the southeast, and clashes between farmers and herders in the central states.

(Reporting by Tefi Olabi). Additional reporting by Felix Onuah in Abuja and Gharba Mohamed in Kaduna; Editing by David Holmes