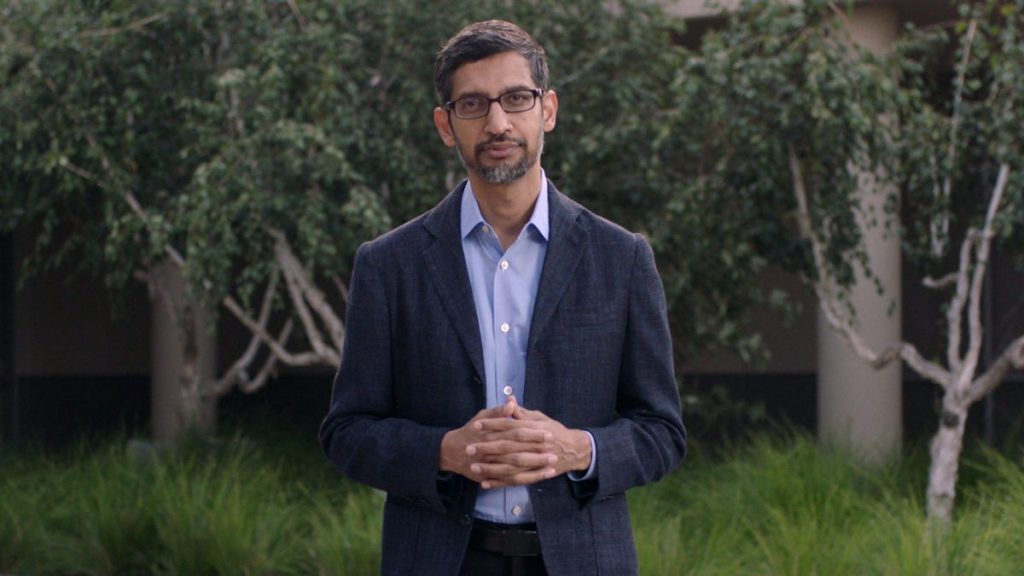 Google CEO Sundar Pichai is reportedly calling on his employees to implement the “Simplicity Sprint” initiative that aims to sourcing employee ideas around product development, increasing efficiency, and “getting better results faster.” The proposal comes on the heels of a hiring freeze and A series of disturbing emails containing some Google employees are worried about possible layoffs.

The so-called Simplicity Sprint, first mentioned On CNBC, it was reportedly brought up during a corporate board meeting last week. Pichai reportedly told employees they could share their ideas until August 15 through an internal survey. The survey reportedly includes investigation questions in the regions Where the company can make cuts, according to a copy seen by CNBC.

Pichai has reportedly made it clear that efficiency at the company is not where executives want it, especially in light of this disappointing Q2 results. Google’s total revenue was just below analysts’ expectations while revenue growth slowed to 13%, down from 62% over the same period a year earlier.

Pichai reportedly told employees, “I wanted to give some extra context after our earnings results, and ask for your help as well.” “It is clear that we are facing a challenging macro environment with more uncertainty going forward.”

On the issue of layoffs, Google Chief of Staff Fiona Cicconi said the company is still hiring some important roles and has no current layoffs plans, but she hasn’t completely ruled out layoffs.

Cicconi reportedly said, “We’re asking teams to be more focused and efficient, and we’re working to define what that means as a company as well.” “While we cannot be certain about the economy going forward, we are not currently looking to reduce the overall workforce at Google.”

Google did not immediately respond to Gizmodo’s request for comment.

Last week’s meeting represented the latest in a series of disturbing and sometimes encrypted communications between Google executives And employees are hinting at potentially difficult times ahead. Early last month, Pichai reportedly sent an email to staff urge employees to be “more entrepreneurial,” and he said the company would shift its focus to hiring for “critical roles” going forward. Just weeks later, Google reportedly sent a follow-up email where this was done announce The company will implement a two-week hiring freeze. The freeze came after the company reportedly brought in about 10,000 new workers in the second quarter.

“We will use this time to review our headcount needs and align with a new batch of priority job applications for the next three months,” Google Vice President Prabhakar Raghavan said in the email. he got it the information.

Google’s warning to its employees reflects a broader sense of unease across the tech industry. A recent Crunchbass Analytics It found that the tech industry had lost more than 30,000 jobs this year as of late July. These came from almost every corner of the sector, from electric cars giants like Tesla To the heavyweight of cryptocurrency Queen Piece.

There are signs that pressure could come to the big tech giants, too. Last month, a senior executive of Meta advised Managers to “move out”, underperforming employees. A month earlier, CEO Mark Zuckerberg was reported to have considered cutting engineer hiring by 30% for the remainder of the year, to me Leaked question and answer. Zuckerberg repeated those bleak sentiments during an all-hands meeting last week where he was said to have said the company had hired hard during the pandemic, according to Reuters. Notes.

While the recent downturn in the tech industry represents the clearest explanation for Google’s recent cautionary language, Pichai has faced criticism from some who have said his leadership in the company is tied to to a decrease in performance. 15 current and former Google CEOs Talking to The New York Times last year blamed Pichai for not moving quickly enough on business decisions and creating an environment crippled by bureaucracy. Some former Google executives, such as Noam Bardeen, have accused Pichai of lacking the risk appetite that is so much a symbol for tech industry executives.

Bardeen “Innovation Challenges” wrote in Blog post “It will get worse as the risk tolerance decreases.”