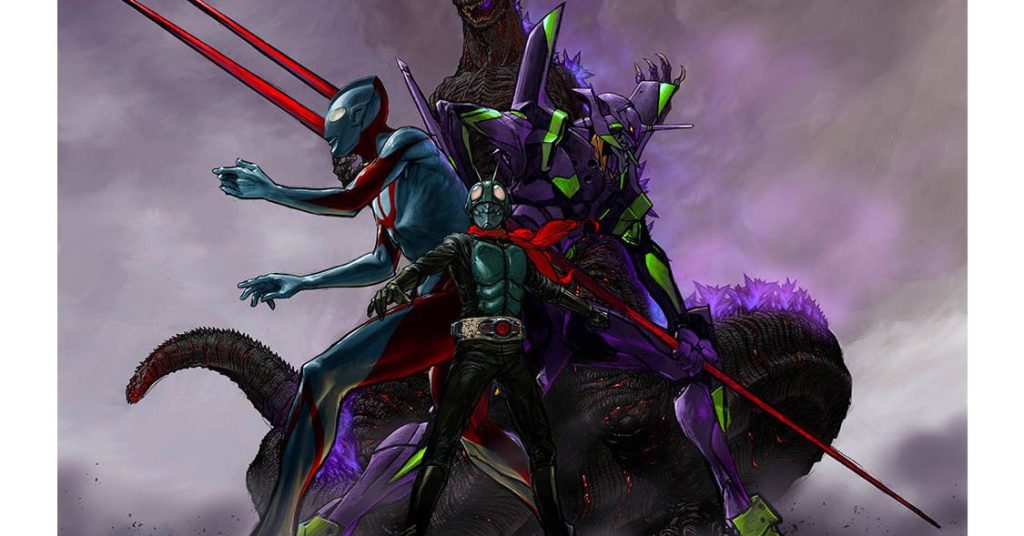 The giants of Japanese industry are teaming up for a new cinematic world based on distinctive features. Owns Toho, Toei, Khara, and Tsuburaya Productions announce The upcoming launch of Shin Japan Heroes Universe, which will include representations from the Godzilla, Ultraman, Kamen Rider and Evangelion franchises.

Toho is the company that created Godzilla, Toei is behind Kamen Rider, Tsuburaya produces Ultraman, and Khara is the animation studio he founded Neon Genesis Evangelion Creator Hideaki Anno. Founder of Tsuburaya Productions, the late tokusatsu Special effects pioneer Eiji Tsuburaya has done movie effects for both the Godzilla and Ultraman series.

So, while no new projects have been announced yet, the idea of ​​a cross between these properties under the theme of “shin,” which means “new” in Japanese, isn’t coming from anywhere. However, adding Evangelion to the mix, as well as announcing a clear world where IPs will interact with each other, sets the stage for some unprecedented cinematic battles. As if Tokyo-3 didn’t have enough to eat without Godzilla showing up.