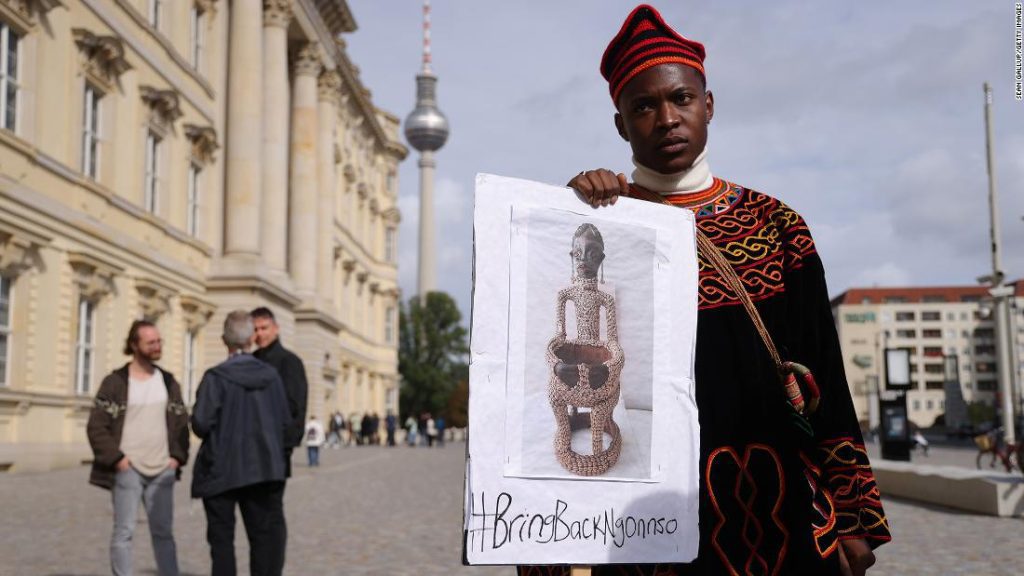 Germany will return a statue of a goddess that was stolen from Cameroon 120 years ago, the Prussian Cultural Heritage Foundation said on Monday. Part of a growing trend To return artifacts captured during the colonial era.

The female character, known as Ngonnso’, will be brought back to the Kingdom of Nso’ in northwest Cameroon. Colonial officer Kurt von Pavel took it and donated it to the Ethnological Museum in Berlin in 1903.

Bring Back Ngonso, a civil society initiative, has been campaigning for the statue’s return for years, with the Nso people saying they have suffered many disasters since the statue was stolen.

“The Ngonsu family has a central role in the Nsu tribe, where it is considered a mother goddess,” the foundation said in a statement.

She added that the artifact had not been removed by war looting from Kombo, the capital of the Nsu Kingdom. The foundation said Pavel was accompanied by armed soldiers in Cameroon, which would have frightened members of the Nsou family.

The foundation also announced that it will return 23 items to Namibia and is planning an agreement to return the items to Tanzania.

Germany, which lost all of its colonial territory after World War I, was the third largest colonial power after Britain and France. However, its colonial past was ignored for decades while historians and politicians focused on the legacy of Nazi crimes, including the Holocaust.

last year, Germany announced its intention To return the Benin Bronze to Nigeria and apologize for its role in the slaughter of the Herero and Nama tribes of Namibia over a century ago.

But its museums still host many famous artifacts, such as parts of the Iraqi Babylon Gate, which are on display at the Pergamon Museum in Berlin.

Foundation president Hermann Barzinger said that things need not be taken in an unfair context, such as looting, to be worth returning home.

“The special significance – the spiritual in particular – of something to the original community can also justify a return,” Barzinger added.

The news was warmly welcomed in Cameroon, said Mbingelo Giles Yomo Nedzoira, Prince of the Kingdom of Nso.

“After more than 120 years, we can only remain happy because it is a moment of remembrance and closer to our ancestral bonds of love and solidarity,” Yomo Nyodzuera told Reuters.

“The message remains to reunite the spiritual sage and ancestors with the mother and founder of this great dynasty,” Yomo Nyodzuera said.