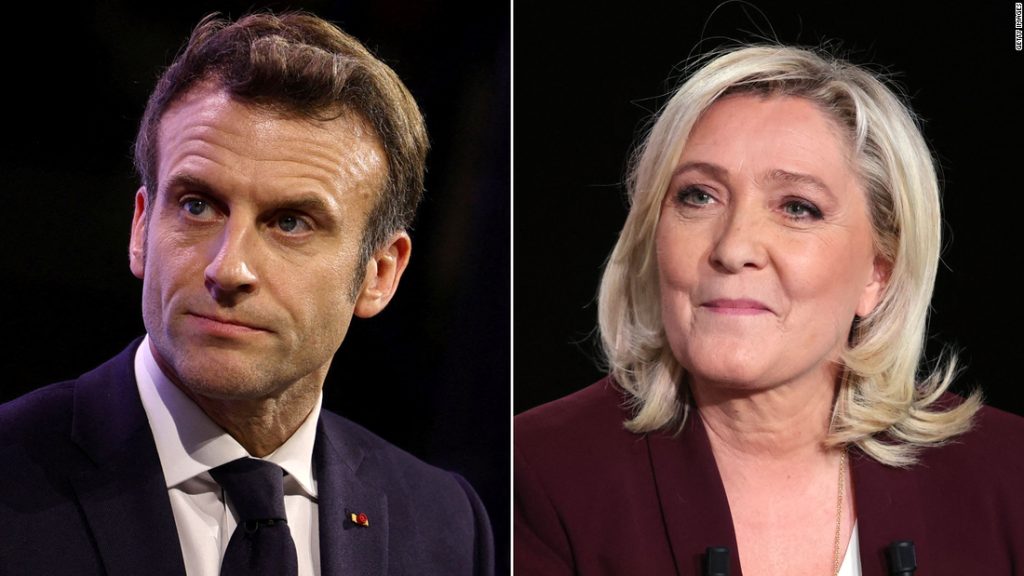 Macron, the current president of France, appears poised to secure 28.6% of the vote from the first round of elections on Sunday, putting him in first place, according to an analysis by pollster Ifop-Fiducial for French broadcasters TF1 and LCI. Le Pen, the French far-right’s long-standing standard-bearer, is on track to take second place with 23.6%.

Twelve candidates ran for the highest office. With none of them receiving more than 50% of the vote in the first round, the two top candidates will face each other in the run-off on April 24.

The contest was marked by apathy among voters, with voter turnout estimated at 73.3%, according to Ifop-Fiducial, the lowest in the first round in 20 years. While Macron looks set to win the first round, he is a polarizing figure whose popularity has waned during his first term.

Macron urged voters to go out for the second round in a speech after polls closed.

“Nothing has been settled and the discussion that we will have over the next 15 days will be decisive for our country and for Europe,” he said. “I do not want a France which, having left Europe, will have its only allies populist internationalism and xenophobia. This is not us. I want a France faithful to humanity, to the spirit of the Enlightenment,” he said.

Macron is seeking to become the first French president to win re-election since Jacques Chirac in 2002. And while opinion polls have given him a steady lead on the field, the race has increased significantly last month.

An Ifop-Fiducial poll on Sunday showed Macron would win the second round against Le Pen with just 51% to 49%.

Le Pen’s support has risen steadily in recent weeks. Although she is best known for her far-right policies such as severely restricting immigration and banning Islamic headscarves in public, this time she has run a more mainstream campaign, toning down her language and focusing more on pocket issues such as the rising cost of living. , a major concern to French voters.

And the controversial leftist Jean-Luc Mélenchon came in third with 20.1%, according to an analysis of preliminary results. Mélenchon enjoyed a late rise in support and was considered a potential candidate for the Black Horses to challenge Macron.

Experts say who these voters choose in the second round could decide the presidency. Mélenchon told his supporters that “we must not give a single vote to Ms. Le Pen”, but did not explicitly support Macron.

According to the analysis, no other candidate received more than 10% of the vote. Far-right political commentator-turned-presidential candidate Eric Zemmour, who had a seat among the top three candidates as of March according to an Ifop poll, came fourth with 7%.

Candidates from the traditional center-left and centre-right parties, Socialists and Republicans, have already supported Macron.

Socialist candidate Anne Hidalgo said Le Pen’s victory would instill in France “the hatred of everyone against everyone”, while Republican Valérie Pecres said she was genuinely concerned for the country because “the far right has never been.” I’m about to win.”

Macron’s political rise has shattered the playing field, as his centrist political party has pulled its supporters away from the traditional centrist parties, the Socialists and Republicans. Its candidates scored less than 5% on Sunday.

Polls before the race showed that the second round of Macron’s match against Le Pen was the most likely outcome. Macron easily beat Le Pen five years ago, but experts said the second contest between the two will be much narrower than in the 2017 race.

Macron is no longer a political arrogance and should operate with a mixed record. While his ambitious plan to bolster the EU’s independence and geopolitical weight has earned him respect abroad and at home, he remains a divisive figure when it comes to domestic politics. deal with yellow jacket movementone of the most protracted protests in France in decades, has been widely criticized, and its record in the Covid-19 pandemic is inconclusive.

Macron’s signature policy during the crisis – requiring people to show proof of vaccination to go about their lives as usual – has helped boost vaccination rates but sparked minority anger against his presidency.

Macron, so far, has not campaigned very few. Experts believe his strategy was to avoid political vilification for as long as possible to slander him as the most presidential of all the candidates. The poll showed that he consistently leads all the candidates, and he was considered one of the candidates for the second round.

An Ifop-Fiducial poll on Sunday showed Macron would win the second round against Le Pen with just 51% to 49%.

“No matter how much they hate Le Pen, there is a huge difference between her and Macron, and how she will disrupt European and world politics.”

Le Pen tried to portray herself as A completely different candidate than the one who easily lost to Macron in 2017, when she tried to position herself before the forgotten French working classes as her country’s answer to then-US President Donald Trump. While her economic nationalist stance, her views on immigration, Euroskepticism, and attitudes toward Islam in France remained unchanged, Le Pen sought to broaden her appeal.

The competition was initially expected to be a referendum on the far-right’s dominance of French politics, but the war in Ukraine – another major issue for voters – turned the race on its head.

Macron has retained his grip on the number one spot in most opinion polls ahead of this year’s elections. An Ifop poll found that his support peaked in early March, as potential voters rallied around the flag and rewarded the president for his attempts to mediate the conflict in Ukraine before the Russian invasion, even if it was a failure.

Many experts also expected the war to hurt Le Pen, who was an outspoken admirer of Vladimir Putin, the Russian leader who had become a pariah in the West over the Kremlin’s decision to invade Ukraine in late February. Le Pen visited the Russian president during her 2017 election campaign, but this time, she was forced to cancel a post with a photo of her and Putin from that trip after Russia’s unprovoked attack on its neighbor.

Thomas, CNN’s Europe affairs commentator, made it clear that upcoming discussions will be crucial if Macron is to convince voters that Le Pen’s previous support for Putin should rule her out.

“She will be weak on a number of domestic issues, but she will have a hard time persuading voters of her foreign policy credentials, especially given her longstanding ties to Russia,” he said. 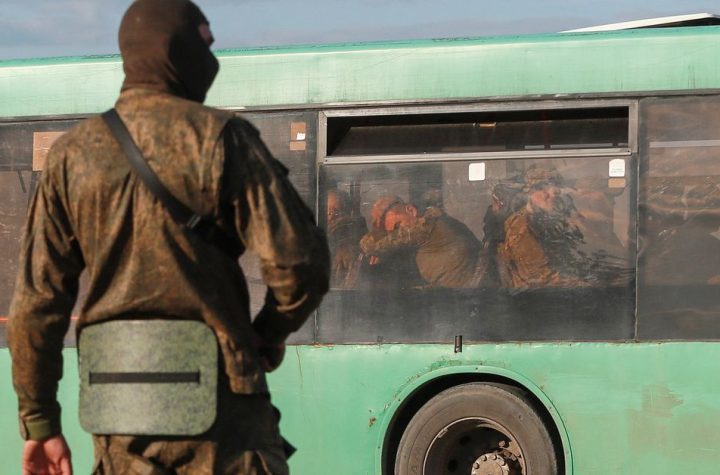 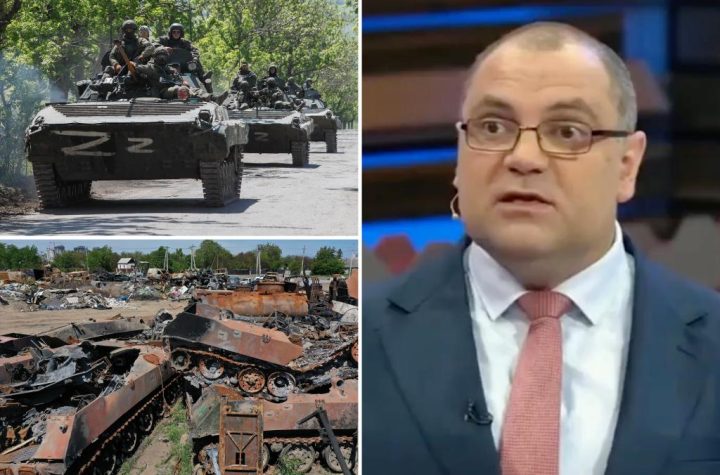