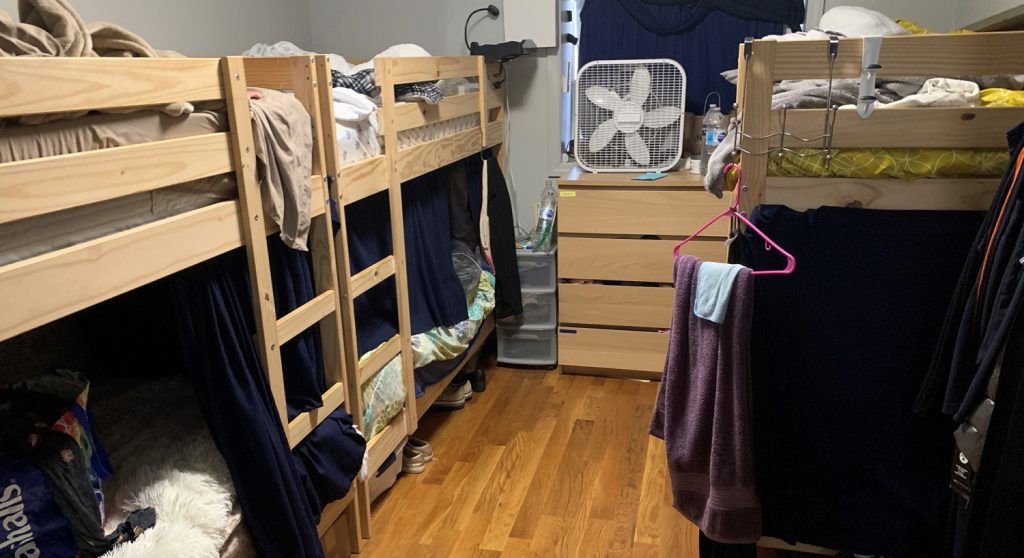 East Boston (CBS) – Employees of an airline have been found illegally renting an apartment in East Boston. Boston Inspection Services says 12 people, all flight attendants, were living at the property on Geneva Street during their layoff.

“As far as I understand, they’ve been working there for about 10 years, so they’ve been under the radar for a long time,” said Flavio Deviga of Boston Inspection Services. “They just use it as a point of rest like a refresh and then continue their flights or return to their home base.”

The building was a garage that was converted into an apartment. After receiving a complaint on Tuesday, investigators found several violations inside, including illegal construction, missing smoke detectors and hazardous materials.

The people residing there are believed to have paid $300 a month. Inspection services say it was a tenant living in the apartment who called to report problems inside.

The accommodation was deemed inappropriate, so everyone staying there was asked to leave. The owner will now have to submit permits to the city to make it a livable space before anyone is allowed to return to it.

Izer
See also  Adani's bid of $2.5 billion emerges from the equity crisis with the backing of investors